Women are the fastest growing incarcerated population in the U.S. Just four percent of the world’s female population lives in this country, yet nearly one-third of all the female prisoners in the entire world are held here. Most of these women are mothers, and their incarceration ripples through their families and communities. Still, when you think about the image you have of our mass incarceration crisis, it probably is not a mother who comes to mind.

These women do not need to be behind bars. Many of them — as many as 60 percent in local jails — haven’t even had a trial, much less been convicted of a crime. More than half of the women in prisons and jails (56%) are incarcerated for drug or property offenses, and Black women are two times as likely to be incarcerated as white women. Not only does their incarceration not make anyone safer, it actually perpetuates cycles of mass incarceration by removing primary caretakers who are central to economic and social fabric of their communities.

Below are the stories of three women, whose experiences share how the vicious cycle of criminalization and incarceration impacts women, their families and their communities.

Faith Bartley is an organizer, an artist and a formerly incarcerated woman. In 2005, she was arrested for misdemeanor charges. She sat in jail for three months because she couldn’t pay her $260 bail bond. During that time, she lost her job and her apartment. Faith’s cycle of criminalization became a self-fulfilling prophecy of poverty. She had a hard time getting a job due to her criminal record. Employers who were willing to hire her paid her under the table for extremely low wages. She became a target for exploitation.

Faith was able to beat the cycle of recidivism. Today, she works at People’s Paper Co-op, a nonprofit that employs formerly incarcerated people to help them build the skills they need to thrive. She is in college and working to start a nonprofit to support formerly incarcerated women. “If I had some support like what I'm trying to offer now, I probably would've broke the cycle of recidivism a long time ago.” 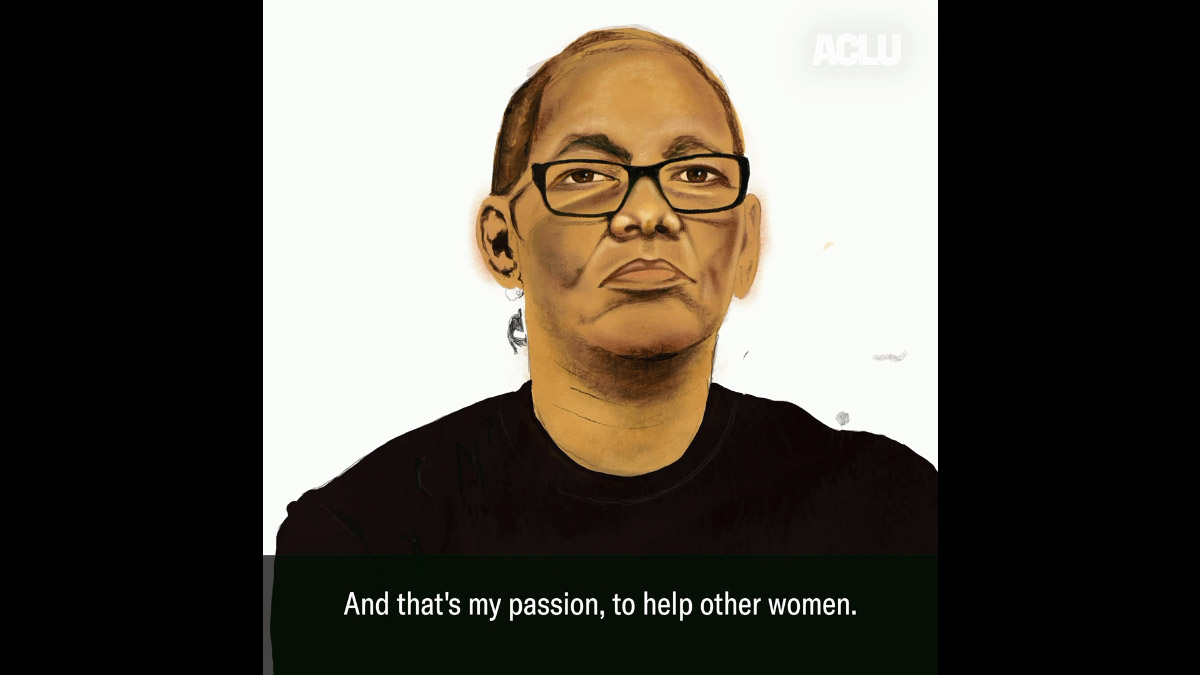 Lauren Johnson had just learned she was pregnant a few days before she was incarcerated for drug possession. She had her first child in jail and was only able to spend two days with him before he was taken from her and she was sent back to her cell. Upon release, she committed herself to recovery. She married her son’s father —they had two more children and bought a home.

A number of years later, Lauren had a relapse and was arrested for possession of trace amounts, a felony in Texas. She was caring for three children under the age of seven, as well as her grandmother who lived in a nearby county. She was taken from her family and put into the criminal justice system at a moment when she needed treatment, support and accountability, not a jail sentence. Today, Lauren is an activist and an organizer for criminal justice reform at the ACLU of Texas. She believes the mass incarceration crisis will continue to impact women until they’re “able to access treatment and services without having to go through the criminal justice system to get there.” 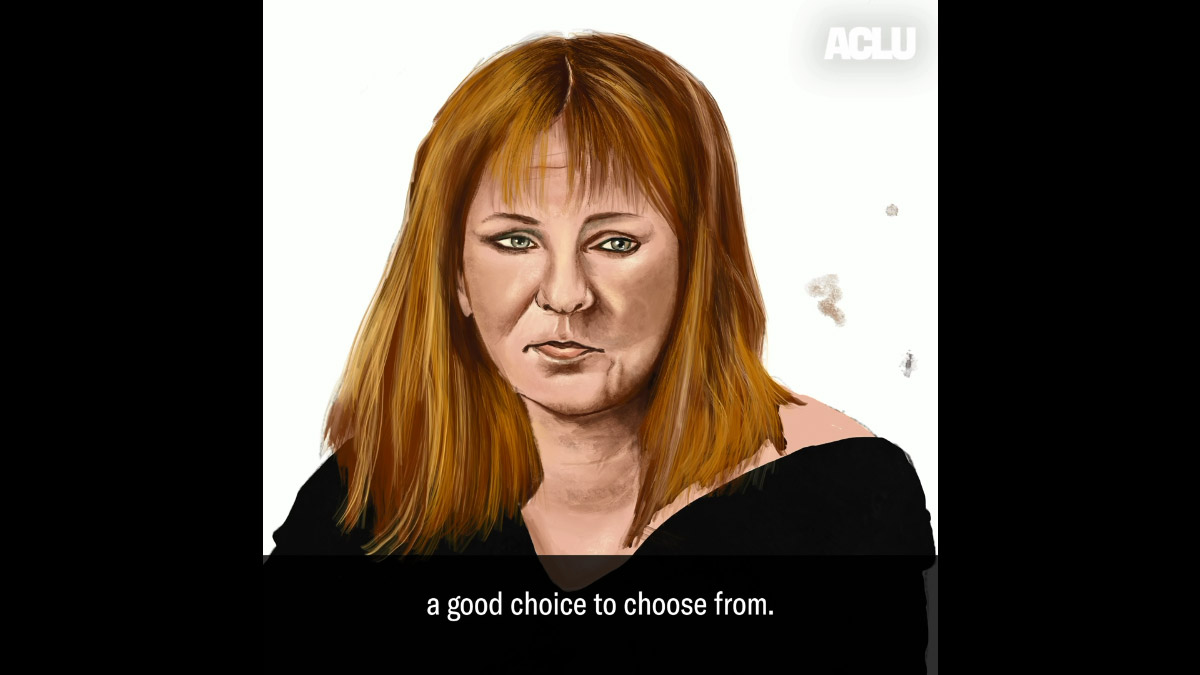 Dana Lomax-Williams’ father was a bishop and her mother was a pastor. Growing up, her father always told her, “it only takes one.” So when she found herself in prison and saw firsthand the way women in the system were routinely violated and strip searched by male guards, she did what came naturally to her—she educated herself and organized. Dana was sent to solitary confinement on numerous occasions for being “noncompliant.” But she continued to read books that outlined her rights, write to human rights organizations, and organize with her fellow women. “So many of us have been abused sexually before we get sent to prison,” she explains. “It’s not right that they treat us like this.”

Eventually, the state of Pennsylvania heard her message, changing the law so it is illegal for male guards to search incarcerated women. 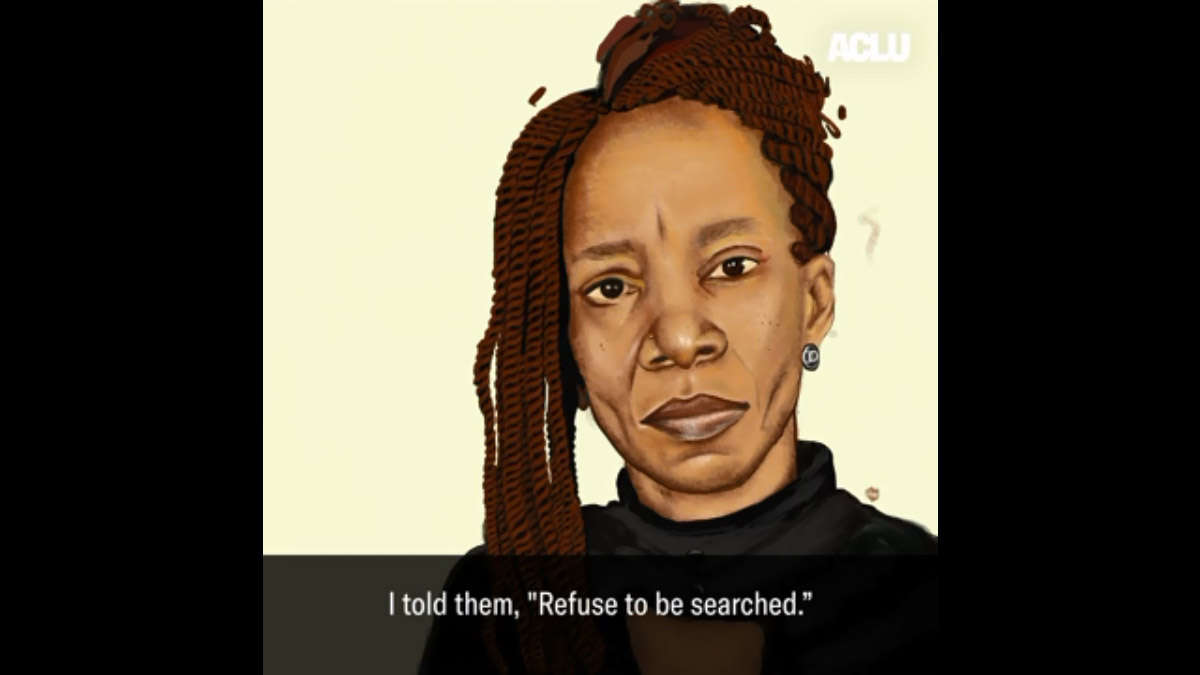 Note: when we refer to "women in prison," we're talking about people incarcerated in women's facilities. That includes some non-binary people, as well as transgender men. Many prisons refuse to recognize the gender identity of trans people, which means a number of trans women are also housed in male prisons.↩