After DOMA: What It Means For You 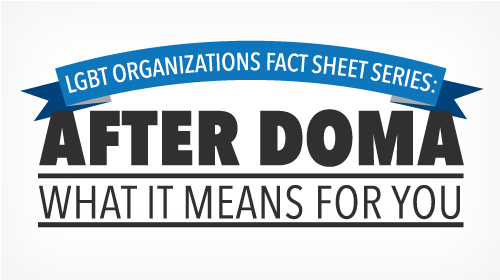 There are more than 1,100 places in federal law where a protection or responsibility is based on marital status. The ruling striking down DOMA will not be effective until 25 days from the decision, but even when effective, federal agencies—large bureaucracies—may need and take some time to change forms, implement procedures, train personnel, and efficiently incorporate same-sex couples into the spousal-based system. Until same-sex couples can marry in every state in the nation, there will be uncertainty about the extent to which same-sex spouses will receive federal marital-based protections nationwide. For federal programs that assess marital status based on the law of a state that does not respect marriages of same-sex couples, those state laws will likely pose obstacles for legally married couples and surviving spouses in accessing federal protections and responsibilities.

Implementation of federal rights, benefits, and protections will vary from state to state and on an individual basis. We encourage you to consult a legal or tax professional to determine the best next steps you can take. These resources are intended to provide an educational overview, not to serve as legal advice or a guide for making personal financial decisions.