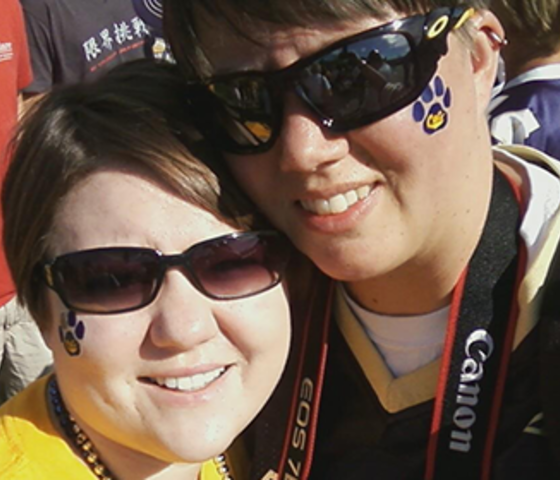 It’s a cliché, Angie jokes. She and Tonya met playing on the same softball team in 2009. “My first up to bat warming up, I hit a foul ball right into her car. Pretty sure it was the universe connecting us.”

The couple enjoys going to baseball and MSU football games and travelling.

In 2010, Tonya legally changed her last name to Angie’s last name, Rolando, to reflect the commitment the two share. But they would like to get married to have that love and commitment legally recognized. Beyond the protections it would provide them, they believe marriage equality is a fundamental human right.

“My every day is her,” says Angie. “I can’t think of a part of my life without her connected to it.”