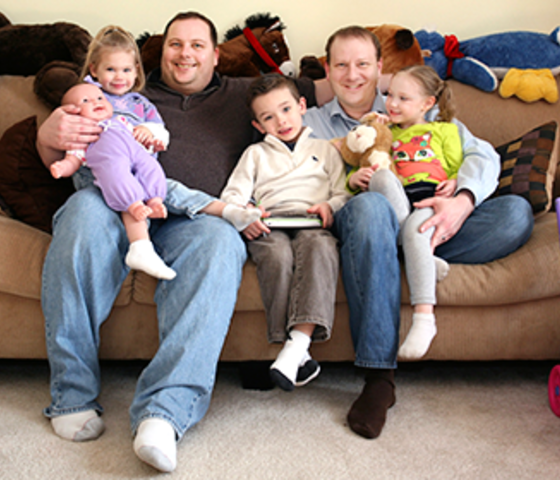 Racine. Bill and Dean, both 40, live in Racine with their three children, ages 5, 4, and 2. Bill grew up in Racine, and he commutes four hours a day to work in Chicago so that he, Dean, and their children can live in his hometown near family, friends, and their church. The couple met in an online chat room and hit it off immediately. Dean, who lived in St. Louis at the time, moved to Racine just a few months after their first visit. Shortly after he arrived, Dean took Bill to a lookout tower at Racine Harbor on the shore of Lake Michigan and proposed. At that moment, they decided to commit their lives to each another.

"We're like any other normal family in Wisconsin," says Dean. "We pay our taxes, we take our kids to dance class and sports practice, we fall asleep the second the kids go to bed. We shouldn't be treated any differently by the state."