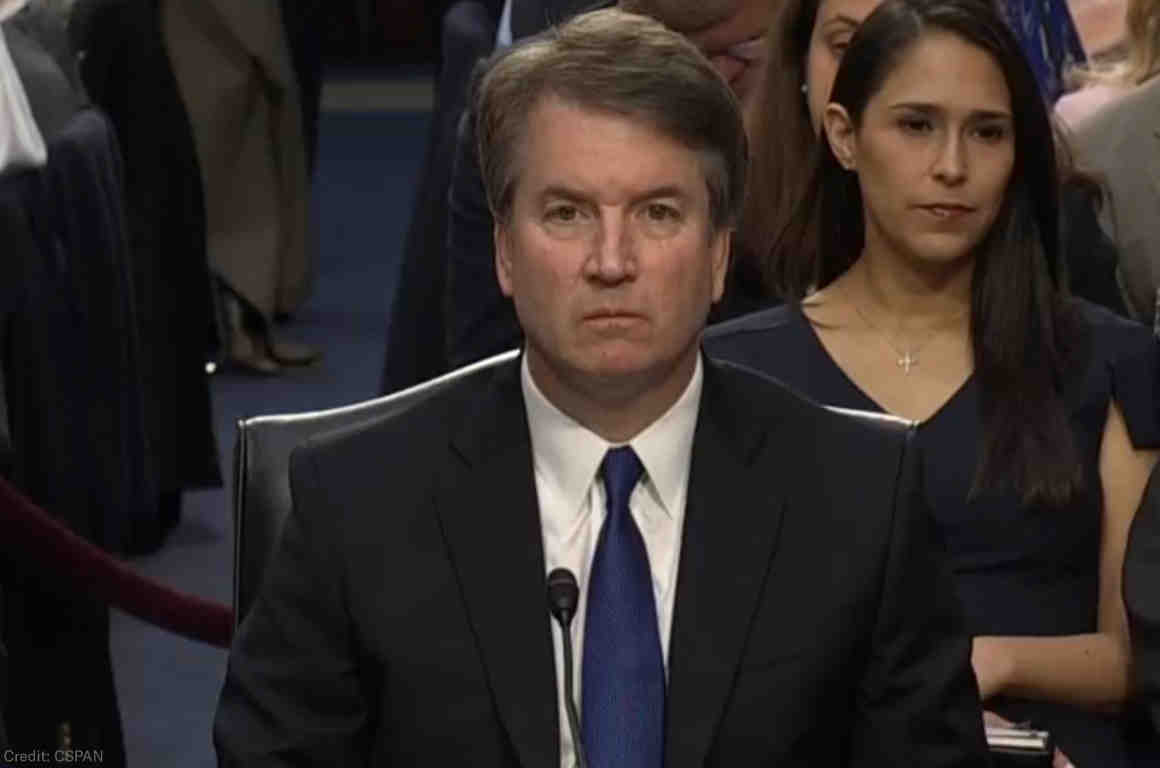 On Friday, Sept. 28, following the Senate Judiciary hearing at which both Dr. Christine Blasey Ford and Judge Brett Kavanaugh testified, the ACLU  decided to depart from its usual policy in order to oppose the nomination of Judge Kavanaugh to the Supreme Court.

It was not a decision we took lightly. As a matter of policy, the ACLU does not endorse or oppose presidential nominations. We have made exceptions, but those exceptions are few and far between. In our 98-year history, we have only opposed four Supreme Court nominees.

How did the ACLU reach the decision to oppose the Kavanaugh nomination?

This decision was made by the ACLU’s board of directors, a body of 69 people representing all of the ACLU’s 54 affiliates. The board held a special meeting following the Sept. 28 testimony, which was attended by 62 board members. After a discussion lasting several hours, the board agreed, by a vote of 55 to 7, on the following resolution:

Is this a partisan decision?

No. The ACLU remains committed to our traditional principles of nonpartisanship. Board members were clear that if the same concerns were raised about a Democratic Supreme Court nominee — inadequately investigated credible allegations of sexual assault supported by credible testimony and met by nominee testimony showing angry partisanship — we would similarly oppose that nominee.

No. ACLU policy is not to support or oppose any candidate for elected or appointed office, including Supreme Court justices. This means that we do not support or oppose Supreme Court nominees based on our predictions about how they would vote if confirmed. This has been our policy for most of the 98 years since we were founded. In our entire history, we have previously opposed only the nominations of William Rehnquist, Robert Bork, and Samuel Alito. Most recently, we did not oppose John Roberts or Neil Gorsuch.

LISTEN TO SUSAN HERMAN EXPLAIN THE BOARD'S VOTE ON AT LIBERTY

In 1987, the ACLU adopted a special exception to our general rule of non-opposition with respect to Supreme Court justices, but we rescinded that policy in 2006 because we wanted to avoid judging future justices and we wanted to avoid either being or appearing partisan. The decision in this instance, not made on the basis of ideology, is an exception to our general practice of not opposing candidates. This decision was based on unique circumstances presented by credible allegations of sexual assault and a display of partisan rancor, leading us to doubt Judge Kavanaugh’s fitness to serve on the Supreme Court, a job that demands the highest integrity because of the finality of the court’s rulings and the fact that justices enjoy life tenure.

The ACLU works in some 14 areas of civil rights and civil liberties, and judges may be predictably sympathetic on some issues and not others. Justice Anthony Kennedy, for example, made history with his support for same-sex marriage in our Obergefell case, but he voted against the ACLU in all five of our Supreme Court cases last term, including our challenge to the Muslim travel ban. We hope that once confirmed to the Supreme Court, even a judge who had seemed predictably anti-civil liberties might heed our arguments and take the broader perspective of a final arbiter — as Justice Kennedy did, for example, in voting not to overrule Roe v. Wade in 1992, in recognizing marriage equality, and in striking down the death penalty for juvenile offenders.

What about due process for Judge Kavanaugh?

A Supreme Court confirmation hearing is not a trial. We would not support a criminal conviction of Judge Kavanaugh or anyone else without proof beyond a reasonable doubt. But because of the unique nature of a Supreme Court appointment, we think it is fair for Judge Kavanaugh to have to meet the burden of dispelling the serious concerns about his fitness raised by Dr. Blasey Ford’s testimony. His self-serving, evasive, and often demonstrably untruthful testimony at the hearing only reinforced those concerns.

Why not wait until after the FBI investigation has concluded?

On the basis of Dr. Ford’s credible and powerful testimony, and Judge Kavanaugh’s unpersuasive response, we believe that there was sufficient evidence to oppose as of the completion of the hearing. To say that we should not oppose Judge Kavanaugh unless and until a full investigation finds additional corroborating evidence suggests that Dr. Ford’s testimony is not sufficient even to raise serious doubts in the context of a confirmation hearing.

The laws of many states used to require corroboration of a woman’s testimony of sexual assault in criminal cases. States changed those laws to drop corroboration requirements, even in criminal cases, in order to ensure that the testimony of women would not be routinely discounted. The old laws were justified by the notion that a high burden was necessary to protect (male) defendants against women who fabricate allegations; the reform of those laws was justified by the reality that women who had suffered sexual assaults were not being taken seriously and therefore were frequently unwilling to come forward with their complaints. And that was in criminal trials, where the burden of proof on the prosecution is appropriately high.

If a full and fair investigation were to refute Dr. Ford’s credible allegations, our board members could reconsider their position. But absent persuasive evidence undermining Dr. Ford’s account, our conclusion was that there are sufficient doubts to warrant opposing Brett Kavanaugh’s confirmation for life to the highest court in the land.

Every day across the nation, the ACLU is called on to defend all the freedoms guaranteed in the Constitution and the Bill of Rights. There's never been a more important time to support the ACLU and our effective work to protect civil liberties. If you like what you read, help us continue to speak freely by donating today.