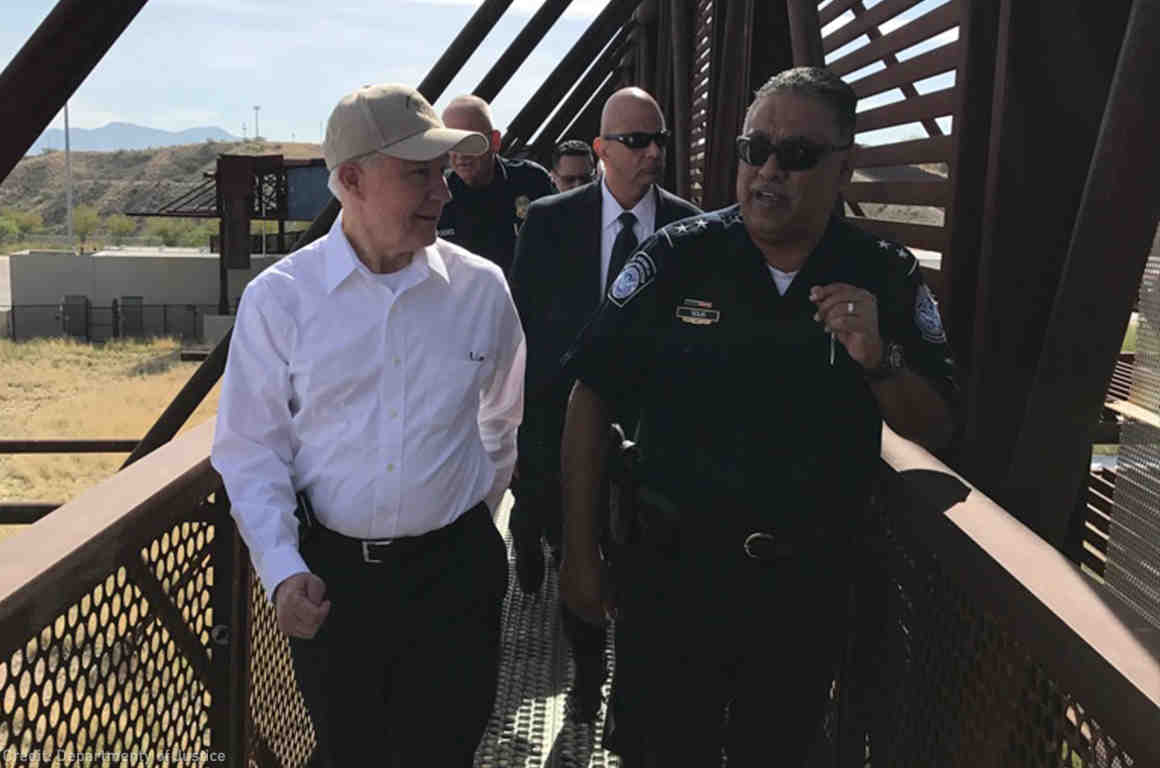 Tangled in self-inflicted chaos, President Donald Trump has been unable to accomplish much during his first four months in office. His signature executive orders have been stymied by the courts. His legislative efforts have stalled. And now he faces a special counsel investigating him over the Russia affair. But Trump’s attorney general, Jeff Sessions, is another story. Even amid the scandal of the firing of FBI director James Comey — an action in which Sessions himself had a central part — Sessions has quietly continued the radical remaking of the Justice Department he began when he took the job.

On May 20, Sessions completed his first hundred days as attorney general. His record thus far shows a determined effort to dismantle the Justice Department’s protections of civil rights and civil liberties. Reversing course from the Obama Justice Department on virtually every front, he is seeking to return us not just to the pre-Obama era but to the pre-civil-rights era. We should have seen it coming; many of his actions show a clear continuity with his earlier record as a senator and state attorney general.

Sessions has been especially focused, and particularly retrograde, on criminal justice. In the Senate, he was to the right of most of his own party and led the charge to oppose a bipartisan bill, cosponsored by Republicans Charles Grassley and Mike Lee, that would have eliminated mandatory minimums and reduced sentences for some drug crimes. As attorney general, he has rescinded Eric Holder’s directive to federal prosecutors to reserve the harshest criminal charges for the worst offenders. Sessions has instead mandated that the prosecutors pursue the most serious possible charge in every case.

Prosecutors ordinarily have wide latitude in deciding how to charge a suspect — they can select any of a number of possible crimes to charge, decline to pursue charges altogether, or support a diversion program in which the suspect avoids any charges if he successfully completes treatment or probation. Not all crimes warrant the same response, and prosecutorial discretion makes considered justice possible. Yet Sessions has ordered prosecutors to pursue a one-size-fits-all strategy, seeking the harshest possible penalty regardless of the circumstances.

That's our attorney general: willing to throw the book at drug offenders and undocumented immigrants, but unwavering in his defense of a president who brags about assaulting women and targeting Muslims.

At the same time, Sessions has promised to reduce the Justice Department’s critical oversight of policing. Under previous administrations of both parties, the Justice Department’s Civil Rights Division has responded to reports of systemic police abuse in cities like Los Angeles, Cincinnati, New Orleans, Chicago, Baltimore, and Ferguson by investigating, reporting, and entering “consent decrees” — court-enforceable agreements with local police departments — designed to reduce or eliminate abuse. Before his confirmation, Sessions condemned such consent decrees as “dangerous” and an “end run around the democratic process.”

When Sessions was a senator, he opposed extending hate crimes protections to women and gays and lesbians, explaining that, “I am not sure women or people with different sexual orientations face that kind of discrimination. I just don’t see it.” One of his first acts as attorney general was to withdraw a guidance document protecting transgender students from discrimination. The withdrawal led the Supreme Court to vacate a lower court opinion protecting the right of Gavin Grimm, a transgender boy, to use the boys’ restroom at his Virginia high school. Reportedly Education Secretary Betsy Devos opposed rescinding the guidance but was overruled by Sessions.

Sessions was practically the only senator to come to Trump’s defense when, in November 2015, he proposed banning all Muslims from the country. At the time, Sessions actively opposed a resolution introduced by Sen. Patrick Leahy (D-Vt.) that simply affirmed that religious discrimination has no part in immigration enforcement. (The resolution passed 96-4.) Sessions called Islam, a religion practiced by billions of people across the world, “a toxic ideology.”

Sessions’s involvement in drafting Trump’s first travel ban is unclear; it was issued shortly before he was confirmed as attorney general. But it’s Sessions’ Justice Department that has defended both the first and the second travel bans, arguing that courts should defer blindly to the executive branch and ignore all the anti-Muslim statements that Trump made in connection with the initiatives. Sessions has also warned “sanctuary cities” that if they decline to enforce federal immigration law, as they have the right to do under the 10th Amendment to the Constitution, he will revoke their federal funding. Thus far, federal courts have declared both the travel bans and the attempt to revoke federal funding from sanctuary cities unconstitutional, but Sessions’ Justice Department is appealing those decisions.

As Alabama attorney general, Sessions prosecuted black civil rights activists for helping to get out the vote. The judge dismissed many of the charges even before getting to trial; the jury acquitted the defendants on the rest. When the Supreme Court in 2013 gutted the Voting Rights Act by invalidating a provision requiring states with a history of discriminatory voting practices to prove that any changes they sought to make to voting law not undermine minority voting opportunities, Sessions called it “good news…for the South.” As attorney general, his Justice Department took the extraordinary step of withdrawing its claim, already fully litigated and developed in trial court, that Texas had adopted a voter ID law for racially discriminatory reasons. The court nonetheless ruled that Texas had in fact engaged in intentional race discrimination. It refused to close its eyes to evidence of racial intent, even if the new Justice Department was willing to do so.

And then there is the matter of ethics. As Alabama attorney general, Sessions oversaw the filing of a 222-count criminal indictment against TIECO, a competitor of US Steel, at a time when US Steel and its attorney were contributors to Sessions' Senate campaign. Every single count was dismissed, many for prosecutorial misconduct. The judge wrote that “the misconduct of the Attorney General in this case far surpasses in both extensiveness and measure the totality of any prosecutorial misconduct ever previously presented to or witnessed by the Court.”

In his confirmation hearings, Sessions committed another ethical infraction when he falsely denied that he had met with Russian officials during the Trump campaign. That lie, once exposed by the press, compelled him to recuse himself from the ongoing investigation of Russia’s meddling in the election and the Trump campaign’s potential collusion. Yet Sessions did not recuse himself when his boss asked for his assistance in firing James Comey, the man overseeing the investigation, shortly after Comey had sought more resources for it.

The attorney general is the nation’s top law enforcement officer. He is responsible for investigating federal crimes, advising on the appointment of judges and the constitutionality of bills, defending federal government programs, and enforcing the civil rights laws. It’s an awesome responsibility in any administration. But perhaps never before has it been so important, given President Trump’s lack of interest in the rule of law, ignorance of constitutional laws and norms, and hostility to basic civil rights and civil liberties. What’s needed at the Justice Department is a strong, independent, and thoughtful leader who can exert some restraint on the president. Instead, we have Jeff Sessions, a man who, when asked whether Trump’s grabbing women by the genitals would constitute sexual assault, replied, “I don’t characterize that as a sexual assault. I think that’s a stretch.”

That's our attorney general: willing to throw the book at drug offenders and undocumented immigrants, but unwavering in his defense of a president who brags about assaulting women and targeting Muslims. Together, Trump and Sessions pose a profound threat to our most basic freedoms. And because, unlike Trump, Sessions has been able to implement major changes to the agency charged with protecting the rights of all Americans, the attorney general may actually be the more dangerous of the two.