What Officer Noor's Conviction Says About Racism in America 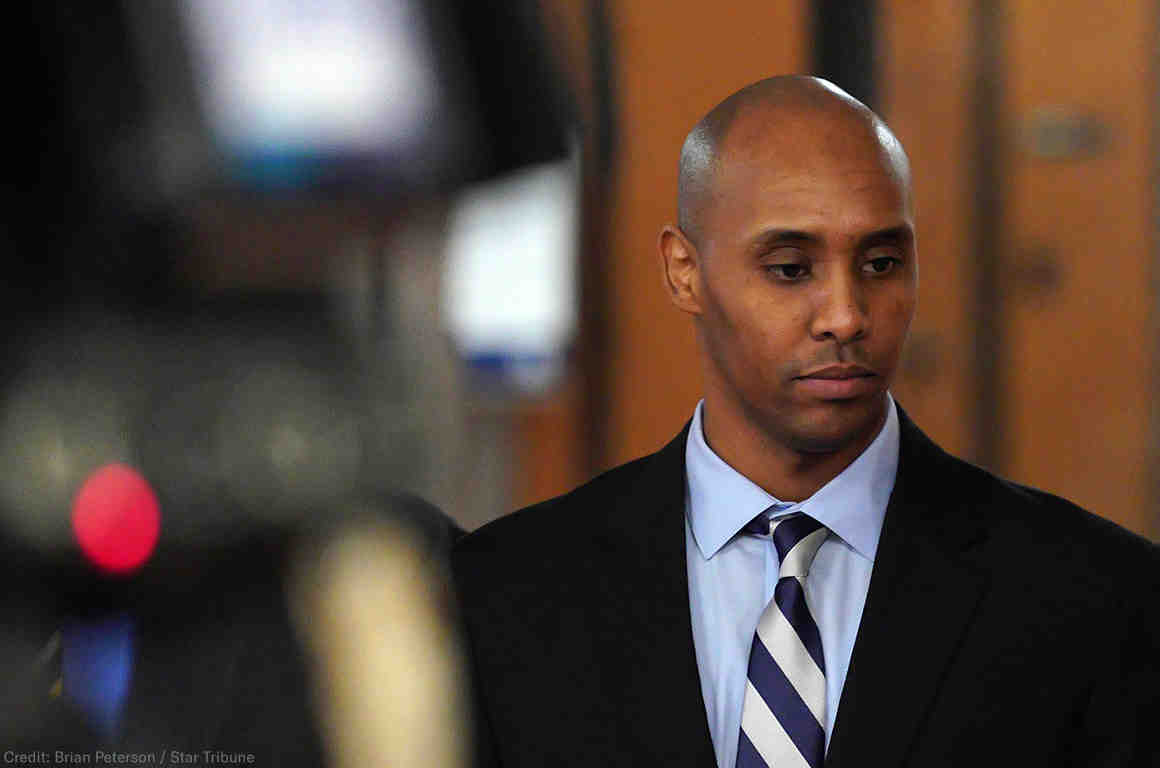 On Tuesday, April 30, a Minnesota jury convicted police officer Mohamed Noor of third-degree murder and second-degree manslaughter for shooting and killing Justine Damond, a white Australian woman. Damond had called 9-1-1 to report a possible sexual assault near her apartment and then approached Noor’s squad car when he and his partner responded to the call. Noor killed Damond, and he deserved to be found guilty. His decision to shoot and kill an unarmed person without warning, apparently because her presence next to his squad car surprised him, is indefensible. But if the races of Noor and Damond had been reversed, Noor might well have gotten away with murder.

The racial aspect of this case speaks volumes about criminal justice and criminal injustice in America today. Noor, who is Black, Muslim, and a Somali immigrant, is believed to be the only police officer in Minnesota ever to have been convicted for killing someone while on duty.

At a crucial moment in the trial, Noor testified that he reacted to Damond as “the threat.” Prosecutors responded by asking him, “The whole blonde hair, pink t-shirt is a threat to you?” This line of questioning was in part about the legal standard required to convict. Under Graham v. Connor, a police officer can use force – including lethal force — if a reasonable officer on the scene would consider the level of force to be “objectively reasonable,” not whether the use of force was actually necessary in light of the various tactics and alternatives available to the officer at the time. Because this standard is so elastic, it is often very difficult to show that an officer violated it.

But the way the question was framed also evokes a long history of racist fears and tropes of Black male aggression against white women. In art, popular culture, and news coverage, from Birth of a Nation to Gone with the Wind to countless episodes of COPS, white women have long been portrayed as innocent victims and symbols of so-called “white purity” who need to be saved from racistly presupposed savagery of angry, violent Black men.

These racist ideas are not limited to the movie theater and TV screen. They have also infected our politics.

During the 1988 presidential campaign, George H. W. Bush played on fears of Black male crime with the Willie Horton attack ad. The ad, displaying a mugshot of a Black man with a wild beard and glazed eyes, described how William “Willie” Horton had been convicted of murder, sent to prison, released on a weekend furlough, and then carried out a violent break-in during which he raped a young white woman. As one strategist put it, the prospect of “a man from Massachusetts releasing “black criminals all across the country and letting them rape our white women and children” was crucial in Bush’s defeat of Michael Dukakis. Such tropes are also not a relic of the twentieth century; in his invocations of “beautiful Kate in San Francisco . . . shot by an illegal,” and various anti-Muslim comments, President Trump has deployed the narrative of white female victimhood in ways that have rightly drawn comparisons to the Willie Horton ad.

Naming these racist tropes, it’s difficult to believe that the prosecutors, when preparing their questions, didn’t realize they were invoking them. Their “blonde hair, pink t-shirt” question is particularly inflammatory, as it depends on the assumption that Justine Damond’s blonde hair signified a lack of dangerousness. Indeed, Damond – blonde, blue eyed, white – is the ideal victim by which prosecutors could take advantage of racist tropes to secure a conviction of Noor.

This case is the exception, and it spotlights the rule: Most victims of police violence have racism working against them, not in their favor.

The most recent such prosecution in Minnesota — of Officer Jeronimo Yanez for shooting and killing Philando Castile, a 32-year old Black man — ended with the officer being acquitted of all criminal charges. Castile, a registered firearm owner, was pulled over by Yanez in July 2016. Yanez approached Castile’s car and ordered Castile to provide both his license and registration. Castile’s girlfriend and her child were both in the car with him. After handing Yanez his registration, Castile said in a calm tone, “Sir, I have to tell you that I do have a firearm on me”--which is exactly what gun owners are taught to do in this situation. Yanez told Castile not to touch it to which Castile replied “I’m not pulling it out.” Castile, who still needed to pick up his license and hand it to Yanez repeatedly stated that he was not and would not reach for his firearm. As Castile reached in the direction of his license, despite these assurances (and the confirmation from Castile’s girlfriend that he wasn’t reaching for the firearm), Yanez wrongly and unjustifiably believed Castile was instead reaching for the gun.

At his trial, Yanez claimed that he feared Castile was reaching for the gun. Despite the body camera and cell phone footage that documented the brief 40 seconds of interaction leading up to Yanez’s decision to kill Castile, Yanez was acquitted of all charges as the jury deemed his fear of Castile grabbing a firearm to be reasonable.

Unfortunately, in the rare cases that officers are actually charged with fatal killings, these acquittals are the norm.

Just weeks before Noor went on trial, Pennsylvania police officer Michael Rosfeld was completely acquitted for shooting an unarmed Black teenager, Antwon Rose, from behind, as Rose ran away from the officer in June of 2018. Rose, 17 years old at the time, was a passenger in a car that had been pulled over because it matched the description of a vehicle that had been involved in a shooting earlier in the day. After approaching the car, Rosfeld ordered the driver to get out. Once the driver was out of the car, Rose and the second passenger got out and began running away from Rosenfeld. Although Rose was unarmed and running in the opposite direction from the officer, Rosenfeld shot Rose three times in the back.

Yet again, despite bystander video evidence of the shooting (in which you can hear the person recording the video screaming “Why they shooting at him? All they did was run and they shooting at them.”), Rosfeld was acquitted. Rosfeld defended his actions by claiming his “[i]ntent was to end the threat that was made against me.” It is hard to imagine the prosecutors in Rosfeld’s case questioning this premise by asking the officer incredulously, as they did with Noor, “The whole 17 years old, Black kid, white t-shirt is a threat to you?”

Unfortunately, if Noor’s prosecution tells us anything, it’s not that police are finally being held accountable for egregious acts of violence, but that white lives continue to be valued more than Black lives by law enforcement and in the legal system. It shouldn’t be necessary for prosecutors to rely on the white innocence trope to convict a police officer of murder.

Part of the problem here is the subjectivity at the heart of the legal standards used to judge police use of force. The Graham v. Connor reasonableness judgment can be and often is applied in a racially inflected way.  An officer’s fear of a Black man is far more likely to be deemed “reasonable” than an officer’s fear of a white woman like Justine Damond.

This is one of many reasons why the ACLU supports raising the legal standard for use of force to match the best practices that many police departments have adopted as a matter of internal policy.

The Noor verdict is appropriate, and just. But what did Philando Castile and Antwon Rose do that was less innocent than what Justine Damond did? And why did a jury believe Yanez’s fear of Castile and Rosfeld’s fear of Rose, but not Noor’s fear of Damond? The short answer: systemic and institutional racism. While we may express relief that a police officer was held accountable for wrongly taking a life, we cannot overlook the structural and implicit racism that was at play in this case, and that we know is at play in so many others across our nation.