How Odious Is the House-Passed American Health Care Act? Let Us Count the Ways It Hurts People With Disabilities.

Last week, 217 members of the House of Representatives voted to decimate our country’s safety net for people with disabilities. And many of them gleefully toasted its passage on the White House lawn with President Trump. Yet, on every front, the American Health Care Act (AHCA) threatens the civil rights, health, employment, freedom, and the very lives of millions of people with disabilities in every state across our country.

Now that the debate moves to the Senate, with so much at stake if this cruel bill passes into law, it’s worth taking a moment to really understand the ways the Obamacare repeal bill harms people with disabilities. There’s nothing to cheer or grin about here.

People with disabilities deserve better than this. Everyone does. And we will continue to fight to ensure that the American Health Care Act never becomes law. We have people power on our side and, despite our loss yesterday, our voices will not be silenced.

We must make clear to every member of the Senate that the monstrosity that came out of the House of Representatives is unacceptable. For millions of Americans with disabilities, the stakes are too high to do anything less.

this is not true. Obamacare is dying anyway, so what is more humane? Let everyone dangle in the air or give most something to stand on - the rest have someone to grab on to.

what precisely are you questioning? The Affordable Care Act is legislation; the only thing that is "dying" is the insurance companies' profits because they actually have to pay for medical services /benefits. Their CEOs salaries are 15, 20, 30 million dollars annually which they prefer to keep rather than transfer that money to doctors, nurses, etc. The insurance companies are raising premiums, increasing deductibles and co-pays to maintain profits. Other countries put gaps on corporate greed in order to have the money go for health services.

Obamacare is not dying, it's being murdered by Rubio's bill cutting subsidies to insurance carriers, causing more to drop out of higher cost markets. And yet, it still survives and covers 24 million more than AHCA will. Single payer is the only truly "Christian", all-inclusive way forward.

Replacing something with something else of inferior quality is an absurd proposition for just about anyone other than President Trump and the GOP. A health care bill in which participation is not universal, important funding to support it is relinquished by excluding tax revenue (mainly benefiting the wealthy) and where states can change the terms of insurance with little substantiation will leave many without coverage. Those who would most suffer are those needing extended care such as the elderly. Hopefully, the Republican-controlled Senate will do better but then the two bills have to be reconciled with the end result being anyone's guess. In any case, this new version of the American Health Care Act, a fundamental campaign promise of President Trump, still appears to be a cure lacking a disease.

It's amazing how you swerved all around what's really in this bill to come up with a story that is mostly without fact. If younger people don't feel a need to have items covered in their insurance policy, they shouldn't have to, Obama forced it on everyone to pay for people who can't or don't want to afford it. Cuts that were made in coverage are shifted to the states, and Federal funding provided to the states to make up for it. The dis-information surrounding this bill is incredible. That people actually think any elected politician would propose a health care bill that would purposely leave anyone to die, or go without healthcare is even more insane. People need to stop believing the liberal press and read for yourselves

Apparently, Anonymous, you are not the parent of a special needs child.

That's some crazy talk, there, Anonymous. These GOP pricks would throw their own mothers under the bus for a tax cut for the uber rich and corporations. Please get a clue. It is time to expand health care to include everyone. Universal health care now! Let's join the rest of the world and make health care a right for everyone! The cost will be less than we currently spend on our shitty system! Enough is enough!

ACTIVISTS!! WE NEED TO STAY FOCUSED!! MEDICARE FOR ALL ~ THIS IS THE CLOSEST WE'VE EVER COME TO PASSING IT!
•Launch DIRECT PROTESTS AT EVERY SENATORS' LOCAL/REGIONAL OFFICES! ~

TRY A **TARGETED PROTEST** MEDICARE FOR ALL:
Organize groups to meet outside your elected's regional offices.
Have two large banners:
•Banner with all phone numbers for that official. While there demonstrating, have everyone call them. Both local office & DC office, demanding Medicare for All.
•Banner saying "Support Medicare for All or we vote against you in 2018." -- have everyone sign & put address/phone number. Then deliver to the office staff.

-------------
*Here's why: THEY'VE MADE THEMSELVES SAFE FROM PROTESTS.
•PARTY RULES THAT REQUIRE CLOSED PRIMARIES:
Is exactly how the Dems and Repubs want it. Those rules, added to the gerrymandering both parties took part in has insulated both parties and every "chosen" pol to run for office for years now. Those two measures protect the status quo. That results in majorities of only a few seats, and keeps the party hierarchy virtually unassailable by we the people.

MAKE THEM HEAR YOUR VOICE DIRECTLY!
FIND YOUR SENATORS: https://www.senate.gov/senators/contact//

I think you left out nursing home care will be cut.

I really hope the AHCA doesnt go through. It is so horrific. People will die. Please edit (preexisting conditions): Bipolar DISORDER, not "bipolar disease." It is upsetting enough that my life is on the line, then to see that error rubs a bit of salt into the wound. 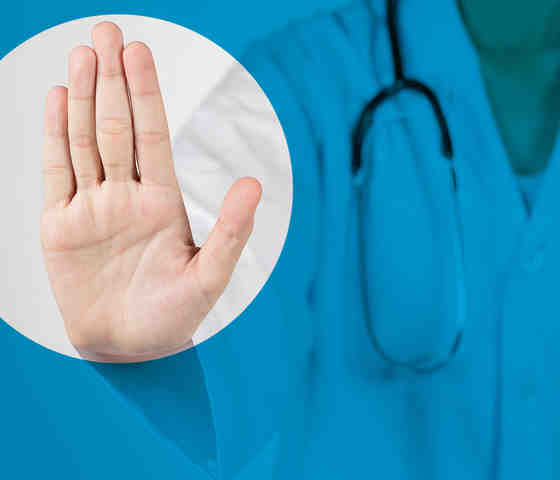 The EMPOWER Care Act Would Give People With Disabilities the Freedom They...