When the agricultural blood processing plant moved to Sibley, Iowa, five years ago, many people welcomed the prospect of new jobs to the community of just 2,800. But when the plant started making a smell that Josh Harms describes as being like “rancid dog food,” some people changed their mind.

Harms, who grew up in Sibley, decided to use his skills as a web developer to help his community. He created a website called “Should you Move to Sibley?” that was critical of the city's inaction in addressing the smell. But as an ACLU lawsuit filed this week on behalf of Harms details, the city of Sibley didn’t like his criticism and tried to intimidate him into silence.

In response to Harms’ website, the city had an attorney send him a letter threatening legal action if he didn't change the website or take it down altogether. Frightened, Harms altered the site to make it more positive. Under pressure, he even stated on the site that the smell wasn't as much of a problem anymore — even though he actually believes that while it’s improved, it’s still a significant problem.

The city’s efforts to silence Harms, however, extended beyond his website.

The city also instructed Harms, as the lawsuit describes, not to grant an interview with a reporter who contacted him. This despite the fact that the city did talk to the reporter and denied sending him the letter threatening legal action. Harms wanted to publish the letter on his website, but he felt he couldn’t without risking legal repercussions from the city.

And that’s when Harms reached out to the ACLU for help. Cases like his go to the core of the ACLU’s mission in protecting free speech. The right of the people to freely and openly criticize their government is the very foundation of liberal democracy. In America, the government cannot threaten legal action against someone for speaking out against it, be that in person, on a website, or in the media. 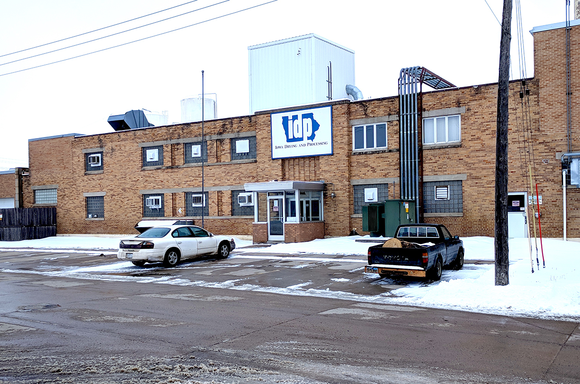 The exterior of the IDP agricultural blood processing plant in Sibley.

In his lawsuit, Harms asks to be able — without intimidation or threats of legal action — to revise the website to restore the content that he wants, including stating that the smell is indeed a continuing problem. He also wants to publish on his website the letter from the city threatening legal action as well as other communications from the city. Harms also wants to be free to speak to reporters from his local paper and other media.

The city and Harms may not agree on how much of a problem the odors coming from the blood processing plant are. But it’s absolutely Harms’ First Amendment right to protest the smells — and the government — in his hometown. When city officials try to silence a citizen by threatening legal action, well, that really stinks.