Military May Be Engaged in Illegal Psychological Operations and Propaganda Against U.S. Citizens

On February 23, Rolling Stone reported that Lt. Gen. William Caldwell, a three-star general in charge of training Afghan troops, commanded his Information Operations (IO) cell to target congressional delegations visiting his base as part of a campaign to manipulate the perceptions and opinions of U.S. senators and representatives through psychological operations (PSYOP).

If true, this activity was conducted in direct violation of U.S. law and Department of Defense (DOD) policy, and represents an affront to core democratic principles of civilian control over the military. Americans depend on Congress receiving unbiased, honest and forthcoming information so that it can effectively make life-or-death decisions when it comes to escalating or drawing down military engagements and protecting our national security.

We are urging Congress to investigate these activities to determine: 1) whether military intelligence resources or personnel were used to improperly collect information on members of Congress in violation of prohibitions against targeting U.S. persons; and 2) whether military information operations were directed at members of Congress in order to improperly influence legislation or manipulate domestic public opinion regarding the war effort, in violation of federal law and DOD policy.

In response to the Rolling Stone report, Gen. David Petraeus announced that he was launching an investigation into the potential illegal use of PSYOP and propaganda to manipulate U.S. citizens. Reps. James McGovern (D-Mass.) and Walter Jones (R-N.C.) have also joined in a letter to the president asking for an investigation by the Department of Justice as to the scope and legality of the PSYOP program, whether it remains ongoing, and who is or was involved in authorizing it. They also are requesting that the investigation address whether Lt. Col. Michael Holmes was subjected to a retaliatory investigation and reprimand for acting as a whistleblower in uncovering this program.

While these are important first steps, they are not enough. Congress must reassert its independence and reassure the American public that civilian-elected officials retain control over all military and intelligence activities. It is critical that Congress fulfill its oversight duties and conduct an independent public investigation concerning any potentially illegal activities that Lt. Gen. Caldwell’s IO cell may have engaged in.

This is not the first account of possibly improper use of intelligence operations against U.S. citizens. One day before Rolling Stone reported that Lt. Gen. Caldwell commanded the execution of an illegal PSYOP campaign against U.S. senators, Information Week published an article revealing that the Air Force sought a contractor to deploy false identities on social media sites like Facebook to disseminate DOD propaganda to civilians in Iraq and Afghanistan. This is problematic because there is nothing to protect Americans from this type of propaganda when they use social media sites that are targeted by the Air Force. Congress should review all U.S. intelligence operations that might target or impact Americans. 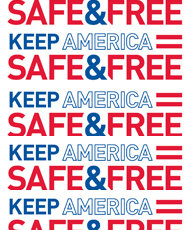