Why the Prosecution of Chelsea Manning Was Unconstitutional

Why are whistleblowers being prosecuted as spies? 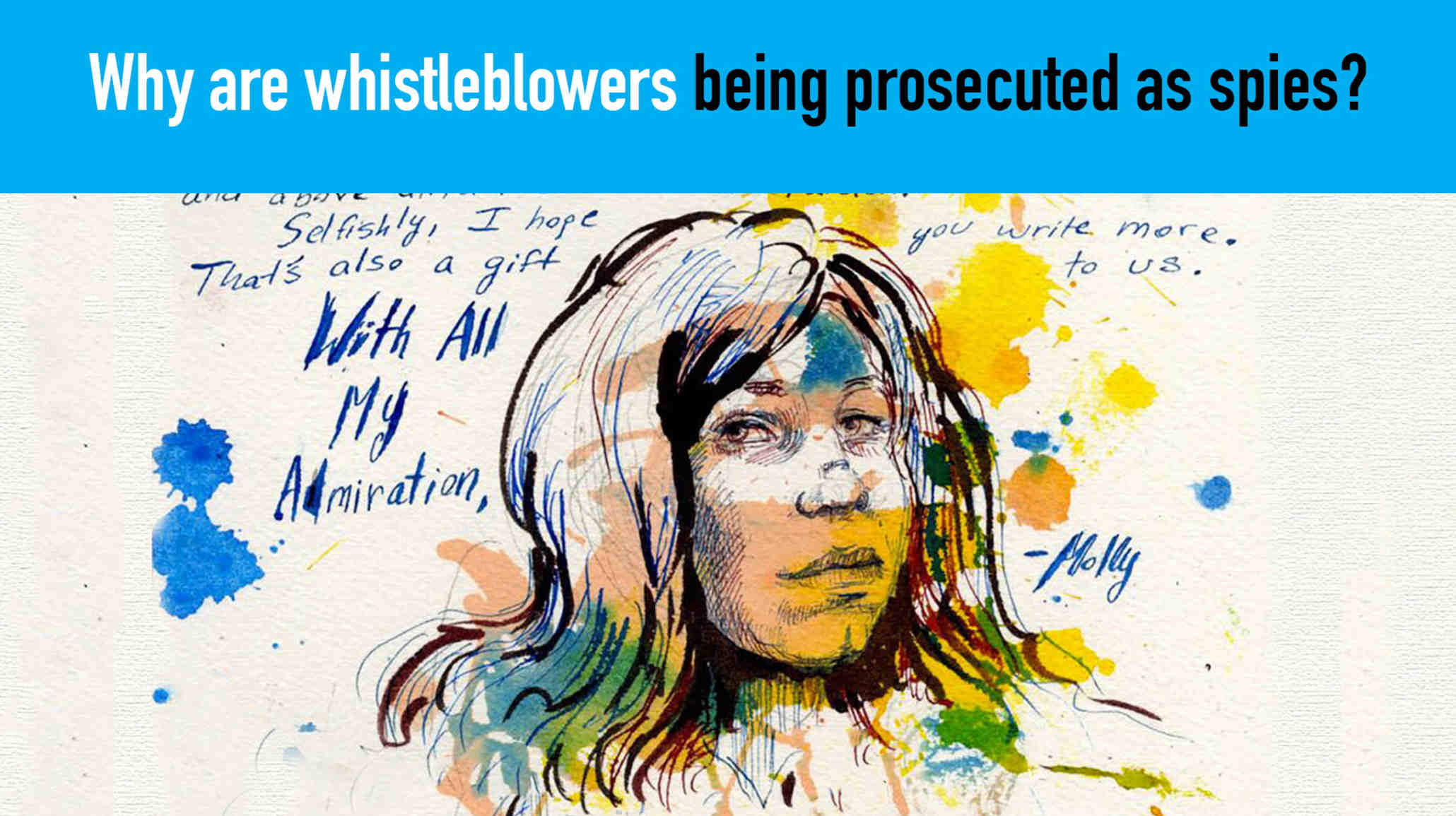 Disclosures of government information happen all the time, whether by officials seeking to advance their interests or by whistleblowers exposing misconduct for public benefit. But only one person in our history has ever been sentenced to decades in prison for disclosing truthful information to the press and public: Chelsea Manning.

The government targeted Manning for discriminatory prosecution, using the archaic Espionage Act of 1917. The vagueness of that law enables the government to go after speakers and messages it dislikes — often as it simultaneously leaks information to further its own agenda. For that reason, the ACLU filed a brief yesterday in support of Manning’s military court appeal, explaining why her conviction under the Espionage Act should be overturned as unconstitutional.

Leaks often come from the highest levels, including from CIA directors and the president’s staff. People holding those positions of power have not been prosecuted under the Espionage Act for their disclosures. Many of these leakers seek to influence and even manipulate public opinion by promoting the government’s chosen messages: that drone strikes work, that torture is effective, that the United States is doing everything right. Others pursue their own personal agendas, like Gen. David Petraeus, who shared highly classified information with his biographer.

No leakers were charged with violating the Espionage Act for many decades after it was passed.

But that has changed, dramatically. As we have previously written, the Obama administration has used this World War I-era anti-spying law to go after those whose disclosures run contrary to the government’s preferred narratives. That has resulted in a reality in which a general like Petraeus serves no jail time after sharing top secret information to serve his self-interest, while Manning gets decades in prison.

President Obama recently demonstrated this unfairness when he defended Secretary of State Hillary Clinton’s handling of classified information by telling an interviewer that “there’s classified, and then there’s classified.” That’s exactly the problem: The government’s selective prosecution means that information is likely to be considered really classified when it’s embarrassing to the government or when someone like Manning discloses it.

Manning’s severe punishment is a perfect example of the government picking and choosing who can speak to the press. Even more disturbing is the fact that the law forbade Manning from mounting a defense that took into account the public interest in any of her disclosures. It violates the First Amendment for the government to punish the disclosure of truthful information without any consideration of whether the information was important to public discourse — and leaves the government free to inappropriately crack  down on disclosures about its own illegality or misconduct.

The selective prosecution of those who disclose government information is profoundly dangerous to our democracy. Using the Espionage Act to punish government leakers or whistleblowers risks chilling speech on matters of significant public concern, and it gives the government too much power to maintain secrecy about matters that are critical for an informed public to hold its government accountable. The American people lose a vital check on our government when it is free to punish anyone who discloses truthful information that the government doesn’t want us to know.