It emerged late Thursday that the Justice Department had secretly seized years of email and phone records of a New York Times reporter in connection with a leak investigation. This marks a clear escalation of the Trump administration’s attempts to intimidate journalists and their sources. In doing so, it seems that the Justice Department may have violated its own policies for obtaining reporters’ communications — strict standards that are in place because of the importance the Constitution places on freedom of the press.

News of the invasive search came with the indictment of James Wolfe, who recently retired from his long tenure as a nonpartisan employee of the Senate Intelligence Committee. Wolfe is accused of lying to federal investigators about his contacts with three reporters. One of them is Ali Watkins, who has worked for The New York Times since December covering national security.

The First Amendment’s protection of a free press is central to the public’s ability to hold government officials accountable for their actions. The Obama administration didn’t do journalists any favors by pursuing them in leak investigations more than any administration before it. But the Trump administration is accelerating this kind of attack on the public’s right to know, with Attorney General Jeff Sessions saying that he had tripled the Department of Justice’s leak investigations — one of them apparently ensnaring Watkins in the process.

In February, the FBI informed her that it had obtained account records from Google and Verizon for her personal phone and email accounts during the time of her previous work as a reporter for Buzzfeed and Politico. While the government says that it did not get the content of her communications, the records investigators did access show who she was in touch with. That is incredibly sensitive information for a reporter who needs to be in contact with government sources in order to properly do her job.

Justice Department guidelines adopted in 2013 dictate that the government should only go after journalists’ email and phone records as a last resort. The policy also says that — except under certain extraordinary circumstances — the government must give notice to news organizations before trying to obtain these communications. The purpose of this is to give the media a chance to negotiate with the government before any sensitive information is handed over.

Notice, according to the guidelines, can only be delayed if the attorney general determines that it “would pose a clear and substantial threat to the integrity of the investigation, risk grave harm to national security, or present an imminent risk of death or serious bodily harm.”

There was no advance notice here — but it’s unclear whether that was because the DOJ felt that this case fell under one of those exceptions or because the Trump administration has decided to effectively disregard the guidelines in its drive to hammer journalists.

Another troubling factor is the sheer breadth of Watkins’ records that the government acquired — reportedly years’ worth, including those associated with her undergraduate email address.

When the government goes too far in seizing information that it does not need and is not entitled to search, there is a risk of unconstitutional privacy invasions.

Investigators sifting through digital files may stumble onto sensitive information they were never looking for. That is of particular concern when the digital files being rummaged through are a reporter’s. This is why the government’s demands for information relating to First Amendment-protected activities should always be narrowly tailored to its legitimate needs alone.

The Trump administration’s actions in this case increase the danger of a real chilling effect on both reporters doing their jobs and sources who will be less likely to talk if they fear that their information will end up in the hands of government agents. That, in turn, will subvert our democracy. It needs to stop.

Its time the government stops breaking the privacy laws of the citizens and the constitution under the presumption of "national security". You see how Trump and Clinton hollered about the same thing done to them!!! Maybe they are monitoring this comment as well!!!!!!!

BuzzFeed is more of a blog. Do bloggers count as journalists?

The primary purpose of our Bill of Rights is to RESTRAIN government authority. It is the top duty of the Judicial Branch [U.S. Supreme Court] to police the Executive Branch when they violate the supreme law of the land [Article VI]. The DOJ simply doesn't have the legal authority to infringe on the Freedom of the Press or First Amendment.

Except for divisions like the Civil Rights Division, the DOJ should be fundametally reorganized and reformed. It's a totally broken and dysfunctional agency.

Remember don't transmit sensative information by email. It's too easy and too much of a temptation for these mule lopers to seize them.

What is the ACLU going to do? Are you filing a case to protect freedom of the press and journalist sources?

But how do we stop this mess? Why do people keep falling for the lies the candidates keep spewing out? Why is there no challenge to the various subversion's of our Constitution? Militarized police are a standing army, we can be imprisoned without charge, indefinitely, by the USA military, Congress is not following our constitution and allowing presidents to start wars anywhere for any reason? etc. 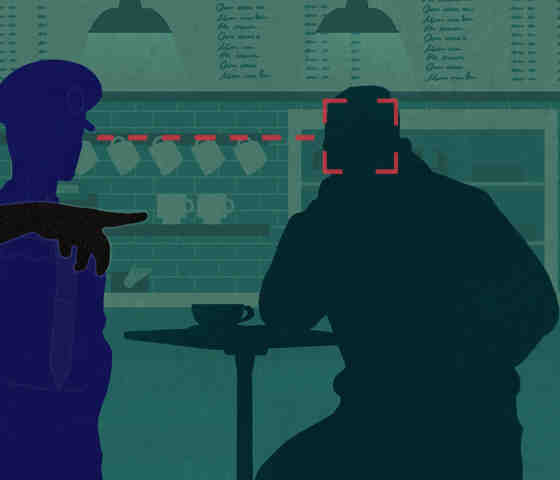