If you’re a resident of a small Texas city and in need of hurricane recovery funds, you’ll have to certify that you’re not boycotting Israel.

Dickinson, Texas, announced earlier this week that it was accepting applications for grants to help residents rebuild homes and businesses damaged by Hurricane Harvey, which took a particularly devastating toll on this Houston-area town of some 20,000 people. The application is mainly comprised of unremarkable legalities, with one notable exception: a clause stating that the applicant will not take part in a boycott of Israel for the duration of the grant.

In addition to being mystifying — what do home repairs in Texas have to do with a country more than 7,000 miles away? — this requirement is clearly unconstitutional. The First Amendment protects the right of Americans to participate in political boycotts, a right explicitly recognized by the Supreme Court in a case that concerned an NAACP-organized boycott to protest white supremacy in Port Gibson, Mississippi. And the government cannot force people to give up their peaceful political activity in order to be eligible for public benefits. Those kinds of ideological litmus test went out of vogue with the McCarthy-era loyalty oaths that the ACLU fought against in the 1950s and 1960s.

The clause in Dickinson’s application seems to stem from a Texas state law passed earlier this year, which bans the state from contracting with entities that boycott Israeli companies or companies that do business in Israel or its settlements. Other cities are also enforcing the law. The city of Galveston has issued guidelines requiring contractors who bid for neighborhood projects to certify that they're not boycotting Israel, and it even requires contractors providing police uniforms to sign the certification. Austin and San Antonio have implemented similar requirements.

The ACLU filed a lawsuit earlier this month against a similar law in Kansas. In that lawsuit, we represent a math teacher who was asked to certify that she doesn’t boycott Israel in order to participate in a government program training other teachers throughout the state. She said she could not sign the form in good conscience because she adheres to a boycott call from her Mennonite church, and the state refused to contract with her.

The First Amendment was designed to prevent the power of the state from coming down against one side of an important political debate. Yet numerous state legislatures have passed laws to stamp out boycotts of Israel, and Congress is looking to pass a related federal bill that the ACLU vigorously opposes.

It’s deeply concerning that these efforts are now trickling down to the municipal level as well. We encourage anyone from Dickinson asked to sign such a statement, or any other Texans asked to sign these certifications, to contact the ACLU of Texas.

You must be an oral surgeon doc

I received money from Dickinson and gave 10% to a fund that promotes the return of the Temple Mount to Jordanian Muslim rule. Thanks for the money!

"Congress shall..." The First Amendment of the Constitution has nothing to do with the State of Texas. Unless Texas is now defined as the federal "Congress". More apropos would be the Texas Constitution at Article I, Section 8. This would be the proper point to bring to the State court to contest the policy.

The 14th Amendment and Due Process Clause, genius.

Just so we're clear-- The only reason these people "support" Israel is because they think the Book of Revelations requires the Jews to have their own state in the Holy Land. And the only reason they care about that is because they think this is required for Jesus to come back, and for all the Jews to convert to Christianity or die in Armageddon. In addition to this being the weirdest form of hocus-pocus bullcrap, for government to take a position on this in the United States is an absolute violation of the Establishment Clause of the Constitution.

Boycotting the Sovereign State of Israel is a Racist, aka anti-Semitic act against the Jews in Israel. Boycotting Israel isn't Speech - it is Action. And the proper response is a similar action - Boycott the Boycotters. It is a manifestation Christians and Muslim hatred of Jews because Jews are successful in Israel, yet they neither accepted Jesus or Mohammad - this is the real underlying basis of hared of Israelis Jews in Israel by these non-Jews. Jews who boycott Israel are Unconscious Self-Hating Jews. 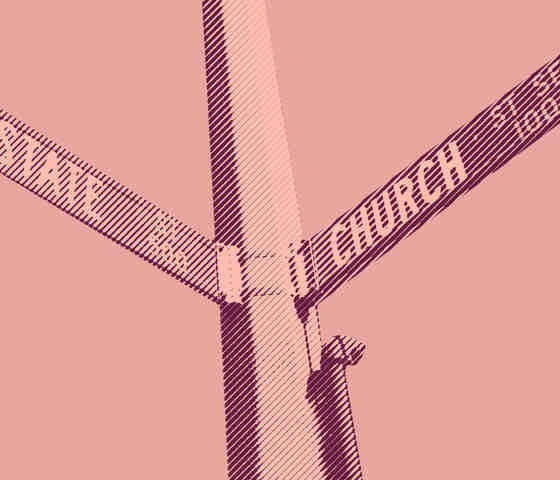