Ohio Wants to Make Sexting Illegal for Anyone Under 19

Oftentimes, when lawmakers don’t know how to make sense of something, or it scares them, they criminalize it.

Sexting is very common among teens, frequently referenced in pop-culture, and perhaps a mystery to people who didn’t grow up with a cellphone. Some may call it “unwise.” Friends may steer friends away from doing it. But one thing is for sure, sexting should not be criminal.

After all, if teenagers decide to engage in some racy sexting, is it really the government’s place to punish them? If a photo or text conversation goes viral, sometimes the young person whose privacy was violated is punished in the court of law, which is just plain wrong. And all parties in these situations are young people who may not have the judgment to make the best decisions — so should they have the rest of their life ruined because of a bad decision?

The answer should be no.

Enter Ohio lawmakers, a group of (mostly) angry older white guys who are shaking their fists and bemoaning kids today while doing little, if anything, to understand the millennial generation. On May 22, members of the Ohio House Criminal Justice Committee passed a “teen sexting ban.” This misguided and over-the-top legislation proposes to “ban sexting” for anyone under the age of 19.  The full House is expected to vote on this bill soon.

This legislation results in numerous, negative ramifications for young people. It even goes so far as to create a brand new crime, “possession of sexually explicit material” that any kid caught sexting could be charged with. With the creation of this new crime, judges have the option to send young people to eight hours of “criminal service,” where both the legal and non-legal consequences of “sexting” will be explained to them.

The stigma behind any criminal conviction is severe, but to tar these kids as sex offenders could quite literally ruin their lives. This charge could make it impossible for young people to access opportunities for education, housing, and employment for years to come.

Lawmakers have said they are creating this new crime to give judges and prosecutors an option not to charge young people with more serious crimes, such as a felony offense. But there’s a problem with that: Judges and prosecutors aren’t required to do what these legislators might want. Instead, they can simply continue to charge kids with felonies for sexting and maybe throw in this new charge as well for good measure.

Here’s one idea: If we don’t want kids to be given harsh penalties for sexting, how about we pass legislation that explicitly says that they cannot be given those serious criminal charges?

One other idea — since we’re giving out free advice — don’t you think a young person would better benefit from this information if it were presented to them in just about any other way? Most teenagers are adverse to lectures from authority figures to begin with, especially if it’s about a topic as uncomfortable as their bodies and their sexual expression, which has been criminalized to boot. We absolutely should be talking with young people about sexting and sexual health altogether, but punishing them and lecturing at them is not an effective way to do it.

Teens can get hurt in relationships, and they can end badly. Young people should guard their privacy and be aware of the risks of sexting. If one party violates another person’s trust by spreading pictures or screenshots of text messages, they should utilize the civil courts to stop the person’s misbehavior. But feeding young people into the criminal justice system where they could be branded for life will accomplish nothing but ruining young people’s lives for conduct that should never be criminal to begin with.

There is a teeny line somewhere here between pornography, and your son's and daughters "Sextings".

Not really, but so what?

More generally, Americans are conflicted about all issues related to sexuality. The answer you morally bankrupt politicians is not to reflexively criminalize. But provide good schooling, support, enlightenment, and education. The vast majority of people will find the right way. And existing laws can deal with the dangerous ones. Politicians latch on to non-issues in order to make themselves seem relevant. We should learn a thing or two from Europeans in this regard. Remove the stigma around sexuality. Legalize or decriminalize sex work and grant sex workers rights and legal protections, and the ability to unionize...These are all related issues because we are from a young age "shamed" about our sexuality. Accordingly, we don't question our warped politicians when they implement misguided social policies and laws just to seem relevant.

Get back on the mayflower you got dayum puritans!! Insane.

It is rude and not really relevant to call the law makers "white men". Their race has nothing to do with their policy and if they were mostly black I think many people would take offense at your characterization. Other than that I have no problem with this.

Big Government for you.

This is another way of keeping prisons full... since marijuana is going away there must be another route to keep the jails full. Start off with something young teens do alot, that us good people don't like. I think I was born naked... no no wait. I was fully dressed.

This is so wrong. Teens are sexual beings just as adults are. You can not legistrate when a child becomes sexually aware as their bodies grow to maturity. Many young adults become sexually active as young as 13. It is pretty common amonst 13, 14. 15 ,16 year olds to have regular sexual partners. So texting or sexting is just an extention of an already or soon to be sexcually active young person. It is wrong to penalize a young person for expressing themselves weather the texting content is political or sexual. They should have the right of fredom of speach in the form of texting. 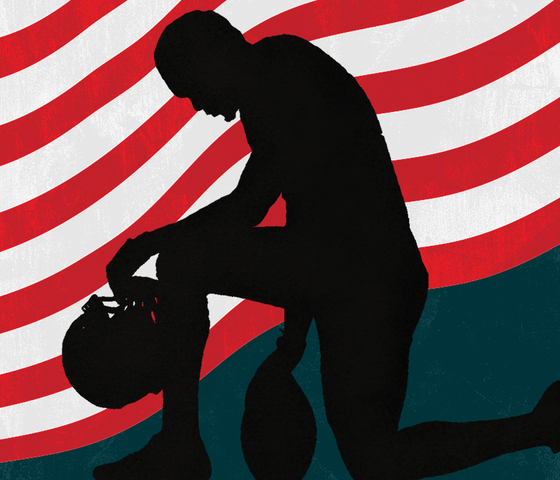