I’m a member of the Mennonite Church. I’ve also been a math teacher for almost a decade. Because of my political views, the state of Kansas has decided that I can’t help it train other math teachers.

I was chosen last spring to participate in a program that trains public school math teachers all over Kansas. After completing a two-day preparation course in May, I was ready to take on the role.

But  in June, Kansas passed a law requiring any individual or company seeking a contract with the state to certify that they are not engaged in a boycott of Israel. That law affects me personally. As a member of the Mennonite Church USA, and a person concerned with the human rights of all people — and specifically the ongoing violations of Palestinians’ human rights in Israel and Palestine — I choose to boycott consumer goods made by Israeli and international companies that profit from the violation of Palestinians’ rights.

I first became concerned with the situation in Israel and Palestine when I visited the region in the early 2000s, while serving a three-year term with the Mennonite Central Committee in Egypt. That interest intensified last fall, when our church hosted a weekly presentation series led by a member of our congregation. He told us about his trip to Israel and Palestine at the invitation of a group of Palestinian Christians. And he showed us video presentations by nongovernmental organizations, children's rights advocates, and former Israeli soldiers about the Israeli government’s treatment of Palestinians.

At the end of eight sessions, we talked about how boycotts, divestments, and sanctions could help bring about an end to the Israeli government’s occupation, in the same way those tactics helped dismantle apartheid in South Africa. I left the meeting with the conviction that I needed to do my part to support the Palestinian struggle for equality, even if it just meant not buying Sabra hummus or a SodaStream machine.

Then, on July 6, 2017, the Mennonite Church USA overwhelmingly passed a resolution calling for peace in Israel and Palestine. It called on Mennonites “to take active and specific steps to redress” the “injustice and violence” that both Palestinians and Jews have experienced. And it urged us “to avoid the purchase of products associated with acts of violence or policies of military occupation, including items produced in the settlements.” This resolution reaffirmed my decision to participate in the boycott.

Just a few days later, I got an email from an official at the Kansas State Department of Education. She said that, in order to participate in the state’s math training program, I would need to sign a certification stating that I don’t boycott Israel. Specifically, I would have to sign below the following statement:

“As an Individual or Contractor entering into a contract with the State of Kansas, it is hereby certified that the Individual or Company listed below is not currently engaged in a boycott of Israel.”

I was stunned. It seems preposterous that my decision to participate in a political boycott should have any effect on my ability to work for the state of Kansas.

After waiting for several weeks and considering my options, I emailed back and told the official I could not sign the certificate as a matter of conscience.  Could I still participate in the state’s training program? She responded that, unfortunately, I could not. I needed to sign the certification in order to get paid.

I am challenging this law because I believe that the First Amendment protects my right, and the right of all Americans, to make consumer spending decisions based on their political beliefs. You don’t need to share my beliefs or agree with my decisions to understand that this law violates my free speech rights. The state should not be telling people what causes they can or can’t support.

I am also sad that I cannot be a math trainer for the state of Kansas because of my political views about human rights across the globe. The two seem so distant and unrelated. My activism on behalf of freedom for all Israelis and Palestinians shouldn’t affect my ability to train math teachers. I hope this law will be recognized as a constitutional violation.

Esther Koontz is a curriculum coach at Horace Mann Dual Language Magnet school in Wichita, Kansas, and a member of the Mennonite Church USA. The views expressed in this post are those of the author; the ACLU does not take a position on boycotts of Israel.

That is so equivocal Ruth. Are you saying that she is bravely convicting herself, of supporting conflict in Israel and Palestine and of freedom from working? I agree.

Courage? To be 'against something' without any real evidence of the targets wrongdoing is way trendy.No steely reserve required as lefty nutties are on the march

Well, get off the internet cuz your computer or phone probably has a chip designed in Israel. Hope you don't get Parkinson's cuz Israel is behind the most modern Parkinson's medications. Oh, and if you should ever run out of water because of a natural disaster... Well, your tough cuz Israel is behind desalinization efforts across the world. I would also suggest using your non electronic encyclopedia to learn what really goes on in Israel, not some crap you heard about on some mission. Thank g-D Kansas did.

Yeah, firsthand experience is so overrated

Because other countries are not working on the same issues also. Spare me your absolutist nonsense. Have you been there? Have you seen what goes on? She was there. Plus, what exactly does someone boycotting products from both Israel and Palestine have to do with a persons freedom of speech here? Please educate yourself before you spout nonsense.

Are you actually suggesting it's great that Kansas has mandated political belief? That no one is allowed to disagree with those, even if it in no way affects their jobs? That's the beginning of a dictatorship. Your agreement that all other viewpoints should be subjugated calls into question everything you choose to call true.

Since your ilk are so fond of bringing up the holocaust.....the Germans came up with some great inventions during the Nazi era too. That still does not negate its war crimes. Just as it does not negate Israel's war crimes and human rights abuses.

God has nothing to do with man's laws, and often man's laws are in contradiction to the will of God and religious teachings. Land theft, I believe the Ten Commandments adequately covers that as a nono - theft, dishonesty, covetousness. Also, Kansas is busy starving its own citizens through most unchristianlike policies.

Since when are Snapdragon processors designed in Israel? 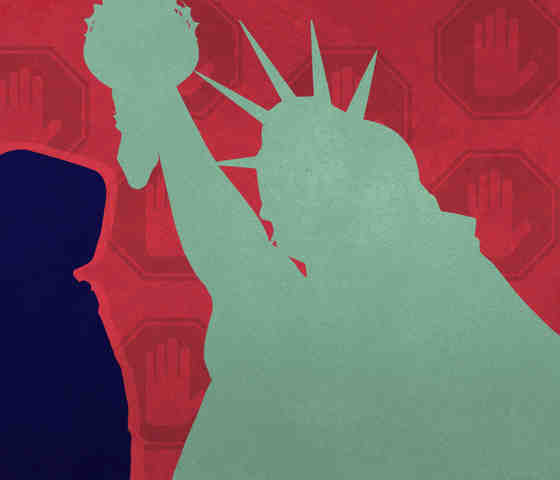