The pipeline has been temporarily blocked by a federal judge pending required environmental impact assessments, but if they’re completed, it is possible that construction could begin in the coming months — and many tribes and activists are at the ready to protest.  That’s their right under the First Amendment, but there seems to be mounting evidence — from a new law in South Dakota to new documents from our Freedom of Information Act litigation — that the government wants to suppress protests even before they begin. 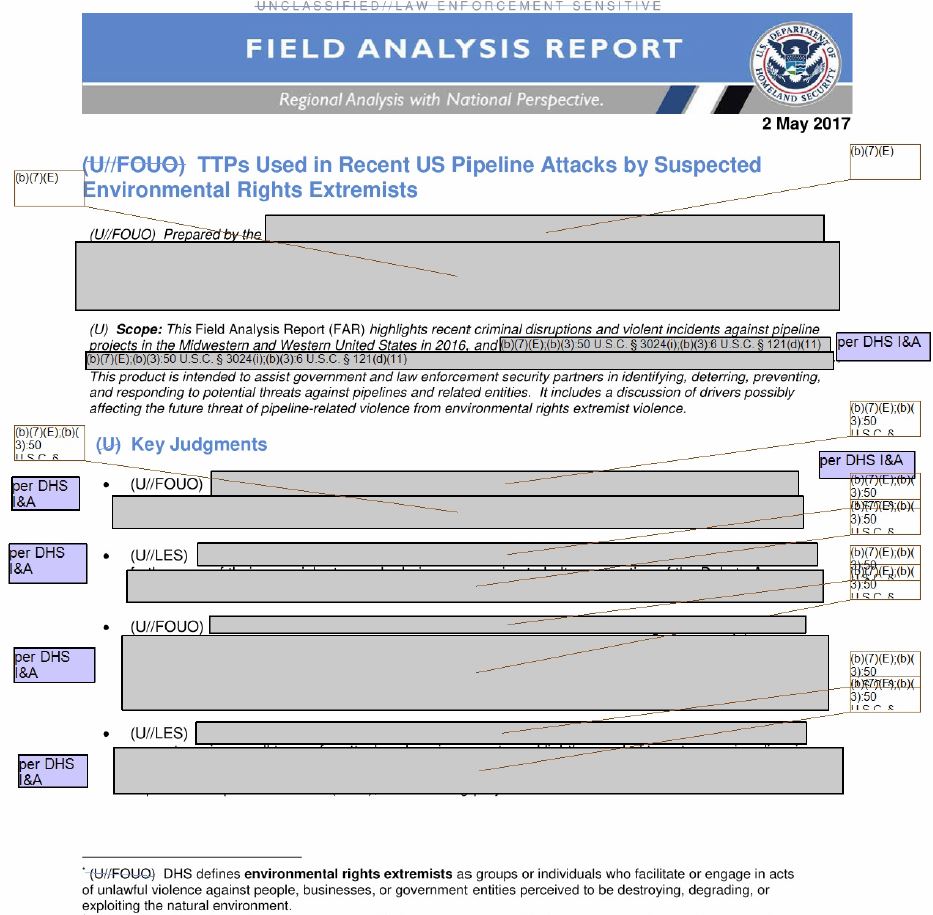