U.N. Investigator Talks About the Future of Solitary and the Death Penalty 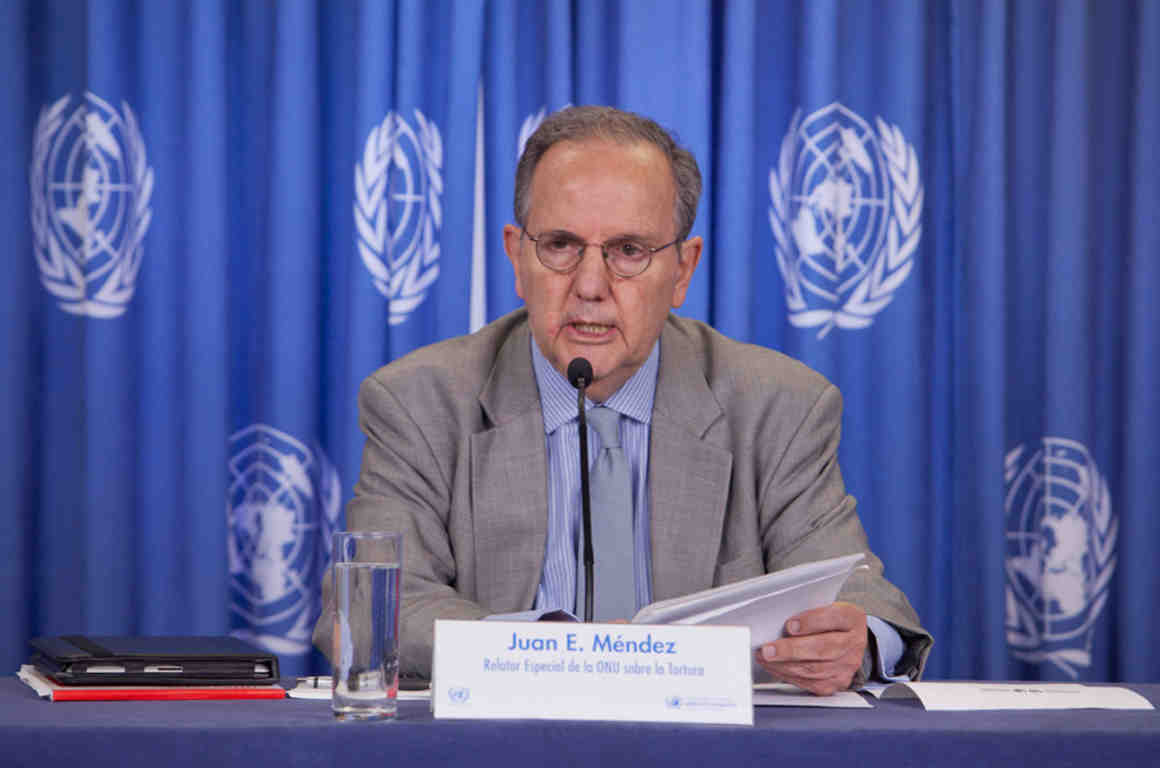 Méndez has been a fierce advocate against torture worldwide and a close ACLU partner in many areas, including fighting solitary confinement, the death penalty, and detention of children.

ACLU Human Rights Program Director Jamil Dakwar had a chance to ask him some questions about his incredible work (the answers have been edited for length and clarity). This Q&A is part two of two, focusing on solitary confinement, death penalty, and prison conditions issues. Read part one of the interview here.

In 2011, we had the sense that solitary confinement had crept up on the international community and the public more generally without us paying much attention. In fact, it was a practice that was banned in the 19th century because it was cruel, and yet it made a comeback in the last few decades. We had the impression — but it was only that, an impression — that it was used more extensively and now in many parts of the world for different purposes. It was used not only as a disciplinary measure, it was used without due process guarantees, and it was used for longer and longer periods.

Now we have made some inroads — with the help of the Cyrus R. Vance Center for International Justice and the law firm Weil, Gotshal & Manges — into at least providing a little more factual information about practices around the world. But of course much more can be done.

Many people, including the ACLU, who have been campaigning against this practice — and specifically in the United States — I think are having an impact. First, the president himself has been calling attention to solitary confinement. Second, two justices on the Supreme Court have said that this needed to be looked at. Third, Senate hearings have called attention to it, and most recently a bill was introduced to curtail the use of solitary. And fourth, litigation has settled in California and New York in which the correctional authorities recognized that at least some aspects of the program must be reformed.

But in the U.S., we are a long ways away from establishing the regulations that we proposed and that have been included in the Nelson Mandela Rules, which are the new Standard Minimum Rules for the Treatment of Prisoners approved by the General Assembly in 2015. We still need to ban prolonged solitary confinement and indefinite solitary confinement. And regardless of duration, we need very clear and specific rules of due process, including judicial review of decisions. Finally, of course we need a complete ban on solitary confinement for children, persons with mental disabilities, and breastfeeding or pregnant women. 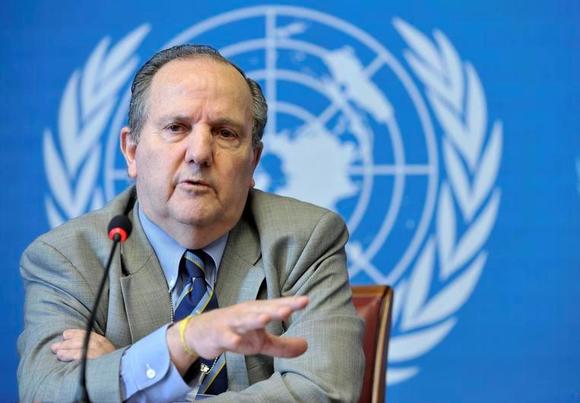 You’ve asked repeatedly to visit Guantanamo Bay and prisons here in the U.S. to examine conditions of confinement, and especially the use of prolonged solitary confinement, but were never allowed a visit. Are you confident that the next administration will continue a dialogue and engage your successor, Professor Nils Melzer, more than they have engaged you?

I think the dialogue with the U.S. government has been fluid. There were sometimes long periods of silence, but there has always been the willingness to at least listen to me. But that falls short of the level of cooperation that any member of the U.N. Human Rights Council has pledged to do.

I first asked to visit Guantanamo early on, in 2011. In 2012, the Defense Department invited me under conditions unsatisfactory under international law: basically a briefing by the authorities of the detention center, a visit to some but not all parts of the detention center, and no ability to interview any inmate or person detained there, even under supervised or monitored conversation. You can imagine that if I were to accept those conditions from the U.S., every country in the world would put similar restrictions on visits and would make prison visits a mockery of what serious monitoring by international bodies should be. Of course, I declined, but didn’t give up on it — I just asked for new and better terms. Unfortunately, from 2012 on, that has not happened.

With respect to prisons on the mainland, yes, I asked to visit both state and federal prisons, eventually with a narrowed-down focus on solitary confinement. I was asked to indicate which prisons, although under the terms of reference by the Human Rights Council, I should be able to visit any and all prisons at any time during the visit. I agreed to select several states, and the State Department then asked those states if they were interested in a visit. Two years ago, I was told that they were working on those states but that the federal prisons were unavailable. A year ago, in September 2015, I was told that the Bureau of Prisons authorized my visit to ADX Florence in Colorado under conditions that were acceptable generally, except that I couldn’t interview anyone accused or convicted of terrorism.

In one of your thematic reports, you’ve said that “while international human rights bodies have yet to take the step of holding the death penalty to per se run afoul” of international law, “there is clearly a trend in this direction at the regional and national levels.” Are you optimistic about the evolving consensus toward abolition of the death penalty? How do you assess U.S. developments on capital punishment in the last few years?

I do think the general international trend toward abolition is firm. Even in the U.S., the number of executions per year has dropped considerably in the last 10 years, for example, so I think we are moving in the right direction.

My sense, also, is that prohibition on torture has become a powerful argument — legal and moral — for states to abolish the death penalty altogether. As a matter of general international law, states can still choose to retain the death penalty. But at the same time those states have the absolute obligation to prevent cruel, inhumane, or degrading treatment or punishment, and I think it is very difficult to conceive of a painless form of execution — and inflicting pain and suffering is considered cruel, inhuman, or degrading treatment right there. And also, all states that retain the death penalty have the phenomenon of death row, with solitary confinement and the anxiety of not knowing when and where somebody’s going to be executed.

The Right to Life Denied: Death Penalty Violates the Constitution and...

World Community Calls on U.S. to Abolish the Death Penalty

We Must Do Better