UPDATE, Nov. 20, 2018: Late Monday night, a federal judge issued a temporary restraining order blocking President Trump’s asylum ban while the suit moves forward. The order will be in effect until Dec. 19 at least, when there will be another hearing on the ban. In his order, Judge Jon S. Tigar of the U.S. District Court in San Francisco wrote, “The rule barring asylum for immigrants who enter the country outside a port of entry irreconcilably conflicts with the INA [Immigration and Naturalization Act] and the expressed intent of Congress. Whatever the scope of the President’s authority, he may not rewrite the immigration laws to impose a condition that Congress has expressly forbidden.”

Claiming that the illegal entry of immigrants across the southern border of the United States is a national crisis, President Trump on Friday issued a proclamation purporting to bar the entry of all persons entering the United States at any place other than an official port of entry.

The Trump administration’s action is contrary to the founding values of the country — welcoming homeless refugees to our shores. It also violates U.S. law, so we, along with the Center for Constitutional Rights and the Southern Poverty Law Center, filed suit against the administration on behalf of several nonprofit organizations that provide assistance to refugees and asylum seekers. The plaintiffs include the East Bay Sanctuary Covenant, Al Otro Lado, Innovation Law Lab, and the Central American Resource Center.

This right is particularly important because U.S. government officials are routinely denying entry to asylum seekers at official ports of entry. We and our partners have documented numerous instances of Border Patrol agents arbitrarily and unreasonably delaying access to the asylum process by threatening, intimidating, providing misinformation, and using physical force to turn away people seeking asylum.

The administration claims that the southern border is overwhelmed with migrants and that it does not have the capacity to process the huge number of asylum applications. But in fact, migration at the southern border is far lower now than it has been in recent years. The number of migrants apprehended by Border Patrol officials at the U.S.-Mexico border in 2017 is the lowest annual number since 1972.

This so-called crisis at the border has been manufactured by the Trump administration to justify its anti-immigrant and anti-refugee agenda. In fiscal year 2018, Customs and Border Protection processed 1.25 million fewer people arriving at the southern border than in fiscal year 2000, despite having a budget and staff that has doubled since then. Despite this, asylum seekers who wish to present at the San Ysidro Port of Entry are currently waiting an average of four to six weeks in Tijuana due to an alleged lack of CBP capacity.

Earlier this summer, only six asylum seekers were processed each day at the port of entry in Nogales, despite a backlog of more than 100 people waiting in Mexico to apply. The port is capable of holding 47 people at a time.

These asylum seekers are fleeing some of the most dangerous countries in the world. Many come from El Salvador, Guatemala, and Honduras, and they are running from life-or-death situations, leaving everything behind to make a dangerous journey. In particular, violence against women by criminal armed groups has escalated dramatically in Central America, and home governments have been unable or unwilling to provide effective protection from persecution.

Upon being turned away from ports of entry, some have been raped, beaten, and kidnapped and held for ransom by cartel members waiting outside. Even shelters outside ports of entry are not always safe, as cartels often infiltrate them. Because they need to reach safety as quickly as possible, and because of CBP’s seemingly deliberate efforts to stop asylum seekers from entering, many feel compelled to enter the United States along the border, outside of a port of entry, in order to escape their persecutors and the violence on Mexico’s side of the border.

According to the United Nations High Commissioner for Refugees, in fiscal year 2015, 82 percent of the women from El Salvador, Guatemala, Honduras, and Mexico who were subject to a credible fear screening by an asylum officer were found to have a significant possibility of establishing eligibility for asylum or protection under the Convention Against Torture. Between fiscal years 2014 and 2016, 12,350  people from El Salvador, Guatemala, and Honduras were granted asylum.

President Trump has claimed that migrants are abusing our system by requesting political asylum and then disappearing into the country and never showing up for their immigration hearings. In fact, once asylum seekers pass their initial screenings — known as credible fear interviews — and are released into the United States, they overwhelmingly show up for their immigration hearings. According to data from the Department of Justice, in fiscal year 2017, 89 percent of asylum seekers appeared for their hearings.

We intend to make sure this continues to be the case and look forward to seeing the administration in court.

Who ever wrote this..why dont you open your personal home to these people if you feel they need help? I bet you won't because you are a hypocrite!!!

If some judge rules that our President does not have the right to protect the sovereignty of this country I would guess that that would be grounds for impeachment of said judge.

Except that the president doesn't have surpreme authority over our laws, contrary to what Trump believes. In writing his presidental order, he violated previously established laws that were passed by Congress. We do not live in a dictatorship and as such, there are checks and balances. Maybe you should review your history.

Obama change the law by letting illegal aliens children to become dreamers who cannot be deported. So why not trump?

Why are these migrants our problem to pay for? Where is the class action suit initiated by ACLU on behalf of American Citizens for the financial burden of $134 Billion of US taxpayer $$ to pay for this mess of illegal aliens?

You can forget it is never going to happen you are not a illegal aliens and you or any AMERICAN CITIZENS/CHILDREN are the ones who pay for their actions. ACLU lawyers have no heart or compassion for American citizens. ACLU hate everyone that is a true American. Talk about racist it ACLU

AMERICAN CITIZEN LOST AGAIN AGAINST ACLU ,DEMOCRATIC AND LIBERALS AND OBAMA JUDGES THANK YOU. I was never a racist until I tried to get a job in America. I did not speak Spanish so they did not hire me. But America is not America anymore it Mexican, Muslim, African South America The funny part of me wishes that far right rises up. And I am a older woman and of color.

It is DISGUSTING that the ACLU continues to put illegal aliens before the rights of Americans. This latest decision on Asylum is WRONG. You think that "judge-shopping" for Activists on the bench validates your claims. It does not! The American People see through the charade. Our country is being harmed by illegal immigration and asylum claims. YOU KNOW IT, everyone knows it! The migrants in Tijuana have been offered safe harbor in Mexico. The Mexican government has made generous offers for each and every one of them. . . and the migrants refuse. You know why? Not because they are in danger or fleeing persecution, it is for economic reasons only. We pay well over $134 BILLION a year for illegal aliens. You are contributing to the submission of illegal asylum claims. WAKE up...your actions are hurting this country.

American middle class pay for everything and the poor get everything along with illegal aliens. The rich has everything.

I live on social security I have taxes taken out so that I don’t have to pay a lot taxes to IRS and Medicare I have to pay for. Do I get my social security I don’t have a lot of money to live on. I retired at 62 I had to find a job to help me. If I over work the amount that was set by social security I have to pay it back this with all older American citizens. I know that ACLU, Democratic and liberals don’t care. They only care about illegal aliens and their children. I wish you all the best because what go around comes around. I guess a lot you ACLU lawyers came from shithole countries and that you miss it. You should self deport back to your parents or grandparents countries and help them out. I guess you cannot because you are to scare. That why you want America to become a shithole you miss your own countries. Well welcome to the shithole America you have finally made to be. Thank you for the wonderful work you did I hope that you are finely happy with all your hard work. 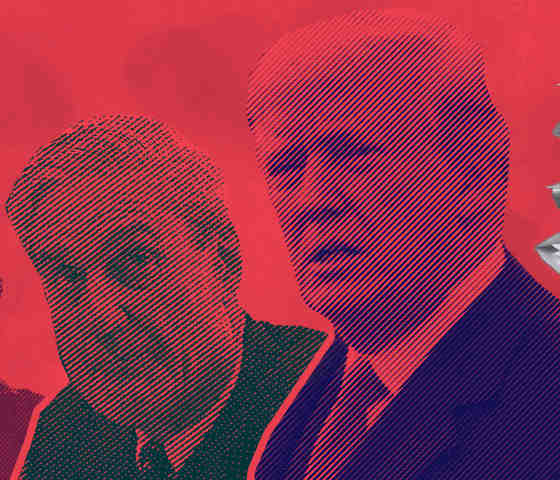