Immigrant Children Do Not Have the Right to an Attorney Unless They Can Pay, Rules Appeals Court

UPDATE (09/20/2018): On September 19, 2018, the Ninth Circuit Court of Appeals vacated the decision in C.J.L.G. v. Sessions, which denied immigrant children the right to a court-appointed attorney, even in asylum cases with life-and-death stakes. The Court ordered the case to be reargued before a panel of 11 judges. The hearing will occur the week of December 10.

Last week, a three-judge panel of the Ninth Circuit issued a truly brutal decision, concluding that the Constitution did not require the government to provide a lawyer to a 15-year-old Honduran boy facing deportation.

It appears to be the first case ever to hold that children can represent themselves in court when important legal rights are at stake. That the ruling came in a deportation case involving asylum — where the stakes are incredibly high, the law notoriously complex, and the government pays a trained prosecutor to advocate the child’s deportation — makes the court’s decision even more extreme. The ruling is the latest, and most disappointing, chapter in our long-running effort to obtain fairness for children in immigration court.

The notion that children are somehow capable of defending their rights in court defies basic common sense. It is entirely foreign to our law and contrary to the Constitution’s due process guarantee. Under longstanding Supreme Court precedent, if authorities wanted to send the boy, known as C.J., to a juvenile disciplinary center for smoking cigarettes or cutting class, he would be entitled to a lawyer to ensure that he received a fair trial. However, when it comes to children facing deportation, the federal government believes that children have no right to an appointed lawyer if they are unable to afford one. The government recognizes no exceptions to this rule, even in cases where an erroneous decision could be tantamount to a death sentence.

The stakes are exactly that high for C.J. As the court acknowledged, he faces a serious risk of death at the hands of gangs in Honduras. When he was 13 years old, he and his mother fled after gang members pointed a gun to his head, threatening to kill him if he did not join their ranks. Sadly, such threats are common in C.J.’s hometown of San Pedro Sula, one of the most violent cities on Earth.

Despite the danger that awaits him, the court found that C.J. had failed to show that he met the other technical requirements to qualify for asylum. He had failed to explain that gang members were motivated to kill him because of his “membership in a particular social group,” and that the Honduran government was “unable or unwilling to control” the gang in question. Of course, C.J. did not even know of, let alone understand, these abstract legal requirements. But the court found he had no right to a lawyer to help him meet them. 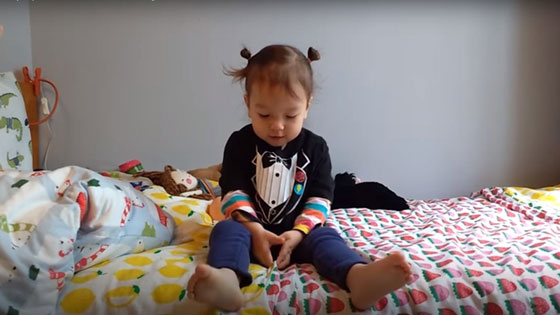 If allowed to stand, the decision’s consequences will extend far beyond C.J. Well over 100,000 children from Honduras, Guatemala, and El Salvador have fled to the United States in the last five years, as conditions in those countries have grown steadily worse. To give just one example: They have three of the five highest murder rates among all countries on Earth, mostly due to the conflict between violent gangs and state security forces.

But only about half of the children who came here in the last several years have ended up with attorneys to represent them in immigration court. What happens to the rest? Statistical evidence confirms what common sense already tells us: A child without a lawyer has almost no chance of presenting and winning a complex asylum case. They are allowed to remain here less than 10 percent of the time. Representation makes all the difference, as children are five times more likely to prevail if they have an attorney. Even among adults, a 2011 report from a panel headed by a federal judge found that adult immigrants with lawyers are five times more likely to win their cases than those who represent themselves.

Nor are the courts the only avenue to address this most serious human rights problem. Congress could address this injustice by allocating funding to guarantee attorneys for children in any upcoming immigration legislation. A provision containing such a guarantee actually passed the Senate — with 68 votes — as part of a major immigration law reform bill in 2013. And the Trump administration could fix the problem even more easily, whether by allocating funds directly or instructing its judges not to proceed against children until they find a lawyer.

We do not know which of the three branches of government will eventually take responsibility for providing due process for these vulnerable children. But the ACLU will not stop working until one of them does what the Constitution demands. All children deserve due process.

Nine Years After DACA Went Into Effect, Congress On The Verge Of Passing A...

A Deportation Moratorium, What Comes Next for Biden?