The Trump administration’s decision to indefinitely lock up asylum-seekers, instead of releasing them on humanitarian parole while their cases are decided, is ruining lives across the country. It’s estimated that more than 1,000 asylum seekers have been denied release in the five ICE districts named in our lawsuit alone.

Before arriving at the U.S. border, our clients led lives that were strikingly different from one another. These men and women represent five different countries; some are teenagers and some are grandparents. Before they were “asylum seekers,” they were teachers, software engineers, drivers, and students.

But at some point, all of them encountered a level of danger so great that it forced them to flee their homes and countries. They arrived to the United States looking for safety.

All of our clients have proved their identity, passed a government screening, and have sponsors to live with in the U.S. while their cases are decided. DHS’s own policies stipulate that asylum seekers should be released under “humanitarian parole” as their cases are decided, provided they meet a series of strict requirements. But under the Trump administration, rates of parole grants have plummeted and asylum seekers are being categorically jailed without due process.

Ansly Damus
Ansly, an ethics teacher in his early 40s, fled violence and political persecution in Haiti after speaking out against the corruption of a local politician. He was attacked by a local gang whose members severely beat him, set his motorcycle on fire, and threatened to kill him. Fearing for his life, Ansly fled Haiti, leaving behind his wife, eight-year-old daughter, and four-year-old son. Ansly not only passed his screening, an immigration judge has granted his application twice. However, in each instance, the U.S. government appealed the decision, extending his case proceedings. Ansly is currently locked up in Geauga County Safety Center in Chardon, Ohio, where immigrant detainees are kept in windowless rooms, and he has not been allowed outside in 16 months.

Alexi Ismael Montes Castro
Alexi, an 18-year-old, fled Honduras after being harassed, beaten and threatened at gunpoint because he is gay. Fearing for his life, Alexi requested asylum in November 2017. Even though an immigration officer found he has a credible fear of persecution, Alexi has been detained for approximately four months. Without even interviewing him, ICE denied Alexi’s release, even though he has a relative in Virginia with whom he can stay while his case is decided. Alexi is currently detained at the York County Prison in York, Pennsylvania.

Abelardo Asensio Callol
Abelardo, a software engineer and project manager for a specialized computer services company belonging to the Ministry of Tourism, fled Cuba after being persecuted by the government. After refusing to join the Cuban Communist Party (CCP) and attend a rally held in memory of Fidel Castro, the Ministry of Tourism removed Abelardo from his position as a project manager. Government officers then came to his home and accused him of various crimes and holding anti-government opinions. In December 2017, Abelardo passed his credible fear interview, but ICE denied him parole without ever interviewing him. He has since submitted several requests to ICE to submit additional documentation that would establish his identity, he is not a flight risk, and has sponsors in the U.S. with whom he can live while his case is decided. Abelardo is currently detained at the York County Prison in York, Pennsylvania.

A.M.M. and H.A.Y.
A.M.M. and H.A.Y. are a husband and wife seeking asylum in the United States after fleeing dangerous criminal elements in Mexico. In October 2017, an armed wing of a criminal cartel in Mexico began targeting their family, seeking to take control of the family’s house, cattle, and farm. The cartel members repeatedly came to their home looking for A.M.M. and threatened to kill him. Fearing for their lives, the couple came to the United States in December 2017. In February 2018, the El Paso ICE Field Office denied both H.A.Y.’s and A.M.M.’s requests for humanitarian parole, even though they had established their identities, identified a sponsor with whom they could live, and shown that they pose no flight risk or danger to the community. The couple is currently detained separately; H.A.Y. is locked up at the El Paso Processing Center in El Paso, Texas and A.M.M. is at the Otero County Processing Center in Chaparral, New Mexico.

L.H.A.
After L.H.A., a 22-year-old refused to join a gang in El Salvador, gang members threatened to kill him and his family. They demanded a monthly payment in exchange for staying alive. Fearing for his life, L.H.A. came to the United States in May 2016 and presented himself to immigration authorities in El Paso, Texas. On June 14, 2017, L.H.A. applied for parole, but the El Paso ICE Field Office denied L.H.A.’s request, even though he had established his identity, identified a sponsor with whom he could live, and shown he poses no flight risk or danger to the community. L.H.A. has been detained for more than twenty-one months. He is currently locked up at the El Paso Processing Center in Texas.

E.E.C.S.
E.E.C.S., a 23-year-old, fled El Salvador after being targeted by both MS-13 and the Salvadoran police. MS-13 gang members tried to recruit E.E.C.S. to join them, and when he refused, they beat and threatened to kill him. The police also targeted E.E.C.S. because his cousin is a leader of MS-13. Fearing for his life, he left the country, and presented to U.S. immigration authorities in December 2017, stating his desire to seek asylum. The Los Angeles ICE Field Office denied E.E.C.S.’s request for humanitarian parole, even though he has established his identity, identified a sponsor who he could live with, and shown that he poses no flight risk or danger to the community. E.E.C.S. is currently detained at the James A. Musick detention facility in Irvine, California.

L.I.L.M.
L.I.L.M., a 31-year-old father of two, is seeking asylum in the United States after fleeing a dangerous criminal cartel in Mexico. Members of the cartel kidnapped L.I.L.M.’s two brothers and threatened to kill him and his family. When L.I.L.M. investigated their disappearance, the cartel members came to his family home with guns and threatened to “disappear” him if he did not stop. Fearing for his life, L.I.L.M sought asylum in San Ysidro, California in October 2017. After passing his asylum screening, L.I.L.M. submitted two requests for parole, including evidence of his identity and letters of support from a family member who can serve as his sponsor. The Los Angeles ICE Field Office orally denied both his parole requests without providing him any explanation or written decision. L.I.L.M. has been detained for over four months and is currently locked up at the James A. Musick detention facility in Irvine, California.

I know of a couple of Russian women who have LIED on U.S. immigration forms about being refugees from some war that did not exist. They were just homemakers that wanted to leave the former Soviet Union to shop in America that were sick of standing in long lines for yesterdays' fashions. However, they slept with an attorney/pro tem judge that somehow got their paperwork pushed along. They get away with this because they are Caucasian. Clearly there is a racial prejudice in our government and even more so now.

Now you guys seem to be greedy and very bias

Wow, what a hero that Ansly Damus Guy is. Leave your wife and children behind to defend for themselves. FACT, the VAST MAJORITY of these people never show up for their hearings. So I am 100% for letting them stay in custody. NO ONE should be released till a final decision is made. Good for ICE

I think it's sick what ICE think they can come and destroy law-abiding citizen's and tear apart families.ICE literally STOLE my husband after living in Cuba in the late 1970's when their were much wordly rioting. My husband from Cuba refused to join the (CCP)Cuba communist party with his political beliefs and came here as a legal Cuban polital refugee in 1980 with others legally and sponsored by a family. Back then the government never told his sponsoring family how to help him with applying for citizenship. He has been in this country 39 years and married, has children, and grandchildren, a wife, legal place of recidency with his wife and family and ICE has illegally detained my husband with no right due process under 5th ammendment. He was taken away from his daughter 4 days before she gave birth to his grandson. He was deprieved of medications the first 2 weeks and treated poorly.. When i left Milwaukee, WI that day ICE refused to look at our marriage licence or stay of removal and extreme hardship and adjustment of status documents. Ive fiiled legaly a writ of habeas corpus to release my husband.... I plan on filing criminal and civil lawsuit against Dodge Detention facitity to Sherriff and Ice in Chicago, Ill for illegaly detaining my husband. Deprieving him of due process rights for councel to see an immigration judge and making him being detained for being a human being thats law abiding ?? Something needs to be done... This needs to end... This is injustice. He is disabled, 60, medical needs that are not being met by appropriate medical staff.... If anything should happen to my husband further charges will follow. I will be following a writ of certoria next to the United States Supreme Court level.. Please share this to everyone and Prayers for our family we can once again be reunited.

Sounds like your husband was an asylum seeker who never applied for citizenship, as he should have. Only Americans have rights under the American Constitution. Didnt apply for citizenship for 39 years, and it's our government's fault? Right.....

What happens to such detained people who request to leave the "Safety Center" and go back to Mexico? (Since they didn't cross the border illegally, there can be no justification for preventing them from returning.)

PS: I found out that one thing that happens if they go back is that their asylum application is cancelled. 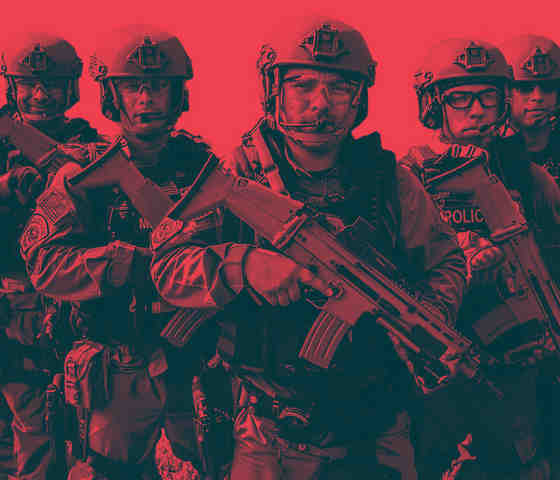