Peter Sean Brown is a U.S. citizen who lives in the Florida Keys. He was born in Philadelphia and has lived in Florida for 10 years. Before this year, he had never heard of Immigrations and Customs Enforcement, or ICE.

That changed abruptly in April, when the Monroe County Sheriff’s Office held him in jail so that ICE could try to deport him — even though he’s a U.S. citizen. The ACLU, the ACLU of Florida, the Southern Poverty Law Center, and Gibson, Dunn & Crutcher LLP filed a lawsuit today against the sheriff’s office for violating Peter’s Fourth Amendment rights. His experience — being locked in jail away from his family, friends, and job to facilitate an illegal deportation — is a stark example of what can go wrong when local law enforcement does ICE’s bidding.

The saga began when Peter reported to the Monroe County Sheriff’s office for violating probation with a low-level, marijuana-related offense. Instead of quickly releasing him, the Monroe County Sheriff’s Office told Peter that they were keeping him locked up to facilitate his deportation. ICE had faxed a request, known as a “detainer,” asking the sheriff to lock Peter up, so it could deport him to Jamaica. 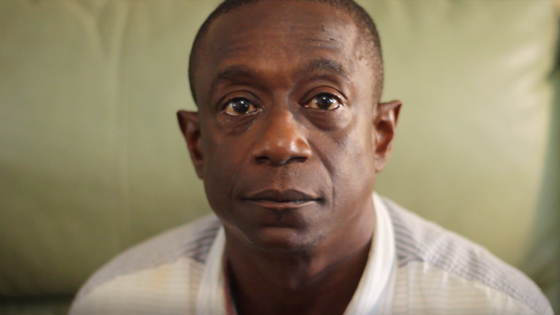 Peter was terrified. He knew almost nothing about Jamaica, having only visited the country once on a cruise. And yet Monroe County jail officers told him he was being sent to a Jamaican prison.

Peter started frantically telling jail officers he was a U.S. citizen and asked to show them his birth certificate. He filed multiple written grievances. He called ICE, but no one ever answered the phone. His manager at work called the jail attesting to Peter’s citizenship.

Jail officers ignored him entirely. None of them helped him cancel the detainer or even looked into his claims, even though the jail’s own records listed Peter as a U.S. citizen. Many officers even mocked him, telling him in a Jamaican accent that everything was “gonna be alright.” Officers sang him the theme song to the TV show the Fresh Prince of Bel Air—“West Philadelphia born and raised”—after he repeatedly told them he was from Philadelphia and had no ties to Jamaica.

The officers told Peter that their practice was to hold everyone that ICE asks for, no matter what. In fact, the sheriff himself announced his enthusiastic support for ICE’s deportation policies in a press conference earlier this year. Following his lead, his officers told Peter that it didn’t matter what evidence Peter had. If ICE wanted to deport him, they would oblige.

After Peter filed a second written complaint, the sheriff’s office made clear it was holding him regardless. Its written response read, “It is not up to us to determine the validity of the ICE hold. That is between you, your attorney and ICE.” 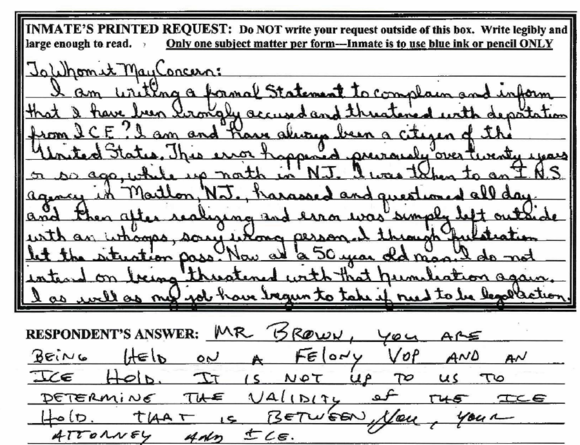 This nightmare lasted for weeks, until the moment finally came when the sheriff did turn him over to ICE. Peter was taken to an ICE facility in Miami. He was days from being put on a plane when ICE finally agreed to look at his birth certificate. When ICE realized Peter was, in fact, a U.S. citizen, the agency quickly released him, leaving him in Miami without even offering transportation home to Key West.

Peter’s frightening story should make sheriffs and police chiefs think twice before agreeing to hold people for ICE. In recent years, ICE has asked local jails to hold hundreds (if not thousands) of U.S. citizens for deportation. Each one probably felt the same panic as Peter. Study after study has documented this troubling pattern of targeting U.S. citizens with ICE detainers.

By facilitating these efforts, local sheriffs are putting themselves on the hook for enormous financial liability. Dozens of them have faced costly litigation and been forced to pay six-figure settlements because of their collaboration with ICE. Monroe County is just the latest in a long string of counties that have violated people’s rights at ICE’s request. And ICE does not reimburse any of these expenses.

Funneling people to ICE also facilitates an ever-more-arbitrary deportation system. The Trump administration is targeting people who have lived in the United States for decades, sometimes their entire lives. It has plucked parents off the street in front of their children, canceled protections for people who grew up here, and taken status away from people who fled wars and natural disasters 30 years ago. Just like Peter, their families, homes, and careers are in the United States. The cruelty of deporting them is hard to overstate.

Sheriffs do not have to abet these efforts. They all have a choice. They can focus on solving crimes and serving the needs of their own communities. Or they can spend scarce time and jail space responding to ICE’s detention requests, and face whatever financial consequences may result.

Peter’s story should prompt the Monroe County Sheriff’s Office to reconsider its choice to join ICE’s runaway deportation force. It should also serve as a warning to other law enforcement to stay out of the deportation business. It’s simply not worth the financial and human cost.