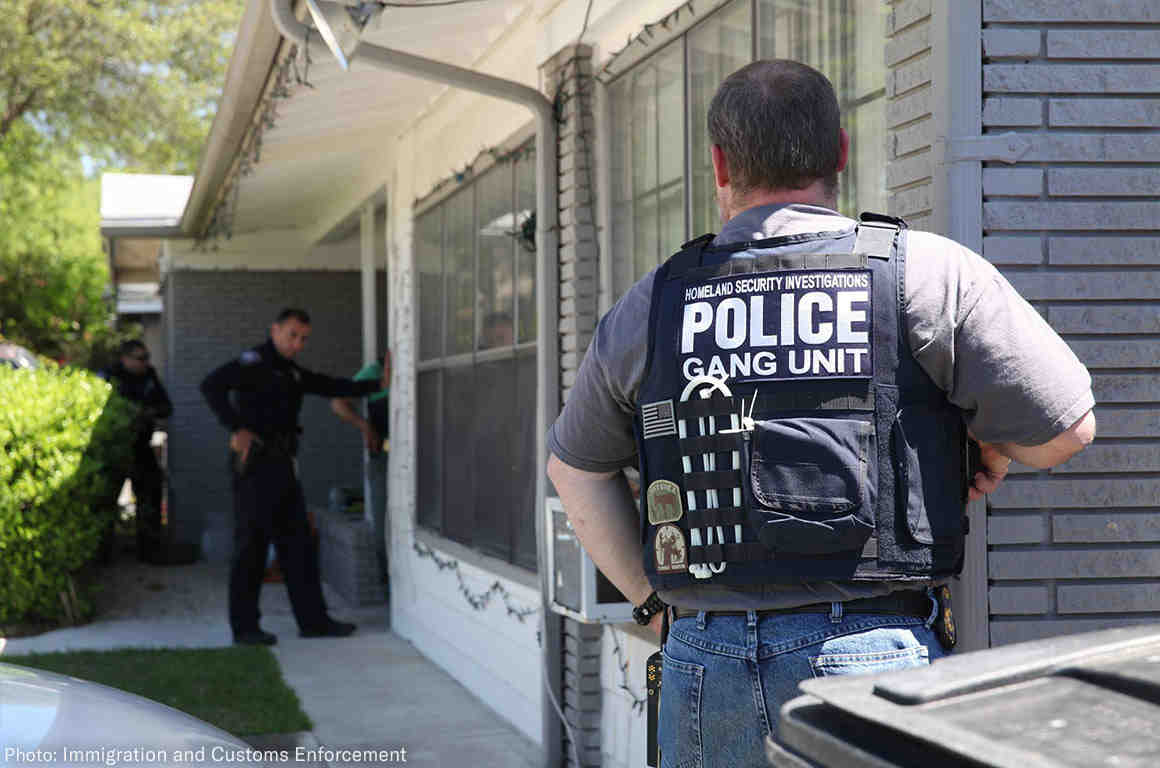 “What did we do to deserve this?”

“If they’re being deported, why are they still in detention? And how long will they be there?”

These are just some of the questions haunting hundreds of Iraqi families, whose loved ones have been held in immigration detention for months. Starting in June, Immigration and Customs Enforcement began conducting raids on Iraqi nationals with final orders of removal.

To date, ICE has not provided any evidence that the detained Iraqis are a flight risk or pose a danger to the community. This week, the American Civil Liberties Union will be in court to argue that individuals should be released under supervision while they fight their deportation cases. The hearing is the next step in the ACLU’s challenge, which charged ICE with attempting to deport people back to Iraq without due process, and in spite of credible evidence that they would face religious persecution and violence due to their connections to America.

Among those arrested were Christians, Kurds, and Muslims who had been living in the United States for varying lengths of time, many for decades. A majority of those swept up are Chaldean Christians, a religious and ethnic minority that faces violent persecution in Iraq. Fears of violence have been exacerbated by the rise of ISIS, which has also targeted Sunni and Kurdish Muslims. All of these individuals have reason to believe that living in America will mark them as targets for persecution in Iraq.

Deporting people to a country where they are likely to face violent persecution is not only immoral — it is against American and international law. In July, Judge Mark A. Goldsmith halted the deportation of more than 1,400 Iraqi nationals across the United States, finding that “each petition faces the risk of torture of death on the basis of residence in America …and many will also face persecution as a result of a particular religious affiliation.” When weighing these threats against the “cost and efficiency in administering the immigration system,” he found that “such interests pale to the point of evaporation.”

With this reprieve, Iraqis with open orders of removal were allowed valuable time to try and reopen their immigration cases. And so far, they are winning.

As of November 11, 87 percent of the motions to reopen cases in immigration court that have been fully adjudicated have been granted. In every single one of the 10 cases that have already been reopened and decided on by a judge, the person has won some kind of immigration relief or protection from deportation. The courts recognize that these individuals have strong claims for asylum, with many facing a significant likelihood of persecution, torture, or death if returned to Iraq.

The families are winning their legal claims in spite of the enormous hardship that detention presents. Following the summer of raids, individuals were sent to all parts of the country, making it extremely difficult for them to see family members and work with attorneys.

Our own investigations have exposed abuse by ICE including failure to respond in a timely manner to detainees’ requests for medical help, and undue pressure on detainees to sign away their right to fight deportation. One individual suffered excruciating pain after he was sent back to detention after undergoing quadruple by-pass heart surgery. The detention facility ignored the recommendation from his surgeon who wanted to keep him in the hospital for monitoring. Instead, the facility brought him back just days after the surgery and refused to give him medications vital to his recovery.

With each passing day, hardships at home are mounting. The majority of those detained were the providers, caretakers, and stabilizing forces of their families. Without their presence, disabled children are at risk of missing medical appointments, families are forced to close their businesses and move out of their homes, and loved ones are plagued with fear for the safety of those they miss.

Others feel a stinging sense of exclusion. Having lived a substantial portion of their lives in the United States, many detainees fear returning to Iraq and being persecuted as unwelcomed Americanized outsiders. Most have made this country their home and don’t have roots or social capital to go “back” to if they are forced to make new lives there. Others fled to the United States after having risked their lives aiding U.S military efforts in Iraq.

In a rush to deport as many Iraqis as possible, ICE would have put people at risk of persecution, torture or death. Since the court blocked that option, ICE continues its crusade to make the people’s lives so miserable that they give up their right to remain in this country with their families.

There is no compelling reason for ICE to lock up these men and women while they fight the government’s attempt to unlawfully deport them. The court should step in and order their release.