We were all afraid of the knocks on our door, especially if it happened early in the morning. We all knew what it could mean — ICE, la Migra, Immigration and Customs Enforcement.

There was always a second of pause, a moment of silence where my parents and I would look at each other — the slight silent hesitation where a thousand thoughts ran through all of our heads. Who will take care of the children when they take us? Do you remember where all our important documents are? You remember who you’re supposed to call first? Take care of your siblings. We love you.

Many immigrant families know this drill. ICE has built a reputation of shattering families and destroying immigrant communities. Recently, ICE started a public relations campaign where they are attempting to create an image of themselves as “fair and effective." 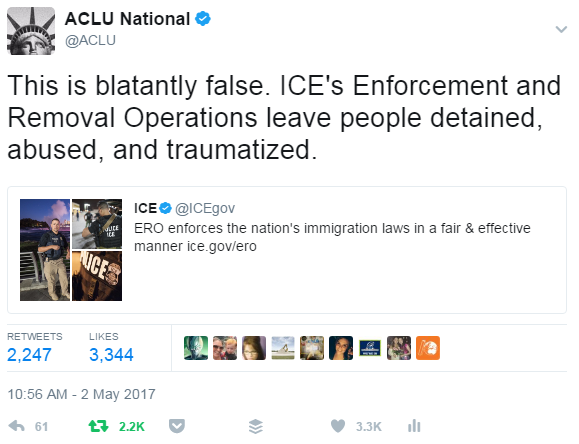 But here at the ACLU, we have a better understanding of the practices that ICE has carried and will continue to carry out under the Trump Administration. President Trump ordered an additional 10,000 new ICE agents, tripling the current number, to implement his enforcement agenda. An agenda that pays lip service to going after only the “bad hombres ” when it actually seeks to target all undocumented immigrants regardless of their criminal history or ties to this country.

President Trump has essentially given ICE free range to do as they please. The proverbial “shackles” have come off, creating panic among immigrant communities. Widespread constitutional violations, including racial profiling and unlawful stops, have contributed to the public image ICE has within communities.

A high school in Maryland with a high Latinx population saw a decline in attendance as deportation fears rose. Parents avoided sending their kids to school fearing they would be picked up by ICE while they were dropping them off or picking them up.

The ICE-induced panic extends beyond the classroom and into our nation’s courthouses. Experts have seen a sharp decline in Latinas reporting domestic violence and sexual assault. A woman identified by the initials I.E.G. was arrested by half a dozen ICE agents in a courthouse in El Paso County while seeking a protective order against her abusive partner. El Paso County Attorney Jo Anne Bernal speculated that the only other person who could have tipped ICE off was her alleged abuser. Victims are not reporting crimes and even dropping their cases fearing deportation.

Our courthouses cannot thrive if they do not allow all individuals access to justice. ICE is not enforcing the law but preventing the law from being enforced, disrupting public safety and ensuring that crimes, such as domestic violence, go unreported.

Fortunately, judges across the United States are speaking out. Chief Justice of the California Supreme Court Cantil Sakauye sent a letter to Attorney General Jeff Sessions and Homeland Security Secretary John Kelly, urging them to end the practice of courthouse arrests.  Chief Justice of the Supreme Court of New Jersey Stuart Rabner has also written a letter to Kelly.

In fact, ICE, despite claiming to be “fair and effective” in this new PR strategy, has quite a history of detaining and deporting the least expected individuals: American citizens. Data from 2010 suggests that over 4,000 American citizens were either detained or deported in that year alone.

If this is how ICE views its operations as “fair and effective,” then it leaves much to be desired.

When they kick at your front door
How you gonna come?
With your hands on your head
Or on the trigger of your gun?

When the law break in
How you gonna go?
Shot down on the pavement
Or waiting on death row?

The money feels good
And your life you like it well
But surely your time will come
As in heaven, or as in hell

What a powerful and very disturbing poem!

Reins are for horses. Reign is for people. And she was referring to the ICE Agents. Who are also, technically people, but best to check your own spelling before correcting someone else's

Rein is correct. Free rein means the reins are loosened and you can run free.

How funny that the A"C"LU cares more about illegal immigrants than citizens today....

Anonymous deplorable here. These families that you say ICE are destroying are destroying themselves. They either stepped over the border unauthorized or they came here on a visa but overtstayed it without further authorization. They had anchor babies in the interim. Now they're blaming the laws of our federal government created by politicians us American citizens voted in there. These immigrant families knew the consequences beforehand. But they ignored the rules. Now there's a new Sherriff in town. Enforcing all the laws on the books. So the families can do something to make sure their family isn't separated after deportation. Bring the children with them back to the parents original country. 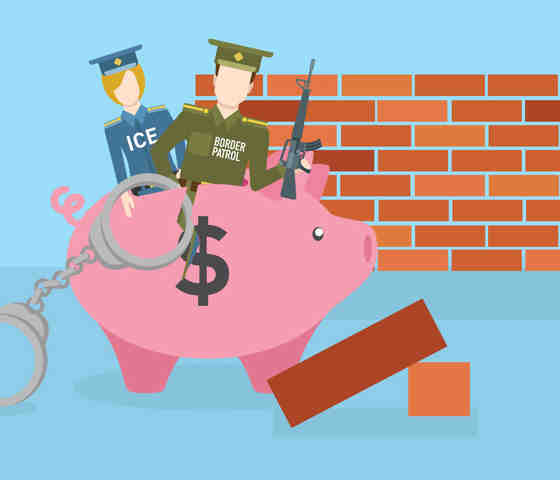