President Trump’s Department of Homeland Security frequently claims to be motivated by a dedication to law and order, but its immigration enforcement tactics are often directly contrary to local communities’ legal and electoral choices.

Recent raids by U.S. Immigration and Customs Enforcement (ICE) in North Carolina were a failed attempt to achieve by force what was soundly rejected at the ballot box last November: Trump’s anti-immigrant agenda. ICE targeted places and people based on democratic decisions North Carolina counties made about their policing resources and values, including upholding the Constitution.

In the 2018 sheriffs’ elections in North Carolina, several long-term incumbents in Wake, Durham, Mecklenburg, Forsyth, and Henderson counties were defeated. Their successors ran — and won — on the promise of accountability to the diverse communities that they serve and against being part of Trump’s deportation force. This included the termination of 287(g) cooperation agreements with ICE that notify federal agents of the immigration status of detained individuals. Immediately, sheriffs began enacting the will of the people.

Sheriff Gary McFadden of Mecklenburg County and Sheriff Gerald Baker of Wake County both publicly ended their 287(g) programs, joining other major cities’ counties like Harris (Houston) and Los Angeles in considering 287(g) to be harmful to community policing by frightening residents and an unjustified subsidy of federal immigration enforcement by local budgets that have other public safety priorities. Law enforcement leaders such as the Major Cities Chiefs Association say that entangling federal immigration enforcement with state and local policing, as 287(g) does, is mistaken.

In the months since their elections, sheriffs in Forsyth and Henderson counties have now both also made statements about their interest in disentangling from their relationships with ICE. Sheriff Lowell Griffin in Henderson County has stated that their 287(g) program, set to expire at the end February, drains his office of essential financial resources, although it remains to be seen if he will renew the program despite the financial losses incurred by his office.

In Forsyth County, Sheriff Bobby Kimbrough has stated that he will no longer honor ICE detainer requests and will require a judicial warrant: “We will not be an extension of immigrant investigations.” He also expressed concern saying, “Basically, I’m detaining somebody’s Fourth Amendment right without due process.”

ICE engaged in a five-day statewide operation in North Carolina starting Feb. 5. ICE targeted the three counties — Wake, Durham, and Mecklenburg — where sheriffs have publicly ended their collaboration with ICE.

The operation resulted in the detention of over 200 immigrants and was admittedly haphazard in nature, resulting in ICE detaining at least 60 immigrants who were not targets of ICE immigration enforcement, but were simply in the “wrong place at the wrong time.”

In defending the raids, ICE officials directed their ire at local law enforcement for ending collaboration with ICE. ICE Field Office Director Sean Gallagher named “the dangerous policies of not cooperating with ICE,” as the impetus for the operation.

Gallagher went so far as to confirm the indiscriminate detention of immigrants that are not ICE priorities for immigration enforcement, saying, “If these [287(g)] programs would be in place, I wouldn’t have to put so many officers on the street [...] and you would have less people — like you were talking about — workers going to work that would be arrested. Absolutely.”

Sheriffs upholding the Constitution are refusing to break the law, not declining to enforce it. But ICE Southern Region Communications Director Bryan Cox was intentionally misleading in alleging a lack of cooperation. He said, “The reality is now given that the Mecklenburg County Sheriff's Department will no longer cooperate with ICE, ICE has no choice but to send its officers into the community, into neighborhoods, into workplaces to make those same arrests.” ICE is aware of every person booked into these jails through fingerprint sharing: If they want to detain someone, all that’s needed — like from every other law enforcement agency — is a warrant that’s independently issued by a judge and supported by the Constitution’s probable cause requirement.

In the wake of ICE’s coercive and retaliatory operations across North Carolina, community groups are taking up the important work of rapid response and community building. Groups like Siembra NC, Familia Si, 287(g) No, CIMA, Comunidad Colectiva, Comite Popular Somos Raleigh, and Comite de Accion Popular are mobilizing with allies to support sheriffs who protect their residents’ rights and put serving their communities first.

We support this broad coalition, which includes faith-based and nonprofit organizations, and call on Gov. Roy Cooper to condemn the retaliatory ICE operation in North Carolina. We also call on ICE to be transparent and report publicly about how, where, and why each individual was detained during the operation. North Carolinians voted last November for community policing and respecting the Fourth Amendment, and ICE’s scare tactics won’t roll back our progress.

" anonymous45" You're confused. Taxpayers are wastefully funneling money into the ICE renegade program. A bunch of power driven officers that like having access to the millions of dollars worth of ego equipment... Give me my money back for that! Illegals that have over stayed their visas have been here working and prospering, becoming citizen material. UNLIKE a lot of born and breed here Americans.

Now on a more serious note @ACLU The central Americans that are crossing the borders seeking asylum are TECHNICALLY Native Americans right? That's why ICE was reporting "aboriginal blood types".... NOW let's talk about the tribal lands...those native americans were their ancestors too. Can't we talk to prominent tribal land decision makers and place these new aboriginal family member? This would help to further develop and create jobs for our tribal communities

HELLO: Like the tribal police,council,tribal president and school board members.

I notice all the groups listed above are all Hispanic not American. I lived and worked in the Peidmont area so I am very aware of how many illegal aliens and that is what they are no matter how you try to respell it. I also know how many American citizens are turned away from work in that area because of all the illegal aliens that will work in violation of OSHA REGULATIONS saving the companies that hire them . It's all about the companies getting richer! How many illegals work at Perdue chicken? Is Bev Perdue still in office? Notice a very resemblance in names? NC politicians are making money from kick backs for protecting illegal aliens and don't give a shit about their rights only the all mighty $$$$$$$$$$$$$$$$$$$$

NC Republicans are protecting illegal aliens so they can make money or get kickbacks? I knew NC had voter fraud caused by Republicans, but this is an all new low! Are all the companies using the illegal aliens making lots of money for capitalism? Geez can you believe it. Vote Democrat.

We must recognize this for what it is, a first step to totalitarianism. ICE needs to go.

By the way, with a last name as ANASYRMA, what country do you claim as home? Know it's not Smyrna, Ga, USA!

ITS ALL ABOUT THE ALMIGHTY MONEY FOR BIG BUSINESS AND SMALL BUSINESS. IT ABOUT WAGES PAYING SMALL WAGES TO ILLEGAL ALIENS INSTEAD OF PAYING HIGHER WAGES TO AMERICAN CITIZENS. THE RICH PEOPLE DON’T WANT PAY AMERICAN CITIZENS LIVING WAGES. 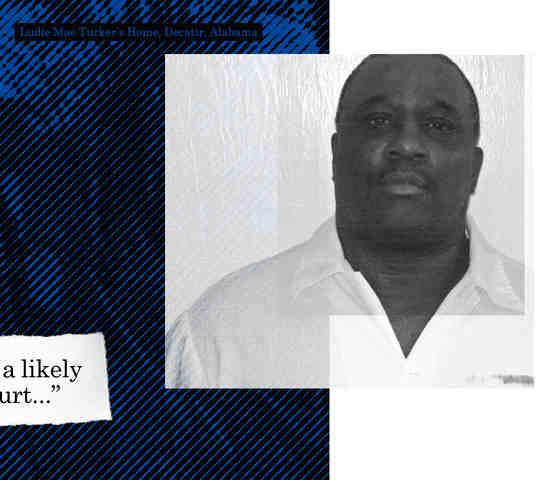