The pattern is now familiar.

An immigrant student in Long Island’s Suffolk County is disciplined for “gang related” activity, often for something trivial, like wearing a Chicago Bulls t-shirt. Weeks or months later, the student is spirited away by Immigration and Customs Enforcement, detained — sometimes thousands of miles from their family — and put at risk of deportation.

What remains unclear, however, is the exact role the Suffolk County Police Department is playing in this tragic saga, which impacts dozens of immigrant students in the county.

The NYCLU sued SCPD this week to get answers. The suit comes after the department failed to respond to our Freedom of Information Law requests sent in August that sought information on its role in the identification and detention by federal authorities of immigrant students accused of gang involvement.

Our request was sent after NYCLU received several reports from families that ICE was targeting their children for removal after school officials had, in coordination with Suffolk police, disciplined students for gang-involvement based on flimsy evidence and vague criteria.

Officials at high schools in Suffolk County have suspended students based on questionable evidence of gang-affiliation, such as wearing clothing that police think is gang-related. But here’s the catch: Neither the police nor the schools tell students what clothing is not allowed.

While SCPD has refused to turn over information to us, the department has been pretty open about its close coordination with ICE and the Department of Homeland Security. This is especially true when it comes to the department’s heavy-handed crackdown on alleged MS-13 gang members.

“There are times when we know someone is an MS-13 gang member, and we know someone is an active MS-13 gang member, but we’re not in a position to make a criminal arrest,” Timothy Sini, the then-Suffolk County police commissioner and now Suffolk County district attorney, told the New York Times in June. “So another tool in our toolbox is to work with the Department of Homeland Security to target active known MS-13 gang members for violation of civil immigration laws, which is another way to remove dangerous individuals from our streets.”

In other words, when SCPD doesn’t have enough evidence to show someone committed a crime, police work with Homeland Security to get them removed from the country anyway based on the department’s assertion that the person being deported is gang affiliated.

But, as we’ve seen firsthand, the department’s claims about who is a gang member often don’t hold up.

NYCLU sued the Office of Refugee Resettlement (ORR) in February for indefinitely detaining dozens of immigrant children who had been placed in restrictive detention facilities. The lead plaintiff in the class action suit was suspended after he flashed two middle fingers at another student, and school officials accused him of displaying a gang sign. A few months later, he was detained by ICE and incarcerated for over seven months until our lawsuit was filed, despite an immigration judge ruling that he posed no danger to the community or to other students.

In documents presented to the judge, ORR said that Suffolk police had identified him as a gang member, even claiming he had gang tattoos. But he has no tattoos whatsoever and had never had any contact with the police. No one should be subject to suspension on a whim, especially not when that suspension could lead to detention and deportation.

It is undeniable that Suffolk County has a serious gang problem. But the cruel irony is that SCPD’s ham-fisted crackdown and close coordination with ICE make it more difficult to address the issue. The help of the immigrant community is critical to solving the gang problem, but people will be scared to talk to the police if they fear that any contact with local authorities could put them, or the people they care about, in the clutches of ICE.

And beyond how counterproductive this policing strategy is, it also terrifies entire communities. Immigrant teens and families on Long Island tell us they are afraid to go to school or even step outside because they are constantly treated as suspicious. By keeping their criteria for classifying people as gang members secret, and by sharing information with immigration authorities, SCPD is creating a climate of fear for immigrant families.

This has to stop. SCPD needs to be more transparent and work more responsibly with the community. The people of Suffolk County deserve answers.

Are they students or are they criminals?

They are foreigners who do not have permission to be in our country.

Good, I use to live there, thank God I was able to leave. If the people who don't like the tactics of law enforcement and want to feel sorry for the gang members, too bad, illegal immigration has ruined Long Island. I bet you wouldn't want them living in your neighborhood.

I used to live in Wheaton, MD. The area was a bit rough back the - especially around the mall - but you never had to worry about tripping over decapitated heads.

American citizens and legal immigrants of Suffolk Country deserve answers on "why the hell their county is full of illegal aliens?" There is no such thing as non-criminal illegal alien because they entered this county illegally to begin with, breaking laws passed by US Congress. This makes them deportable by default. If ACLU believe that illegal aliens with no criminal background should not be deported then what is the difference between people who come here legally and who come here illegally. Biased media label all migrants "Immigrants". NO. Legal immigrants are "Immigrants" and the rest are "Illegal Aliens".

Well, you know...MS-13 is just a result of assimilation. Americans commit more crimes on average than illegals...and yhe reason second generation crime is higher than 1st because theyre just embracing that very american gang culture where you feel like youre in a war zone all the time

This is a beginning. Sini promised to get rid of gangs

Your group is a fraud.

3rd precient knows exactly what its doing . Clean up Brentwood

Well if they are illegal than too bad! 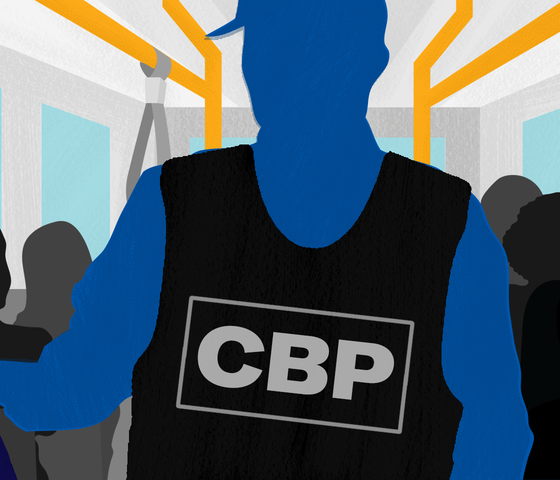