In an interview with the LA Times published early Monday morning, U.S. Customs and Border Protection Commissioner Kevin McAleenan set out to clarify CBP’s systematic practice of separating children from their parents at the border. Rather than provide real clarification, however, McAleenan’s comments continued the trend of Trump administration officials attempting to justify this unprecedented and horrific policy by spinning the truth and, worse, by making specious claims with little to no basis in fact.

When asked how CBP was handling family separations, McAleenan at first forcefully denied that an official policy regarding separating children from parents even exists: “We do not have a policy of administrative separation.” But, this is misleading. While the statement is technically true — the administration’s new “zero-tolerance” policy does not explicitly mention family separation — in practice, it is meaningless. Prosecuting every person who crosses the border somewhere other than a port of entry necessitates criminal detention. If a person has children with her, that necessitates taking the children away. As the AP has noted, “while separating families might not be official U.S. policy, it is a direct consequence of Sessions’ zero-tolerance approach.”

Tell Homeland Security to stop separating children from their families

As the interview went on, McAleenan’s statements only became more deceptive. When CBP separates families, McAleenan reasoned, it is “only if the adults are being prosecuted or if there’s a determination made by the agent there’s not actually a family relationship, which has happened several hundred times just in the sector this year.” A moment later, McAleenan clarified that figure: In the Rio Grande Valley sector this fiscal year alone, the commissioner claimed, there have been 600 cases of people “pretend[ing] to be families even if they’re not.” According to McAleenan, hundreds of smugglers a year are snatching children to bring with them as they cross into the U.S., all in the hopes that they will avoid detention if they pretend to be a family unit.

But if this is true, why have we not seen equally large-scale prosecutions and convictions for child smuggling and trafficking? In fact, when pressed, the government fails to provide any evidence of such convictions. While we haven’t come across evidence of any massive child smuggling schemes, what we do have ample evidence of is CBP’s relentless practice of tearing children from their actual parents without making any effort to determine the parental relationship.

There is our client, Ms. L, for example, who, despite following the government’s own instructions for seeking asylum — crossing at an official port of entry — had her 7-year-old daughter taken from her with no explanation. The two were not reunited until 4 months later, and only after the ACLU filed a lawsuit and a federal judge ordered a DNA test, which proved maternity. Then there is Mirian G., who also sought asylum at a port of entry, and yet still had her 18-month-old son taken from her for over two months. In that case, Border Patrol agents ordered Mirian to strap her baby into a car seat while refusing to answer her repeated questions about why they were being separated. When McAleenan cites hundreds of cases in which there was suspected smuggling, it undoubtedly includes stories like those of our clients.

According to McAleenan, this massive smuggling scheme — for which there is no evidence — can be traced back to what he refers to as “the catch-and-release loophole” created by the settlement of the 2015 class-action lawsuit, Flores. In truth, though, Flores is not a loophole, it is a consent decree designed to prevent the prolonged detention of children. It requires that children be released from custody without unnecessary delay; that if they are detained, that they are kept in the “least restrictive setting” possible; and that standards be set for the basic care of children in detention. It would be perverse to cite a prohibition on jailing immigrant children as the reason for this administration's systematic separation of families.

If the Trump administration’s real priority was to ensure the wellbeing of children, then it would not have ended the Family Case Management Program, which allowed families to be released together, but into a program that would ensure that they appeared for court proceedings. Again, this is not a loophole, but rather an alternative to family separation that prevented needless and expensive detention. Moreover, it was hugely effective: The initiative boasted a 99.6 percent appearance rate at immigration court hearings for those enrolled in the program.

Clearly, though, this administration’s priorities have never been so noble. The true purpose of family separation is clear: To treat families seeking refuge in the U.S. so poorly that fewer people will do so in the future. Try as they might, no amount of dishonesty and spin on the part of McAleenan and other administration officials could disguise that fact.

I was following orders won't get these abusive agents out of trouble. A large number of ICE agents and their supervisors will live out their lives in prison for kidnapping and abuse of children.

But it ok from these illegals to break the law coming in ILLEGALLY.

While Trump has systematically attacked nearly all American institutions, he has reached a pinnacle of evil when the USA has implemented the horrific policy of ripping children away from their parents and placing them in detention camps. Where is the soul of this country? ACLU, we've relied on you to fight for us in the past. But, now, we need you to fight even harder to stop this obscene practice.

That is the best you have? No comment on topic at hand, but have comment on grammar. Wow...you are a true self loathing democrat. Nothing to say on the issue, just degrade people when they say something you do not agree with. Have a good life, i hope you don't choke on all of your self gratification.

TELL PARENTS TO STOP BRINGING THEIR CHILDREN ILLEGALLY ACROSS THE BOARDER!!!!!

And what would you do if facing the choice between horrible violence against you and your children, or escaping to another country. What would you do?

They are taking these children from parents who are LEGALLY seeking asylum! 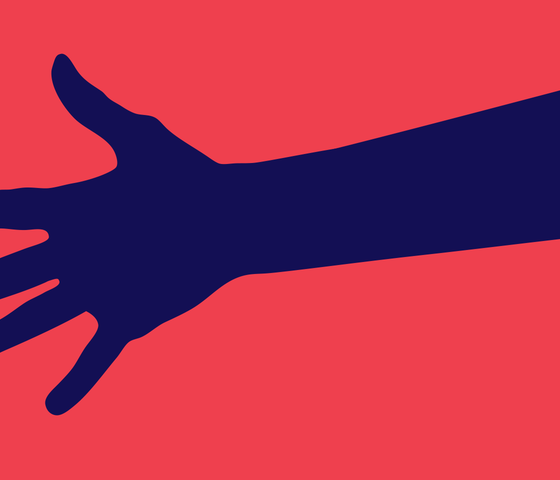