We Shouldn't Take the Bait on 'Catch and Release' 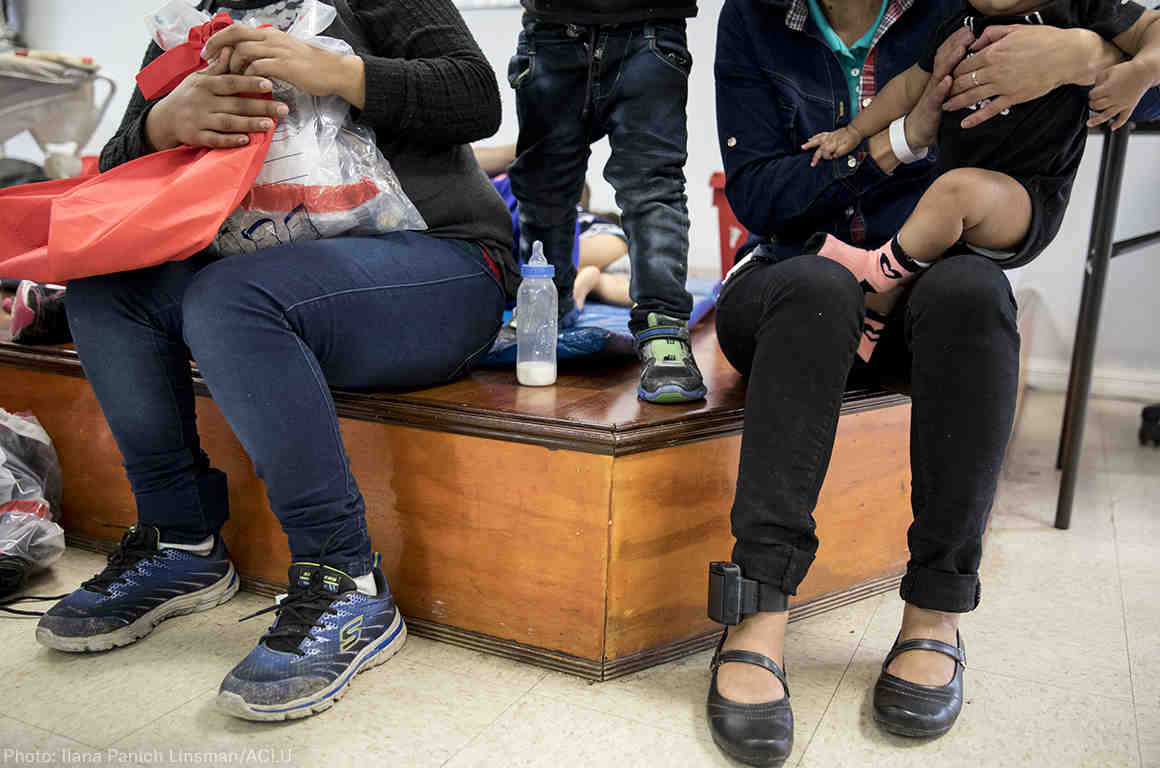 On April 6, 2018, President Trump issued an official memorandum with the following subject line: Ending “Catch and Release” at the Border of the United States and Directing Other Enhancements to Immigration Enforcement.

If the subject didn’t have the word immigration in the second clause, it might have seemed as if the president was talking about fish. “Catch and release” is a recreational sports fishing term referring to the conservation practice of catching a fish and returning it to the water.

But people are not fish, and using a phrase, even one with the valence of a humane practice, serves to dehumanize the human beings being led away in handcuffs. The phrase actually describes allowing people who are seeking asylum to wait for their hearing in the community, rather than in custody. They are not freed, but tethered, always by law, often by more: Sometimes the asylum-seeker must wear an ankle monitor. Sometimes she must pay a bond. Sometimes the tether is administrative: checking in regularly with immigration officials.

It’s a lot easier to just say “catch and release,” but it’s inaccurate because it obscures all of those important points.

The phrase has been used by the government in the immigration context since at least as far back as the George W. Bush administration, but it did not become part of the popular lexicon until Donald Trump ran for president. According to an analysis by the GDELT Project, a global database that monitors the world’s broadcast, print, and web outlets, the media’s use of the phrase began to increase toward the end of 2016, which is when then-candidate Trump was campaigning on his hardline immigration policies. It spiked dramatically once he was elected, hitting an all-time high in June when the administration implemented its “zero tolerance” policy to prosecute every person who crossed the border illegally.

Trump is a master with catch phrases: “Drain the swamp” (put an end to government corruption), “little rocket man” (North Korea’s leader, Kim Jung Un), “fake news” (any reporting he disagrees with). But the media did not use those phrases, unless they were quoting Trump.

“Catch and release,” by contrast, is readily used by most media organizations. It even has its own Wikipedia entry. It likely caught on because it conveys a lot of information succinctly, which is the useful thing about metaphors. But it does not convey the actual policy — the image it summons is of migrants being released with no tether, which is not the issue at all. And, of course, likening human beings to fish is inherently degrading.

On July 11, The New York Times published an article saying that after several readers expressed their concern with the newspaper’s use of the phrase, the Times would use it “only in reference to the administration’s use of the phrase.” The paper’s deputy editor, Kim Murphy, said that she hadn’t thought of the phrase as dehumanizing. “I personally would never have thought of it as a way of equating human beings to a fish. Yet of course by adopting a fishing metaphor, it does precisely that,” she said.

In their seminal book, “Metaphors We Live By,” University of California, Berkeley, cognitive linguist George Lakoff and University of Oregon philosophy professor Mark Johnson argued that metaphors invade our neural pathways and shape our thinking about an issue without our realizing it. Subsequent scientific and social research has shown this to be true.

“We know from neuroscience that most thought is unconscious, carried out by neural circuitry,” Lakoff wrote in a recent blogpost. “Much of that unconscious thought is metaphorical.”

The problem with dehumanizing metaphors, according to Caroline Tipler, a research social scientist at the American Bar Foundation who wrote her PhD dissertation on dehumanizing rhetoric in the immigration context, is that they seep into your brain and unconsciously frame the way you start to think about immigrants over time.

“When you hear an animal metaphor, you assimilate the information into that frame,” Tipler said in an interview. “Semantic labels are activated in the mind and that label activates another label downstream. If you use the term ‘rounding up’ you may not immediately think of cattle, but downstream, you may associate the rounding up of immigrants with animals. You don’t notice it, but the metaphors affect the way you process information further downstream."

In the case of immigration, the metaphor can influence how you think the issue should be addressed. As Tipler noted, previous administrations have used flood metaphors. Accordingly, when immigrants “flood” across the border, the solution becomes to build barriers or dams. But with animal metaphors, the solution points to detention, at the least.

“Animal metaphors clearly fit into how Trump has tried to frame the issue,” Tipler said. “When you have bestial metaphors, the solution focuses more on safety issues. Trump has framed immigration around law enforcement and crime, the need to lock them up.”

“Catch and release” likens immigrants to a fish. The point of catching a fish is either to kill it or for the thrill of the catch. Neither is appropriate for what the government is supposed to be doing with people seeking asylum, which is not to punish, imprison, or even deport them, but rather initiate immigration proceedings and take appropriate measures to make sure they up for the proceedings.

Trump is by no means the first leader to deploy dehumanizing metaphors to achieve his nefarious goals. The Nazis labeled Jews “rats,” “parasites,” and “vermin,” in their quest to exterminate them. Hutu extremists who carried out genocide against the Tutsi minority in Rwanda referred to their victims as “cockroaches.” Trump has warned that immigrants “infest” the U.S.

Popularization of a fishing metaphor is gentle by comparison. But as metaphors go, it’s precisely that subtlety that is so dangerous. The Trump administration is using the term to make the case for detention. The rest of us, and certainly the media, should not take the bait.