You may have heard how Trump is trying to bully local police departments into becoming part of his deportation force.

ACLU affiliates across the country are fighting back.

Right now, we’re sending letters to law enforcement and other local leaders in a dozen states across the country—in Alaska, Delaware, Florida, Hawaii, Idaho, Maine, Minnesota, Ohio, South Carolina, Rhode Island, Utah, and Virginia to explain how being part of Trump’s deportation force creates risks for them and their communities.

As we’ve explained in the past, Immigration and Customs Enforcement officials often ask local law enforcement agencies to keep people in jail for them so they can initiate deportation proceedings. Because ICE does not seek a judicial determination of probable cause, these requests put local police in the position of holding people in jail without the legal authority to do so, which violates their constitutional rights.

On Friday, ICE announced changes to how it asks local police to hold people in their custody. The “new” forms ICE released are largely more of the same, except that they make clear that the Trump administration has abandoned the Obama administration’s deportation priorities — or, in effect, any priorities at all. One change ICE has introduced is that it will issue administrative “warrants” alongside it detainer requests.

While this change was undertaken to try to address court decisions making clear that ICE has been in violation of federal law on a massive scale, the introduction of these “warrants” does nothing to address the constitutional flaws. ICE warrants are little more than a second piece of paper signed by an ICE agent — not, like familiar criminal warrants, signed by a judge. ICE is sending them to local police to give them a false sense of security and paper over the flaws in the detainer system, but they don’t offer local police any legal authority to hold someone.

We also urge local police not to join the notorious 287(g) program, which allows ICE to deputize local police officers as immigration agents. In the past, 287(g) has been used as a dangerous tool, enabling rogue departments or officers to racially profile their residents. Arizona Sheriff Joe Arpaio of Maricopa County, who was recently voted out of office for being anti-immigrant and is currently facing charges of criminal contempt, had a 287(g) program before the federal government pulled it, citing Arpaio’s discriminatory policing practices. Another sheriff with a 287(g) program in Alamance County, North Carolina, was prosecuted by the Department of Justice for targeting Latinos. The investigation found that an Alamance captain emailed a video game to his employees in which players shot at children and pregnant women crossing the border.

Several states are also trying to enact so-called “anti-sanctuary” legislation that would actually require that local police, in various ways, help the Trump administration try to deport every single immigrant it can. This is another bad move that could place communities in a bind where they have to do something that violates people’s rights. Newell Normand, the sheriff of Jefferson Parish, Louisiana, used one choice word to describe an “anti-sanctuary bill” introduced in his state last year.

Local leaders should know about the risks Trump’s deportation force poses to their residents and their rights. Most want to do what’s right. The ACLU is here to help communities enact good policy that protects all people. Drawing a clear line between immigration and policing advances constitutional rights, public safety, and solidarity.

Trump’s deportation force will harm community relations, costs lots of money, and distract from local priorities. You can join the fight, too, by urging your local elected officials to protect the rights of all residents. Check out our People Power map to see where many activists are fighting already.

Is there some way we could legally refuse to pay federal taxes if they are refusing to send them back to our municipalities?

The problem is that during the Jim Crow era, some states incorrectly interpreted the 10th Amendment, by excluding the previous amendments of the Bill of Rights - especially the 9th Amendment. These states essentially deemed themselves as independent fiefdoms, not bound by the U.S. Constitution.

Under Article VI, a federal, state or local official (or contractor) does NOT have the authority to violate the constitutional rights of any "persons" on their soil - including non-citizens. For example: recent case of American farmers raping undocumented female workers in Florida and elsewhere. The 14th Amendment protects all "persons" including non-citizens.

Wow! Soros owns you. If it is not Left then it is not right....Right? What a shame that the founders had such a truely virtuous and amazing viewpoint for not just ALL Americans but the world to follow. And now you sold out. I hope your mothers are proud of you all.

Please take your nonsensical comments elsewhere, they're not welcome here. And we're fighting for the constitutional rights of all American residents, so yes, our mothers are very proud of us.

Wow. If you haven't been following this you are unaware that these are the tactics used in Russia to disappear people the government does not want around. What do you think our Constitution requires? Yes. Judicial warrants for search and seizure. For everyone. Including those not legally here. Yes. They have a job to do. But they need to do it within the framework of our Constitution.

Sara all Americans are not affected, illegals are not americans.

All persons have unalienable rights under the constitution! http://thehill.com/blogs/pundits-blog/immigration/255281-yes-illegal-aliens-have-constitutional-rights

Seems you need to bone up on the Constitution.

No humans are "illegal." And it is highly likely that your family are descended from immigrants, as well, and hardly likely they came "legally," either, like most white people here. 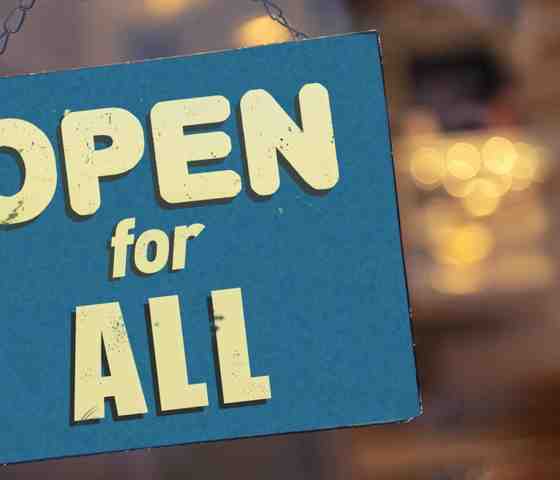