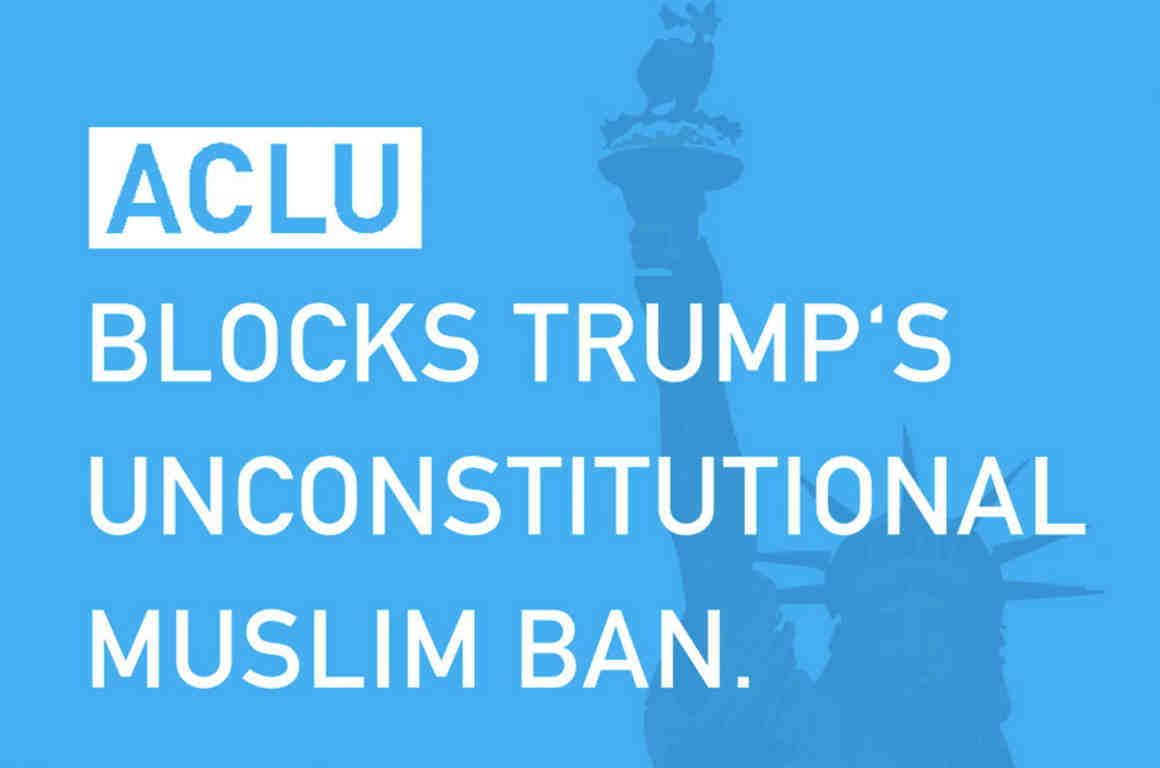 This is a remarkable day. When Donald Trump was elected president, we promised that if he tried to implement his unconstitutional and un-American policies that we would take him to court. We did that today. And we won.

Yesterday President Trump signed an executive order that suspended resettlement of Syrian refugees indefinitely, suspended all other refugee resettlement for 120 days, and banned the entry of nationals from Iraq, Syria, Iran, Sudan, Libya, Somalia, and Yemen for 90 days. All seven countries are predominately Muslim countries. We have no doubt that the motivation behind the executive order was discriminatory. This was a Muslim ban wrapped in a paper-thin national security rationale.

The executive order went into effect immediately and so did its destructive intent. At John F. Kennedy International Airport last night, Hameed Khalid Darweesh arrived and was immediately detained. Darweesh worked as interpreter for the Army’s 101st Airborne Division and, according to Brandon Friedman, a platoon leader in Iraq, saved countless U.S. service members’ lives. We don’t know how many other refugees and foreign nationals with green cards or visas might have been detained when they tried to make their way into the United States today, but we intend to find out. We are asking anyone with any information to get in touch with the ACLU.

The ACLU with other organizations immediately sprang into action and challenged Trump’s executive order in court as violating the Due Process and Equal Protection Clauses of the U.S. Constitution. We immediately got a hearing and argued our case. At around 9 p.m., Federal District Court Judge Ann M. Donnelly issued a stay, blocking President Trump’s discriminatory policy from taking effect and preventing refugees and immigrants from being deported. She did not rule on the constitutionality of the order, but for now, the men and women who would have been deported are safe. When I and staff attorney Lee Gelernt emerged from the courthouse, we were met with a sea of people cheering and chanting.

I cannot express how humbling and inspiring this moment is.

The United States is a nation governed by the rule of law and not the iron will of one man. President Trump now has learned that we are democratic republic where the powers of government are not dictatorial. They are limited. The courts are the bulwark of our democracy that protects individual rights and guards against the overreaching of an administration that confuses its will for the American public’s.

Tonight was one of the most incredible experiences of my life, one that demonstrates that the people united will never be divided. This is only the beginning. This is merely the first skirmish in a long battle to vigorously defend the Bill of Rights from the authoritarian designs of the Trump administration.

Savor this victory tonight, but prepare to fight on.