Five years ago, Dave Mullins and Charlie Craig walked into Masterpiece Cakeshop, a Lakewood, Colorado, bakery to purchase a cake for their wedding reception. But the bakery’s owner refused to serve them solely because they’re a same-sex couple.

Colorado courts found that the bakery discriminated against Dave and Charlie, violating a state law that says businesses open to the public can’t turn away customers based on sexual orientation. Now, the bakery is asking for a “constitutional exemption” —permission to violate the state law based on the owner’s objection to serving gay people.

Here are three things to know about the case, which will be heard by the Court on December 5.

Is the bakery’s argument new?

No. In the 1960s, Piggie Park barbecue restaurant argued that its owner’s religious beliefs meant it could refuse to serve Black customers. In the 1970s and 1980s, schools claimed that they should be allowed to pay women less than men based on the belief that men should be the head of the household. Time and again, courts have recognized that religious views, no matter how deeply felt, don’t entitle any of us to discriminate. The same is true today. 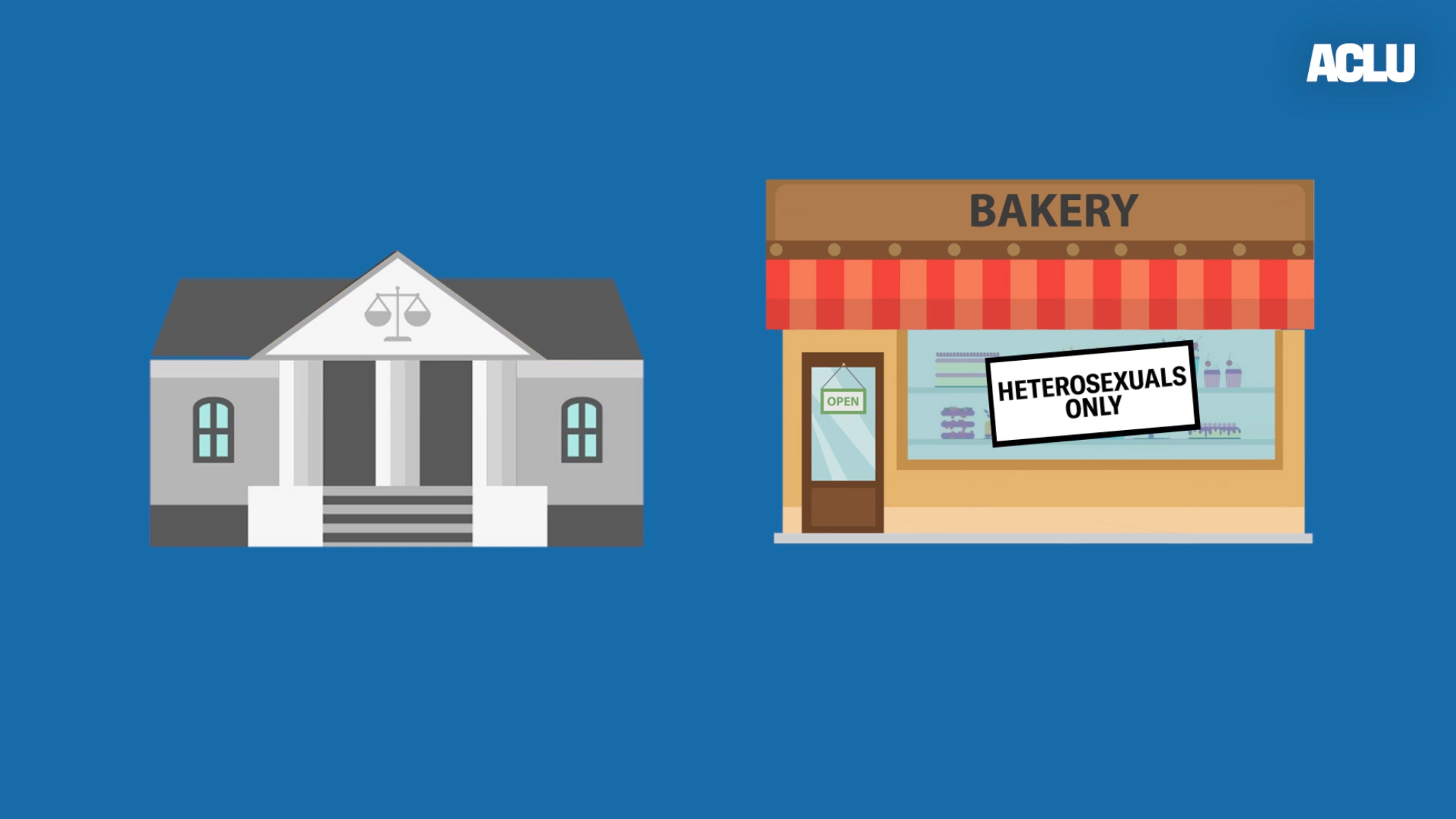 
Does this violate the bakery's First Amendment rights?

No. The Colorado anti-discrimination law doesn’t tell the bakery how to make its cakes. What it says is that if the bakery chooses to sell cakes, it can’t refuse to sell them to certain people based on their sexual orientation. The ACLU is proud to defend the First Amendment freedoms of speech and religion. But religious freedom doesn’t give anyone the right to discriminate. If it did, any business would be free to discriminate against almost any of us — members of minority faiths, women, racial minorities, LGBT people — solely based on the owner’s views.

What’s at stake in this case?

This fall the Supreme Court will decide whether businesses that open their doors to the public have a constitutional right to discriminate.

People have deeply held beliefs about all kinds of things. If those beliefs gave anyone the right to discriminate, a tailor shop could refuse to alter a business suit for women, or a bus company could refuse to drive people of different faiths to work. If the bakery has a constitutional right to discriminate, then today it’s Dave and Charlie, tomorrow it could be you, your family members, your friends and your loved ones. Any of us could be turned away simply because of who we are.

Facebook's Discrimination Against the LGBT Community