Larry Ysunza met his partner Tim Love in 1980 and told his mother that very day that he had met the man he was going to marry. Thirty-five years later, Larry and Tim are among the plaintiffs in the marriage cases that the Supreme Court will hear today. They will be in the courtroom eagerly listening for clues from the justices about whether their long engagement will finally end in marriage vows.

“I never thought this would happen, and certainly not so fast!” That’s Larry expressing his surprise at how fast the country is moving towards the freedom to marry for same-sex couples.

I hear the same sentiment — that marriage equality nationwide was once unimaginable — from so many people. And I feel it myself, every day. When I was a closeted junior high school kid on rural Long Island in the late 1970s, marriage just wasn’t a possibility. I couldn’t imagine coming out to anyone, much less a future in which I could live openly and with dignity. How surprised I would have been back then to know that there would be a man in my future that I could marry, with my family in attendance.

Even putting aside how the marriage cases come out (and we can never count on a win, although I’m hopeful), there has been a striking transformation of the country’s attitude towards our marriages. That trend has snowballed since 2013, when the Supreme Court struck down the core of the Defense of Marriage Act in the ACLU’s United States v. Windsor case.

In short, America is recognizing the common humanity of gay people.

We've gone from 13 marriage states at the end of June, 2013, to 37 today. Twenty of those new marriage states came just in the last year. On the cultural side, polls show 61 percent support for marriage equality nationwide, America’s biggest businesses are supporting us before the Supreme Court, and even Republican presidential primary candidates are wrestling with whether to attend our weddings or embrace their LGBT children.

That’s progress at a rate that genuinely makes my head spin. And it’s becoming hard to remember how difficult the struggle was just a few years ago. America today is in a very different place from 2004, when voters in 13 states amended their state constitutions to exclude us from marriage; from the summer of 2006, when we lost marriage cases in New York, Washington, and Nebraska; from 2008, when we lost Prop 8 at the polls, which took marriage away from us in California; and even from early 2011, when the U.S. Department of Justice was still defending the constitutionality of DOMA.

I know I felt different about our prospects for success back then. I was confident in our legal arguments but also thought that the cultural change was happening slowly. I didn't see the acceleration coming. The tsunami of new marriage cases filed all across the country in the wake of Windsor took me by surprise, as did the even more astounding pile of lower court decisions ruling our way again and again. Something profound has changed about how the country sees gay people.

That change comes from the cultural power of marriage. A central part of homophobia is the assumption that gay people don't have relationships the same way that straight people do. That our relationships are all about sex rather than about love, that we're interested in kids as pedophiles rather than as parents, and that any relationships we do have are short, furtive, and shameful. 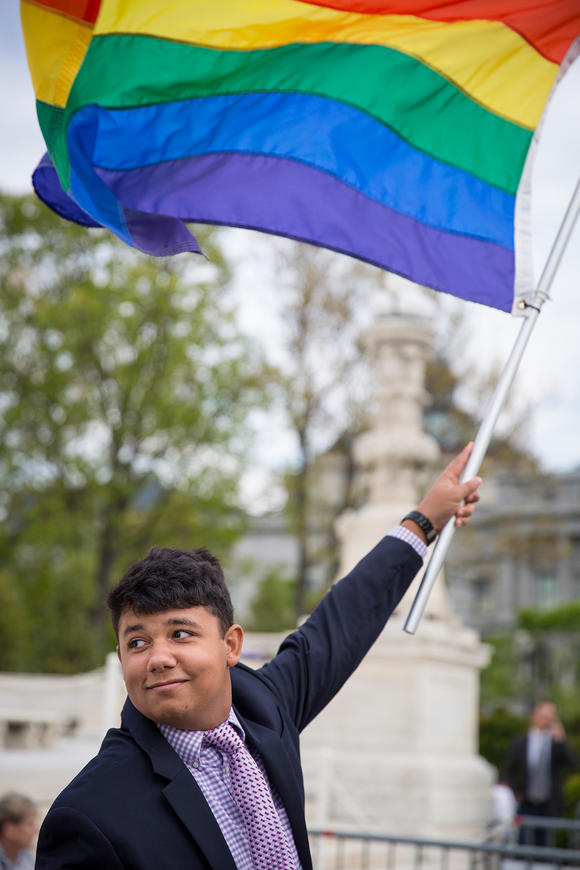 Marriage in America means the opposite of those anti-gay stereotypes. Marriage is about love, about having kids, about a very public celebration of two people's commitment to each other.

A primary driver of the cultural change around gay people is the country’s growing realization that we're not so different from straight folks. Relationships play the same role in our lives as in theirs. And many of us are living the commitment at the core of marriage and are harmed when the law treats us as legal strangers. In short, America is recognizing the common humanity of gay people.

And today before the Supreme Court, we will be making the same argument: That the common humanity of gay people is the core reason that excluding us from marriage violates the Constitution. We are similarly situated to heterosexuals with regard to the purposes of marriage, and the Constitution’s guarantees of liberty and equality apply to us as well. Once the country and the courts appreciate our core similarity, the legal arguments in these cases just aren't very difficult. The inequality becomes quite stark and unjustifiable.

It's taken many years to get to this point, both in the courts and in the culture. Though we've gotten here more quickly than I expected, we have also waited a long time to stand with equal dignity in America. We have lost friends and partners, had children and grandchildren, loved and lost all without the legal protections that so many count on. It’s about time — for Tim and Larry, for my junior high school self, and for millions of other lesbian, gay, and bisexual people all across the country that we be recognized in our full humanity.

I’m optimistic that our wait is about to be over, but regardless of how the court rules, this is a wonderful time and place to be.

You sick perverts. The only reason you have freedom to practice your sick sodomy is because of liberal activist judges. We real patriotics Americans will never accept this travesty. God will judge America. Go ahead and scoff and laugh.

You are either a sick troll or some lost teenager skipping school. Go away

Will the ACLU defend a church if a gay couple tries to legally force it to perform a gay wedding? Or does the First Amendment trump the implied right of the gay couple to be married where they want and by whom they want

Stupid, a church cannot be forced to marry anyone.

The Catholic church will not even marry divorced Catholics, and no one can force them to do it. Gay marriages will be a no no also. Frankly I don't know why gay's would want that anyway.