We live in freedom by necessity. We must reshape our world. We must love one another, or die.

--Vijay Prashad, The World We Want is the World We Need, Riverside Church

Today I remember Larry King who was killed six years ago. On February 12, 2008, in Oxnard, California, 14-year old Brandon McInerney brought a gun to E.O. Green Junior High School, stood up in the middle of class and shot 15 year-old Larry King twice in the back of the head. A few days later Larry was taken off of life support.

Like so many other LGBT youth of color, Larry* spent his life navigating violent and unsupportive foster care and educational institutions. At the time of his death, Larry was homeless and living in an emergency shelter at Casa Pacifica. There, for the first time he found support and, according to his friends, became more confident. For the last two weeks of his life, Larry came to school wearing make-up, high-heeled boots and jewelry. A few days before Brandon shot Larry, Larry had asked Brandon to be his valentine. Brandon, who is white and grew up surrounded by family violence, was so uncomfortable with Larry's gesture that he killed him. But if we focus on Brandon, we lose sight of the multitude of systems and institutions that led to Larry's death. 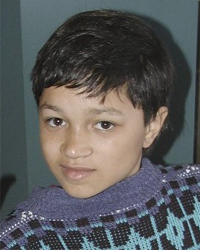 In Valentine Road, director Marta Cunningham, tells the story of Larry's death and Brandon's trial in this more complex picture of systemic violence. Perhaps most striking in her depiction are the remarks of Larry's former teachers and the jurors in Brandon's trial, which resulted in a mistrial. In one particularly chilling scene, three jurors reflect on the case and their concern for Brandon. "Where are the civil rights of the one being taunted by another person that is cross-dressing?" one juror said. Echoing this sentiment, one of Larry's teachers, Shirley Brown, expresses sympathy for Brandon in the film and says if put in a similar position she would also take violent action towards Larry. "I don't know if I would have taken a gun, but a good swift kick in the butt might work really well," Brown said while reflecting on King's death. So many people with power in Larry's life, on some level, facilitated his tragic murder. Their actions and the larger context in which Larry lived and died might be best understood through the lens of Ruthie Gilmore's definition of racism: "the state-sanctioned and/or legal production and exploitation of group-differentiated vulnerabilities to premature death, in distinct yet densely interconnected political geographies." If we understand racism, homophobia and transphobia beyond the Brandon McInernays, George Zimmermans, and Michael Dunns, we have a better chance of reforming and transforming the systems that caused the deaths of Larry King, Trayvon Martin, and Jordan Davis.

As a gender non-conforming person of color, Larry was especially vulnerable, as Gilmore explains, to premature death. Last month, the Williams Institute issued a report finding that 41 percent of transgender respondents of the National Transgender Discrimination Survey had attempted suicide at some point in their lives as compared with 4.6 percent of the overall population. Meanwhile, transgender women of color are 49 times more likely than their white cisgender counterparts to be living with HIV. At school, transgender and gender non-conforming youth report critical levels of violence. In a 2011 national survey of almost 2000 transgender and gender non-conforming people, 76 percent reported verbal abuse, 35 percent reported physical abuse, and 11 percent reported sexual abuse in school. So while Brandon pulled the trigger and killed Larry, this larger set of conditions made it so much harder for Larry to survive.

Six years after Larry's death, there is still so much work to be done. And some of that work is as simple as loving one another. As Laverne Cox poignantly reminded us at Creating Change a few weeks ago, in our world with so much targeted violence against transgender and gender non-conforming people, particularly transgender women of color, loving transgender people is a revolutionary act.

We remember you, Larry. You were so loveable.

*At the time of his death, Larry used male pronouns so I use male pronouns when referring to him. But I also want to acknowledge that we can’t know what gender pronouns Larry would prefer if he were alive today.