Things that Are ALWAYS Illegal: Sexual Assault Behind Bars 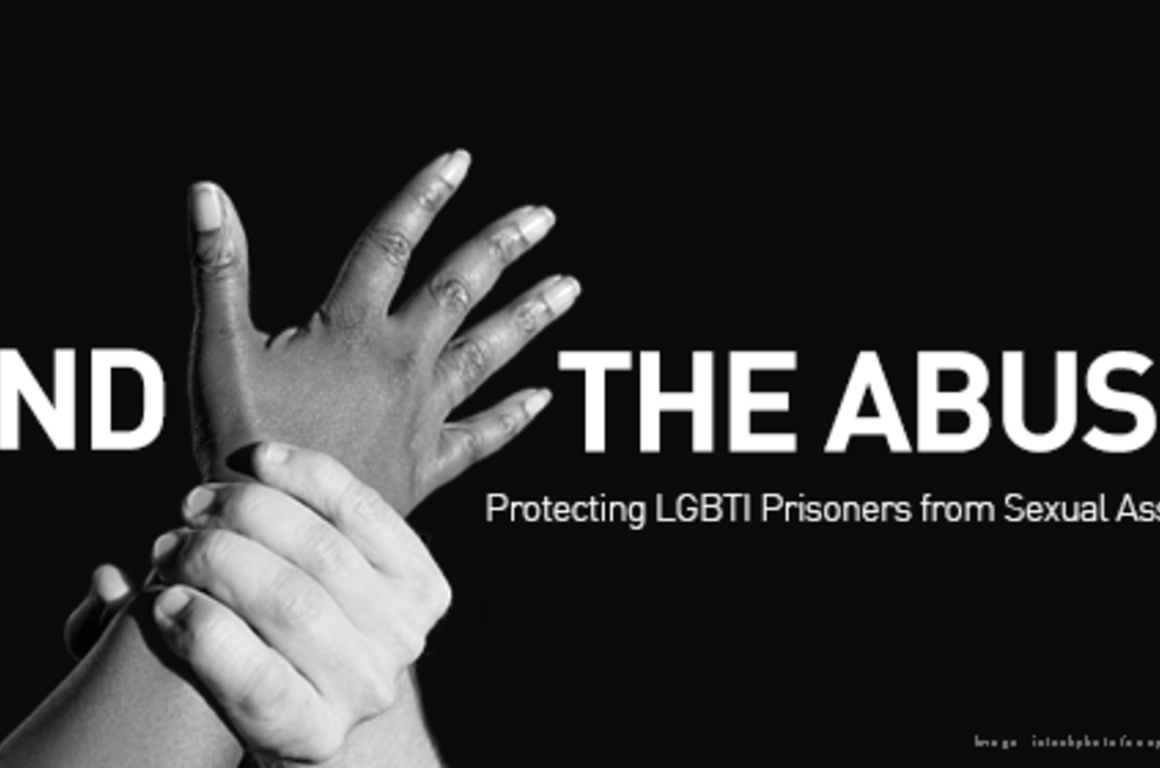 Imagine you are taken from your community and family and sent to an institutional environment where everything is separated by sex. Once you get there the officers in charge of your every moment tell you that you are not the sex you have always known yourself to be but instead are the opposite sex and will be considered that sex for all purposes. Then, you are stripped of all your clothes so that officers can observe your genitals. This is a common form of sexual assault that transgender and gender non-conforming individuals in prison and jail are regularly subjected to. Why? So guards can decide which jail or prison cell to assign them to.

For others, sexual assault means being locked in "protective" custody – better known as solitary confinement. Somewhere along the way, corrections officials determined that isolating LGBTI prisoners would keep them safer. Here's the truth: people in solitary confinement are especially vulnerable to sexual abuse from prison staff. And spending 23 hours a day alone in a cell the size of a parking space does its own considerable damage, whittling away at someone's mental health or making pre-existing conditions even worse.

None of this is okay. A prison sentence should never include sexual assault of any kind. And yet, for Lesbian, Gay, Bisexual, Transgender and Intersex (LGBTI) individuals in custody, reports of assault, harassment, and prolonged isolation are staggering.

This is illegal. And we can stop it.

You've probably heard about the Prison Rape Elimination Act (or PREA). That's right, the goal is to fully eliminate sexual assault behind bars. We have a long way to go.

State prisons and local jails are required to fully comply with PREA, but many are lagging. Some are behind because of confusion about the law, and some are behind because changing the way they've always operated is not something they are prepared to do. The best way we can urge these facilities to meet their legal obligations to protect LGBTI prisoners from abuse is by getting information inside prison walls so that our incarcerated LGBTI community members know their rights and have the tools to fight for them. And those of us on the outside need to let these facilities know we're watching and put public pressure on them to comply with the law. The time to act is now.

Today, we launched a powerful new tool that can help. End the Abuse: Protecting LGBTI Prisoners from Abuse is a four-part toolkit that helps advocates devise a strategy to pressure jails and prisons to meet their obligations under PREA. It also identifies common violations of the PREA regulations and what you can do to remedy them. And for people currently behind bars, the toolkit includes a Know Your Rights Guide.

Help us fight the endemic violence in our prisons and jails. The PREA regulations have set important limits but we must act to hold these systems accountable. Share this toolkit.

A prison sentence should never include sexual assault. Click here for the ACLU's four-part toolkit on how to use the Prison Rape Elimination Act to protect LGBTI prisoners from abuse.

How the Impact of Bostock v. Clayton County on LGBTQ Rights Continues to Expand