Dashir Moore, a transgender man from Georgia, wanted a fresh start in life. So at the age of 31, he packed up and moved to Colorado, a state that offered both a great lifestyle and trans healthcare. He hoped he could finally be himself.

Things went well at first. Almost immediately after Dashir arrived in Colorado, he was able to update the gender marker on his driver’s license. He got a job as a customer service rep.

Then he scheduled chest surgery. No stranger to our byzantine insurance system, Dashir called his benefits line to check if the procedure was covered and was told it would be. He also confirmed that he didn’t need prior authorization before the surgery.

But shortly after the surgery, he found out his insurance would not pay for the procedure, and he soon found himself saddled with medical debt and out of a job. 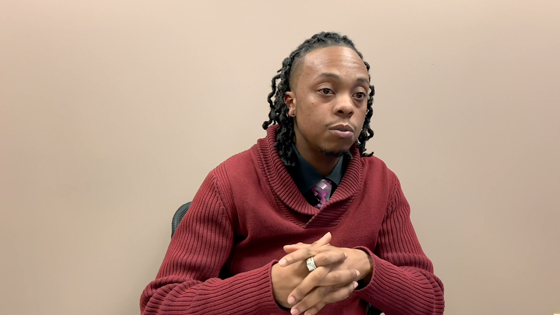 Two days after the surgery, his care coordinator called and told him that his insurance company had refused to pay after all. Dashir learned that his employer had selected a health insurance plan that excludes medical expenses incurred for “Gender Transition: Treatment, drugs, medicine, services, and supplies for, or leading to, gender transition surgery.” Dashir began to receive bills from the hospital, which eventually totaled almost $30,000. His anxiety skyrocketed, and Dashir couldn’t continue to work at his job.

Insurance carve-outs for transition-related care are illegal. But as Dashir learned the hard way, that hasn’t stopped some from continuing to deny transgender people the care they need. Here’s the truth about transition-related healthcare.

If not addressed, gender dysphoria places patients at great risk for depression, anxiety, self-injury, and suicide.  In other words, failure to treat gender dysphoria can mean the difference between life and death.

Insurers can limit coverage to care that is medically necessary, but they can’t deny medically necessary care based on who a patient is. For example, the surgery Dashir needed — a mastectomy — is routinely covered by insurance companies to treat patients with cancer or a genetic predisposition to cancer, such as the BRCA genes. But Dashir was denied coverage for the same procedure because he is transgender and needed it to treat his gender dysphoria. That’s discrimination.

Opponents of transgender equality, including President Trump, have used cost to justify denying transgender people medically necessary care, but their objections don’t stand up to scrutiny. An expert hired to defend the state of Wisconsin’s exclusion for transition-related care recently estimated the cost of coverage would be between four and 10 cents per insured per month. That represents less than 0.1 percent of overall medical costs.

It’s hard to imagine Wisconsin claiming it was justified in denying medical coverage for treatment for other conditions, like depression or diabetes, to save pennies per month, yet that’s exactly what it did in denying coverage for transition-related care. That sends a deeply disturbing message about the value placed on transgender people’s lives.

Dashir may be down, but he’s not out. Together with the ACLU, he filed a charge of discrimination against his former employer to end the discriminatory denial of healthcare. We’re standing with Dashir and transgender people across the country so that all of us have the freedom to be who we are.