ACLU Challenges Laptop Searches and Seizures at the Border 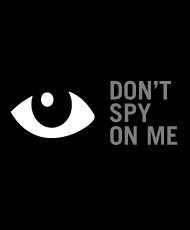 Today, the ACLU, the New York Civil Liberties Union (NYCLU), and the National Association of Criminal Defense Lawyers (NACDL) filed a lawsuit challenging the government's claimed authority to search, detain, and copy electronic devices — including laptops, cell phones, cameras, etc. — at the country's international borders without any suspicion of wrongdoing.

The plaintiffs are Pascal Abidor, a 26 year-old U.S.-French dual citizen and a Ph.D. student at McGill University in Montreal who was taken off an Amtrak train in upstate New York and whose laptop was detained and searched (including through personal materials like family photos and chat logs with his girlfriend) for 11 days; NACDL, an organization of approximately 10,000 attorneys with members who often travel overseas for work with documents protected by the attorney-client privilege; and the National Press Photographers' Association (NPPA), an organization of about 7,000 photojournalists.

Like NACDL, NPPA has members who travel frequently for their jobs with sensitive material — in their case, raw footage and imagery that are essential for newsgathering. In 2007, one of NPPA's members, Duane Kerzic, was stopped at the U.S.-Canada border where a border agent perused the contents of his laptop for about 15 minutes without any reason at all.

The government has claimed the authority to undertake these suspicionless searches and seizures of electronic devices under a policy issued in August 2009 by the Secretary of Department of Homeland Security, Janet Napolitano. This policy is a rewording of the same policy that came into effect during the Bush administration. Between October 1, 2008, and June 2, 2010, over 6,500 people were subjected to this policy — nearly 3,000 of them U.S. citizens.

We are not saying that the government can never search or seize electronic devices at the border, but only that border agents should have some suspicion that the search will turn up evidence of wrongdoing before looking through all the private information that people have stored in their devices. Americans travel internationally more than in the past, and usually with private information and intimate details of our lives condensed in small, electronic devices. We hope that the court will recognize that Americans don't give up their right to privacy at the border, and strike down the DHS's policy as unconstitutional.