In February 2017, two U.S. CBP officers stood on a jet bridge at New York’s JFK Airport to meet Delta Flight 1583 as it taxied to the gate upon arrival from San Francisco. As passengers prepared to deplane, they were told by flight attendants — at the direction of the two officers — that all passengers would have to show identification documents to the officers in order to exit. The passengers were held on the plane as the CBP officers, standing immediately outside the aircraft door, scrutinized each traveler's identification upon exit.

Passengers were confused, nervous, and afraid, and felt they had no choice but to comply. When some passengers asked why they were being held and forced to show identification, the officers provided no justification or explanation. In response to press inquiries, CBP characterized the officers’ actions as “routine” and consistent with agency policy. 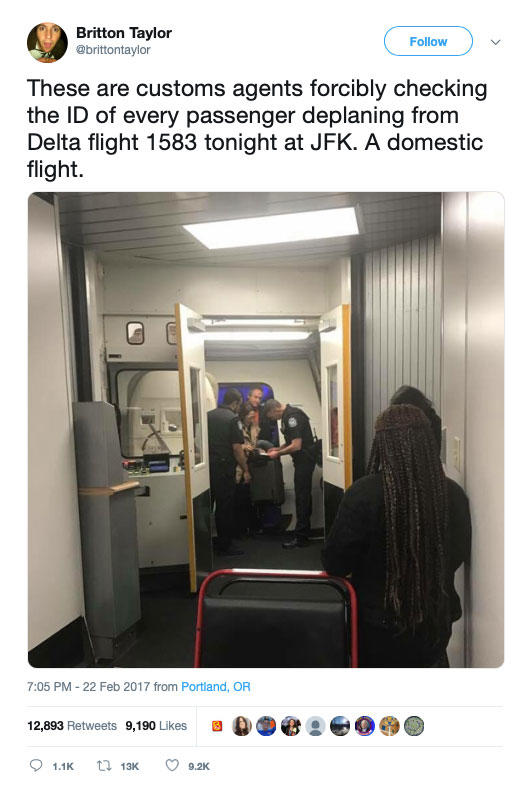 The incident generated significant public outcry — and for good reason. The government does not have the authority to detain us on a plane, even briefly, or to require us to show identification documents without reasonable suspicion of wrongdoing. We do not live in a police state, and what CBP did that day was unconstitutional.

Today we’re announcing a settlement agreement to prevent what happened on Flight 1583 from happening again. 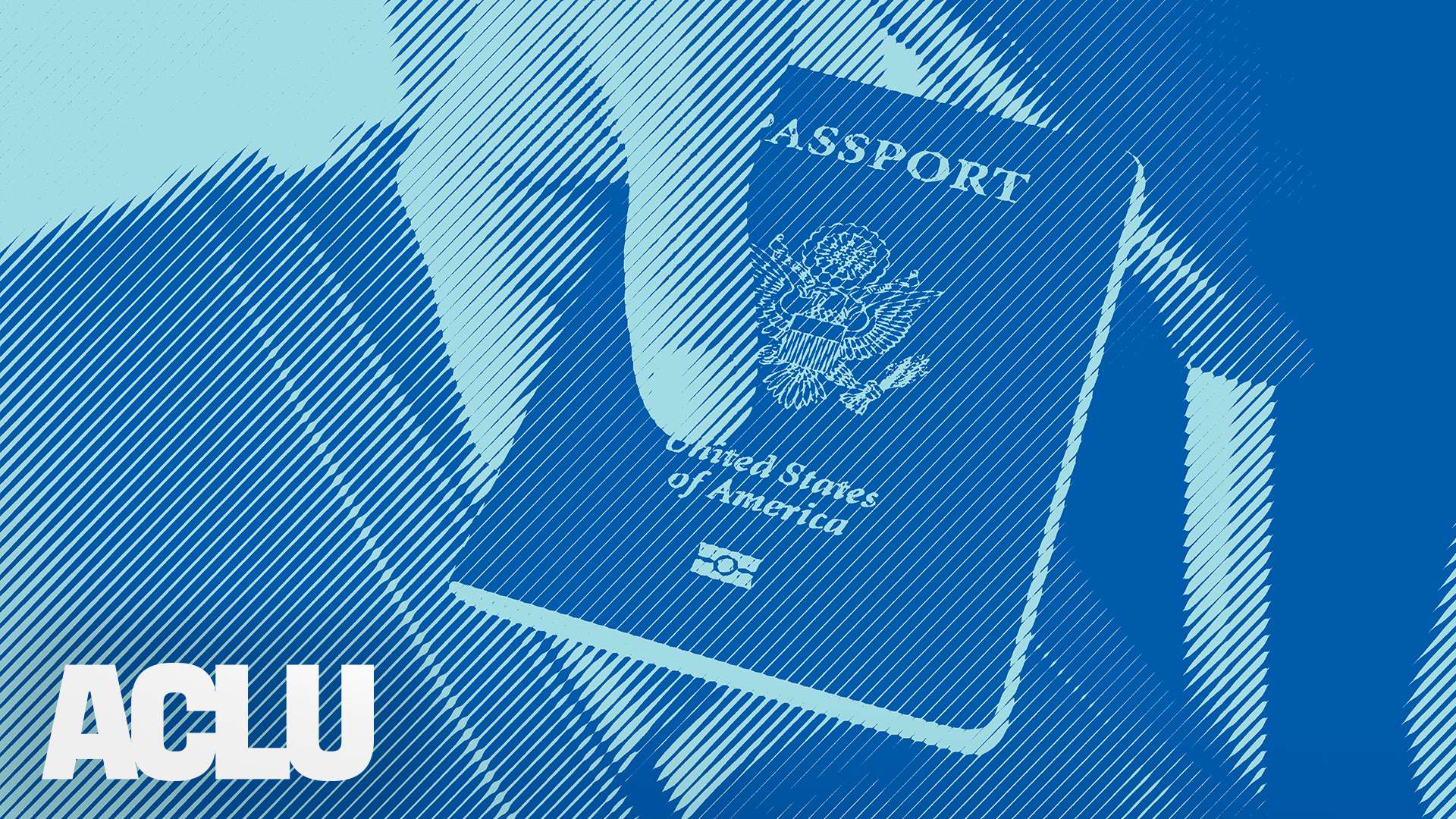 The agreement comes in a lawsuit we filed with Covington & Burling LLP on behalf of nine passengers on Flight 1583. Our clients — who were outraged by the officers’ actions and concerned that something like this would happen again — challenged CBP’s suspicionless detention and identification checks as a violation of their Fourth Amendment right to be free from unreasonable searches and seizures. The government moved to dismiss the case, arguing that the document checks were voluntary and likely wouldn’t recur. The court denied the motion and allowed the case to proceed. After taking the depositions of government officials and learning more about what happened with Flight 1583, the parties came to an agreement on terms to settle the case.

As part of the agreement, CBP will circulate a policy directive nationwide clarifying that the agency does not have a policy or practice of checking the identification of deplaning domestic passengers. If CBP officers seek to check identification, the directive outlines clear protocols restricting those checks. Officers must now:

This settlement is a win for the Fourth Amendment rights of all travelers on domestic flights. It makes clear what should have been obvious to the CBP officers: the Constitution protects passengers deplaning domestic flights just as it protects people on the street or in a car. CBP is bound by those protections, and this settlement helps make sure the agency stays within those bounds.

Although CBP has the authority to stop people arriving from abroad to determine that they are admissible to the United States, that authority does not extend to people arriving on domestic flights. If officers want to check those passengers’ identification documents, they can only do so with the passengers’ consent. And if a passenger does not consent, the officers cannot detain that person, even for a brief period, without reasonable suspicion of a violation of the law.

The settlement agreement also addresses the problems that can arise when officers seek passengers’ “cooperation” in producing identification. Many of the Delta flight passengers were unaware that CBP — or any other police agency — cannot legally compel such checks or detain anyone who declines to “cooperate.” Passengers were understandably intimidated when confronted with uniformed officers demanding identification. For these reasons, the settlement agreement includes the critical requirement that officers make clear through their words and actions that participation is voluntary.

What CBP did to the passengers of Delta Flight 1583 in February 2017 came on the heels of then-White House press secretary Sean Spicer declaring the president wanted to “take the shackles off” of CBP and other immigration police agencies. This settlement is a forceful reminder that, despite the administration’s claims, CBP’s authority is limited — by statute and by the Constitution. We’ll continue to make sure CBP stays within those limits, that the United States remains a nation of laws, and that people have rights that they can — and should — assert when necessary.