Innocent, peaceful American Muslims are being targeted by the FBI, with the bureau engaging in racial-mapping programs and informants infiltrating and spying on neighborhood mosques. Now we know that at least some of these activities might be the result of FBI counterterrorism trainings that describe Muslims as terrorist sympathizers.

"Biased police training can only result in biased policing. Seeing the materials FBI agents are being trained with certainly helps explain why we’ve seen so many inappropriate FBI surveillance operations broadly targeting the Muslim-American community, from infiltrating mosques with agents provocateur to racial and ethnic mapping programs. Teaching FBI agents to mistrust their fellow Americans because of their religious beliefs promotes discrimination within the very agency that’s charged with protecting their civil rights. Racial, ethnic and religious prejudice have no place in law enforcement."

Rachel Maddow hosted Ackerman last night to report on his scoop, and in a segment that followed, NBC's chief foreign correspondent Richard Engle called it "a sad day if that's what is being used by the FBI for counterterrorism training." 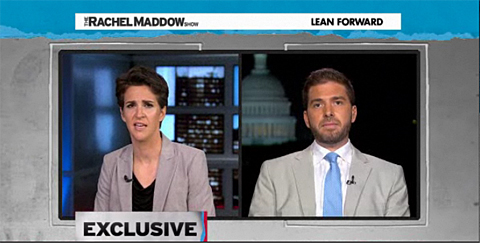 The ACLU has been working for years to end the targeting of innocent Muslim-Americans by law enforcement and, given these new revelations, it looks as though there is still plenty of work to be done.