This piece was originally published by The Guardian.

In 1939, the German ocean liner St. Louis and its 937 passengers, almost all Jewish refugees, were turned away from the port of Miami and sent back to Europe. Of those passengers, 254 were murdered in the Holocaust. The U.S. government turned away those refugees, so heartbreakingly close to safety—and also restricted Jewish immigration and instituted new vetting procedures—because of rampant overblown fears that the Nazis might smuggle spies and saboteurs in among the Jewish refugees.

Yesterday, on Holocaust Remembrance Day, The White House put out a statement that failed to mention the 6 million Jews who were exterminated by the Nazis. Hours later, President Trump signed an executive order suspending all refugee resettlement for 120 days and indefinitely suspending the resettlement of refugees from Syria. In addition to banning Syrian refugees, the president ordered a ban all entries of the nationals of seven majority-Muslim countries: Iraq, Syria, Iran, Sudan, Libya, Somalia, and Yemen, for 90 days, and provided that the ban might be extended and that additional countries might be added to that list.

Trump’s executive order is a major step toward carrying out his campaign threat to ban the admission of Muslims into the United States. Tellingly, today’s order authorizes the U.S. Secretary of Homeland Security to admit refugees on a “case-by-case” basis, notwithstanding the 120-day suspension, for people of a minority religion in their home countries.  Trump announced during his press conference that his order will help Christians to enter the United States.

In effect, Trump has barred Muslims from entering the United States, while favoring the entry of Christians.

One of the tenets upon which our country was founded is that religion is our own business and not the government’s. We have freedom of belief. We do not have religious litmus tests for participation in society. Trump’s order is anathema to those founding principles.  It violates the First Amendment’s Establishment Clause, which prohibits the government from preferring or disfavoring any religion. Trump’s anti-Muslim policy also violates the Equal Protection Clause, the part of the Fourteenth Amendment that guarantees that everyone is entitled to equal protection under the law.

Trump’s orders are immoral as well as unconstitutional. He is barring the entry of modern-day counterparts of the passengers of the St. Louis — children injured in Syria’s terrible and brutal civil war, who are at imminent risk of being killed. And Trump’s order is a slap in the face to the millions of Americans who uphold our best traditions of welcoming the stranger seeking refuge.

Trump’s policy is also foolish. Former senior U.S. military commanders, diplomats, and homeland security officials, both Democrats and Republicans, have publicly stated that a block on refugees from Syria and other Muslim countries is contrary to U.S. security interests because it feeds the ISIS narrative that there is a war between Islam and the West and that Muslims are not welcome in the United States.

Moreover, as demonstrated in ACLU litigation last year, only the most vulnerable Syrian refugees are resettled in the United States and that only occurs after vigorous security screening by the National Counterterrorism Center, the FBI, the Defense Department, the State Department, and US Customs and Border Protection.

Among those who may barred from entering the United States is Hameed Khalid Darweesh, an Iraqi man who worked as an interpreter for the U.S. Army’s 101st Airborne Division. According to Brandon Friedman, a former Obama administration official who commanded a platoon during the invasion of Iraq, the Iraqi “spent years keeping U.S. soldiers alive in combat in Iraq.” He arrived at New York’s JFK airport on Friday evening and was detained.

The ACLU along with the International Refugee Assistance Project, the National Immigration Law center and Yale Law School’s Jerome N. Frank Legal Services Organization, as well as the firm Kilpatrick Townsend & Stockton, filed suit early this morning. We are a diverse society, built largely on the sweat and ingenuity of immigrants and refugees.

American Muslims, immigrants and U.S.-born alike, are part of the fabric of this nation and part of what makes America great.  As U.S. businesses, investors, and universities have pointed out, American Muslims are our neighbors, friends, and colleagues. They are us. Trump’s ban separates American families and deprives our country of the contributions that these newcomers, and their children and grandchildren, will make as Americans.

Nearly 80 years ago, U.S. government officials, backed by the deliberately stoked fears of refugees, turned refugees away at our shores and sent men, women, and children back to their deaths. Today, Americans look back in shame at that moral, political, and legal failure—even as our president repeats the mistakes of the past. We are better than today’s executive order, and we must rise up and insist that America live up to our best ideals and not our worst fears.

I am an attorney in DC. I would like to contribute time time to this project. Who do I need to talk to/email to set this up?

Please IMPEACH, unconstitutional...put his hand on the bible to uphold the constitution.

Go to the airport and help defend our citizens. Thank you!

Call your local ACLU office and let them know you want to do pro bono immigration/civil rights work. There's also Legal Aid who are also inundated right now. A lot of greencard holders fear they will be deported next.

I wrote letters on behalf of these two individuals to Chuck Schumer, Kirsten Gillibrand, Dan Donovan, and Trump himself. The language was:

I tried calling your offices but was unable to reach anyone this morning. I write this letter as an attorney admitted in New York, your constituent (living in Brooklyn for the past ten years), and a citizen of the United States. I have just read of the legal battle unfolding in the Eastern District of New York regarding Hameed Khalid Darweesh and Haider Sameer Abdulkhaleq Alshawi. These two men are refugees who have been lawfully admitted to the United States and were en route to John F. Kennedy airport yesterday . They were unlawfully detained by Customs and Border Protection agents at the airport under the so-called authority of Mr. Trump’s executive order baring entry to the United States by refugees. Their attorneys have had trouble even speaking with them; those who are detaining them are refusing access and hiding behind an illusory wall built by Trump cloaking them with a perverse sense of power. The story of these two men is heartbreaking to say the least – it is hard to read their stories with a dry eye. Their service to the United States’ in the Middle East was at their own peril and the peril of their families and now due to the unwise, unlawful, and unprecedented actions of Mr. Trump, their sacrifice for us is about to be repaid with a door slammed in their faces and a message that we care nothing for them. These men’s very lives are at risk if you allow them to be denied entry into the United States. This is not politics – this is a despicable display of inhumanity, anger, and narcissism. Simply put, these actions are un-American.
I ask that you do everything in your power as a public official and a citizen of the United States to assist these men in obtaining their physical entry into America to be reunited with their families. The eyes of the world are watching us. Please act accordingly.

Because this violates the constitution can you not sue him for this? How do we get this rescinded?

Go Trump!!! The man is trying to keep the country safe, & you morons are against it, you're the ones who need to be stopped!!!

Exactly! Go, Trump! And take that bigoted moron with you!

From the article: "Trump’s policy is also foolish. Former senior U.S. military commanders, diplomats, and homeland security officials, both Democrats and Republicans, have publicly stated that a block on refugees from Syria and other Muslim countries is contrary to U.S. security interests because it feeds the ISIS narrative that there is a war between Islam and the West and that Muslims are not welcome in the United States."

Dear Moronic person, You are as much of a coward as your moronic president. Learn, read, educate yourself. And keep you illeterate comments off this site. You are not welcome here. 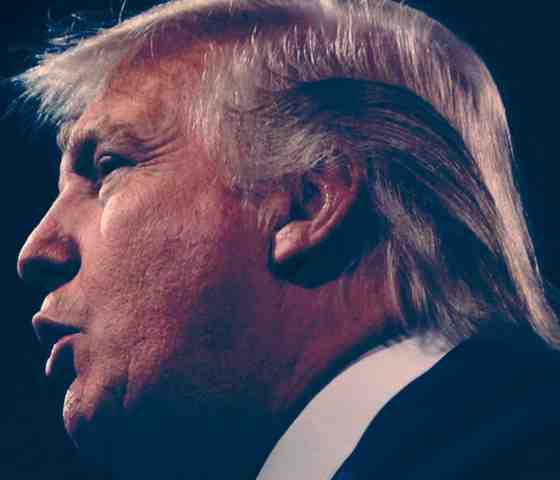