The Eleventh Circuit Court of Appeals may soon decide whether police need a warrant to track the location of your cell phone over the course of days or weeks. The case, United States v. Davis, involves a warrantless police request for four people's cell phone location records over a 67-day period. Yesterday evening the ACLU, along with the ACLU of Florida, Center for Democracy & Technology, Electronic Frontier Foundation, and National Association of Criminal Defense Lawyers filed an amicus brief arguing that the government violated the Fourth Amendment when it obtained these location records from the men's wireless carrier without a warrant. For one suspect, Quartavious Davis, police got 11,606 location records—an average of 173 location points each day. 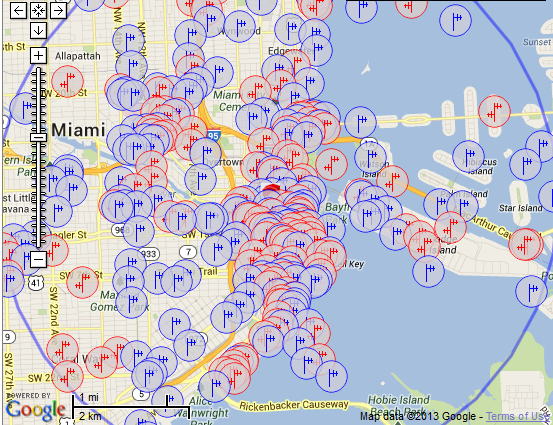 This case is similar to one where the ACLU and other organizations filed an amicus brief in the Fourth Circuit earlier this month, arguing that law enforcement should have gotten a warrant before it obtained 221 days of historical cell site location information about two suspects. Like in that case, here we were able to analyze the location data obtained by the police to demonstrate just how privacy-invasive cell site location information can be. We found that:

As we have explained before, a majority of Justices on the Supreme Court decided last year in United States v. Jones that the Fourth Amendment protects against long-term electronic monitoring of a person's movements and locations. That case involved affixing a GPS tracker to a person's car, but as our brief to the Eleventh Circuit explains, tracking a person using her cell phone raises even more serious concerns, since the GPS device in Jones only tracked the location of the suspect's vehicle, while people carry their cell phones with them wherever they go, including inside their homes.

This case illustrates how much can be at stake when the government conducts location tracking without a warrant. After police acquired Mr. Davis's cell site location information and charged him with a series of robberies, it introduced the records as evidence at trial. He was convicted, based substantially on the cell phone location evidence, and was sentenced to a staggering 162 years in prison. Mr. Davis's case has generated attention because of the draconian length of the sentence relative to his crime and age (he was 18 at the time of the robberies, had no prior convictions, and his co-defendants, who took plea bargains, were sentenced to between eight and 22 years). But the long-term, warrantless cell phone tracking in this case has so far escaped public notice. Our brief seeks to draw attention to the government's privacy violation, and to safeguard all our rights under the Fourth Amendment.