An important Congressional subcommittee held a hearing today on domestic drone use. Members and witnesses didn't just rehash familiar concerns; they dug deeper to explore how advanced surveillance technology has become, and the real dangers of the surveillance society that it creates.

The hearing, held by the House Judiciary Committee's Subcommittee on Crime, Terrorism, Homeland Security, and Investigations began with testimony from the ACLU and three representatives from the academic community. (You can read the ACLU's complete testimony here.) While they had different ideas of what government regulation of domestic drone use should look like, the witnesses all stressed the increasing sophistication of drones, which will lead to levels of surveillance previously unseen. The testimony drove home the fact that drones are getting smaller, cheaper, and their use is about to blow up.

While witnesses disagreed on solutions, the discussion made it clear that drones are just one part of a bigger surveillance state. Tracey Maclin, from the Boston University School of Law, described surveillance cameras that can detect thermal imaging and read license plates, and are even equipped with facial recognition technology that can track individuals based on height, age, gender, or skin color. The ACLU's Chris Calabrese concurred and took the argument one step further, explaining that such information can be tied to sensitive location data pinged from an individual's cell phone – resulting in continuous, long-term monitoring.

Gregory McNeal from the Pepperdine University School of Law referenced the ARGUS-IS to demonstrate how advanced the technology has become. ARGUS-IS, one of the most powerful aerial surveillance systems available (we have written about it in depth here), is basically a super-high resolution (1.8 gigapixel) camera that can be mounted on a drone. As demonstrated in this clip, the system is capable of monitoring and recording an entire city in high resolution. 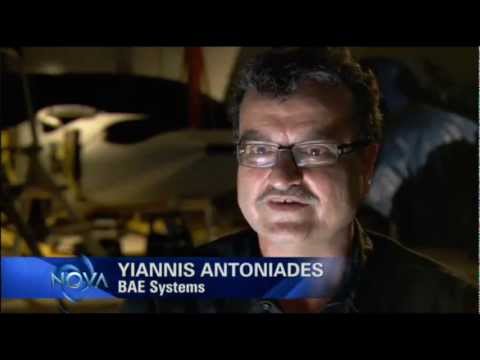 The hearing reinforced many of the concerns that we have raised with drone use and other forms of mass surveillance - it changes the very notion of the public space, and intrudes on Americans' reasonable expectation of privacy. The fear that big brother could be watching our every move is likely to chill the exercise of our fundamental rights by affecting our decisions to do anything from participating in a political protest, to attending a mosque service, meeting with a therapist, or simply sun bathing.

Members also debated whether Congress or the courts are best fit to protect our privacy in the face of such invasive surveillance. Calabrese explained that because the courts often only tackle a particular situation or fact pattern, Congress is better suited to protect Americans' privacy by creating carefully balanced legislation. Legislators are in touch with their districts and have an understanding of what their constituents' expectations are. Clear rules can encourage growth in the developing domestic drone industry, while still protecting our right to privacy.

The ACLU continues to support Rep. Ted Poe's (R-Texas) Preserving American Privacy Act, which we believe is a strong first step in this effort. The bipartisan bill would ensure that government's –particularly law enforcement's – use of drones will not violate the Constitution. It would require police to get a warrant based on probable cause before launching a drone to search a non-public area. For public spaces, the standard would be reasonable suspicion of criminal activity as well as a reasonable probability that the drone will capture evidence of that criminal activity. These requirements would guard Americans against being the subjects of mass surveillance by law enforcement, while still allowing police to benefit from the technology.

We applaud the subcommittee for holding this hearing and beginning this important conversation. We encourage them to act in favor of safeguarding Americans' privacy by moving forward with Rep. Poe's bill.