The NSA Says It Is Ending One of Its Most Controversial Spying Practices, But It Could Be Resurrected if Congress Doesn’t Act Now

The NSA indicated today that it will halt one of its most controversial spying practices, related to its surveillance of virtually all text-based communications entering or exiting the United States. If true, this is a significant step forward in the fight to restrict the NSA’s wildly expansive spying powers. But, unless Congress codifies this restriction, there is a risk that this practice will be resumed. Moreover, the NSA’s change still leaves in place a warrantless surveillance regime that sweeps up countless Americans and must be reformed.

While we need to know far more about how the NSA will implement this change, it affects a form of warrantless spying known as “Upstream” surveillance, which was first revealed by the whistleblower Edward Snowden in 2013. Through Upstream, the NSA scans communications entering and exiting the United States. It then retains any communication “to” or “from” its nearly 100,000 targets as well as those that mention certain identifiers associated with targets, such as email addresses or phone numbers.

In other words, the NSA searches through the contents of Americans’ international communications — in bulk and without a warrant — and it retains even those that are merely about its targets. This deeply problematic aspect of Upstream collection, known as “about” surveillance, will reportedly be reined in as a result of the changes announced today.

It’s important to note that the government isn’t relinquishing its powers. We have no reason to believe the government has disavowed the authority to conduct “about” surveillance — even though this spying violates the Constitution. Rather, the government seems to be halting the practice because of technical problems that prevent it from complying with the FISC’s order. That means that if Congress doesn’t move to codify the prohibition on “about” surveillance, it could, theoretically, be resurrected.

Just as importantly, today’s news doesn’t suggest an end to the NSA’s global dragnet. The agency continues to target an incredibly broad category of people using both Upstream and PRISM surveillance. It is still “incidentally” collecting and searching enormous amounts of information to and from Americans.

The agency conducts Upstream surveillance under Section 702 of the Foreign Intelligence Surveillance Act — a controversial law that is set to expire this year. Under Section 702, the NSA can target any non-U.S. person abroad to acquire “foreign intelligence information.” Its broad definition of the term allows it to collect countless communications from journalists, human rights researchers, and ordinary citizens abroad — including their communications with Americans.

In 2011, the secretive Foreign Intelligence Surveillance Court, which reviews the NSA’s activities, found that the NSA was violating the Fourth Amendment in retaining and searching certain wholly domestic communications collected under Upstream. The problem was that the NSA was unable to filter out those communications because of how the internet functions. Since messages are often transmitted in bundles, the agency was retaining many purely domestic communications that had nothing to do with its targets.

The FISC ordered the NSA to adopt stringent procedures to protect those domestic communications from warrantless searches by agency analysists. However, according to news reports, the NSA told the FISC that it had been unable to meet the technical requirements imposed by the court.

It’s unclear whether the NSA is ending “about” collection voluntarily or in response to a still-classified FISC decision handed down earlier this year. The NSA statement said that a “declassification review” of the order “is underway.” That decision must be released to the public in order to clarify how this spying is being reined in and to shed light on the NSA violations that prompted this change.

Today’s change comes in the midst of a vigorous debate that’s heating up around Section 702. If the NSA’s powers are ever going to comply with the Constitution, then many more significant reforms are needed. It’s time for Congress to act and protect all Americans from unconstitutional surveillance.

All we can do is arm ourselves with heavy weapons at the ready and let it burn.

Every NSA employee and contractor, including it's director, take a supreme loyalty oath to follow the U.S. Constitution - which includes the 4th Amendment and Bill of Rights.

Every member of the government takes some kind of oath. You assume they care or remember years later. Yes real patriots take these oaths and obligations to heart, but many "forget" or justify improper actions by other means. There ARE secret NSA programs even the president doesn't know about, or at least doesn't understand, that are mass collecting internet data. They also work with the department of energy to use the Titan computer as well as its following upgrades.

Look up the Titan supercomputer. It is used search the internet for whatever the NSA wants, as well as run code breaking algorithms.

Think about it.... if you know anything about "data mining" then you understand massive amounts of "material" are captured then sifted through. Do you really think all data that isn't important is fully deleted. Bullshit, it is stored. Maybe not immediately used but it is captured on every person circled for search.

These mining machines pull vast amounts of data that analyst then sift through to "cut" out what they want. For example, one NSA program monitors the bank account transactions of every account in America. They don't know if the account holder is a US citizen until it is pulled. Doesn't mean they don't pull it. Same for DMV records and other accounts. They pull all information for all people in that system.

Then and only then do they isolate targets based on specific algorithms for the search requested by the CIA, FBI or whoever. They can pull names, addresses, financial data, employment data, and any other data they want because it's archived and easily available. Data the government collects is never ever destroyed by mandate. Don't let government employees tell you less.

The ACLU is capturing your posts and data for "targeted marketing" purposes. They are as bad as the government and corporates for compiling information.

They contract with a marketing firm to capture what you are click on based on IP geographic information.

They preach no tracking rights and sources need to be anonymous. Practice it ACLU 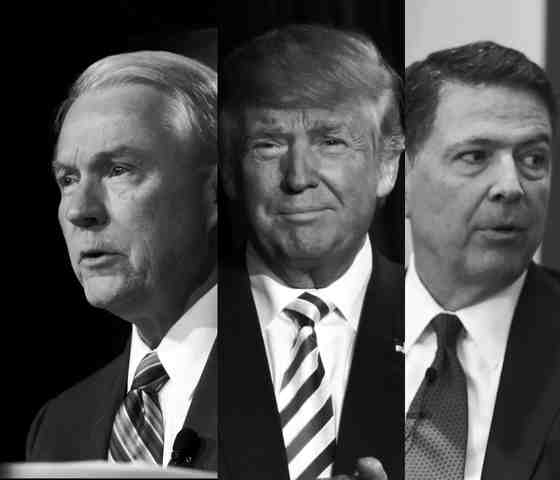