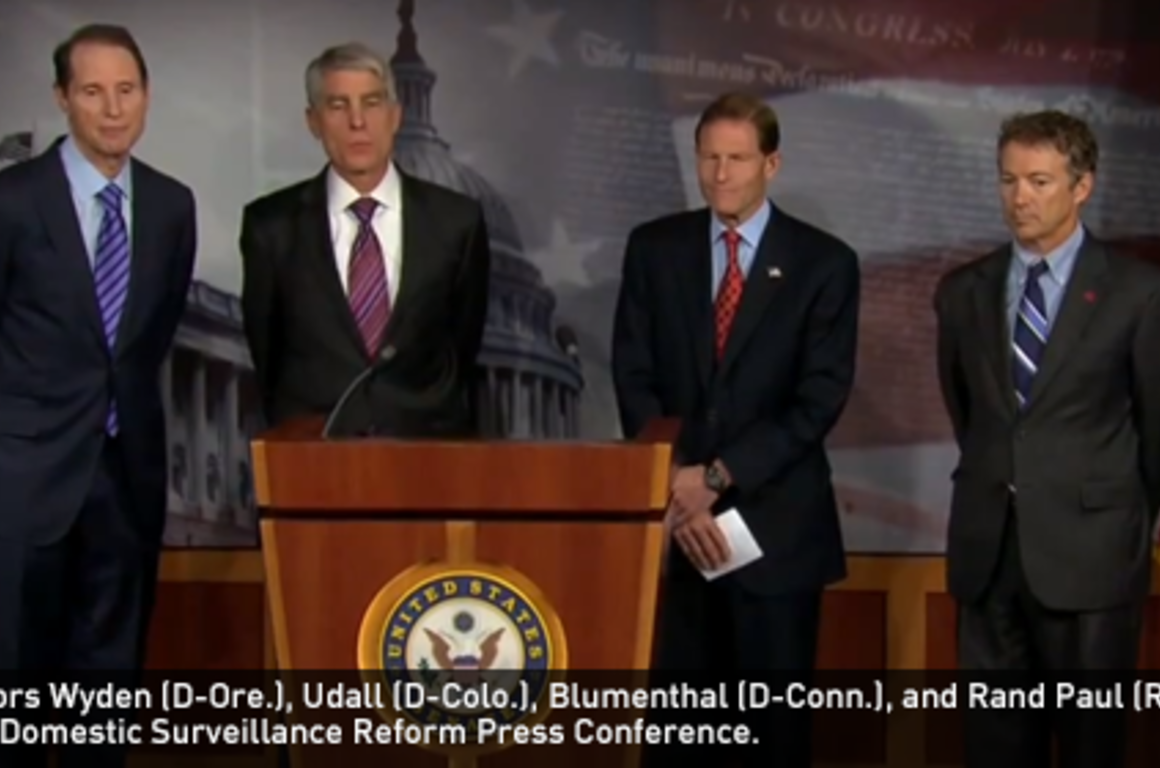 Yesterday afternoon, the first shot in the fight for comprehensive intelligence reform was fired.

Sens. Ron Wyden (D-Ore.), Mark Udall (D-Ore.), Richard Blumenthal (D-Conn.), and Rand Paul (R-Ky.) held a press conference to discuss the government's surveillance overreach, staking out what they see as meaningful reform. "We're launching the debate with an actual bill, setting the bar that we think is the real measure of intelligence reform," Wyden said.

The bill they introduced, the Intelligence Oversight and Surveillance Reform Act, would do many things, but here's the core of it:

"These are commonsense reforms that will keep our country safe while still protecting our constitutional rights," said Udall. He added: "Our critics say we cannot protect both safety and privacy, but that is a false choice."

The bipartisan reform package is after "real reform," according to the senators. This is not some sort of "cosmetic reform where you just take the old wine and put it in a new bottle," Sen. Wyden said.

But civil liberties and privacy aren't the only things NSA surveillance affects, the senators noted.

"When friendly governments begin to question their relationship with the American intelligence community," he said, "there are serious, serious national security implications."

Sen. Udall noted that intelligence reform was critical to maintaining international trust in American business—a point we've made before.

As Sen. Wyden stressed over and over again during the press conference, the privacy hawks have "exceptional momentum." And as he made clear, the American people are on the reformers' side. "If you had told me six months ago that somebody would come up to me in a barbershop and ask me about the FISA Court, I would have said, ‘You know, right.'"

During a time when the White House and the intelligence community argue over and over again that Americans have to trade some of their civil liberties and privacy for security, Sen. Wyden insisted that "Liberty and security are not mutually exclusive." 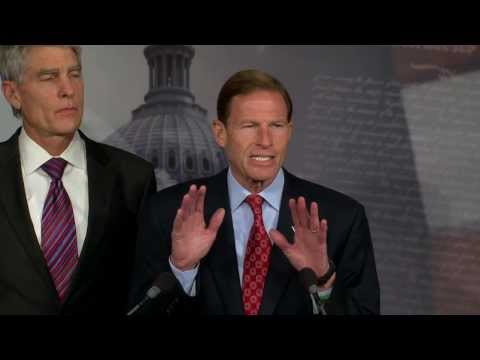