‘We Hope This Information Has Been Helpful’

The ACLU’s long-running effort to shed light on the government’s “targeted killing” program has had its share of breakthroughs — most importantly, the Second Circuit Appeals Court's release of a July 2010 Justice Department Office of Legal Counsel memorandum laying out the purported legal justification for the extrajudicial killing of an American citizen.

But while we’ve been at it for more than half a decade, the government continues to stonewall. For years in our Freedom of Information Act lawsuits, the government claimed that it could not even “confirm or deny” the existence of records related to the program — a program that was, even then, openly discussed in the media, in the halls of Congress, and in government officials’ formal speeches. Then the government refused to identify or release records that the courts finally forced it to admit it had.

This morning, the ACLU actually received a responsive targeted-killing record from the government. It sums up the government’s current stance with respect to disclosures relating to the program. 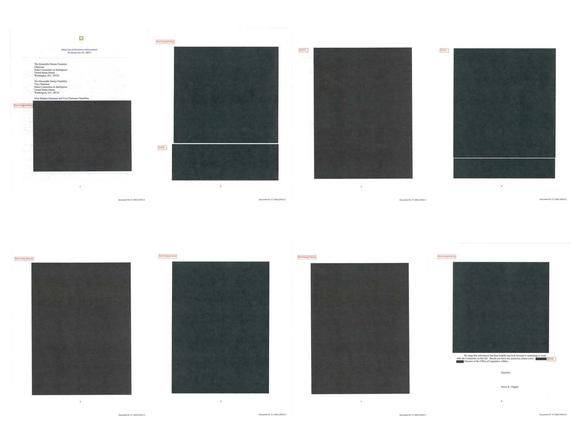 Eight pages completely redacted, with this at the end:

How’s that for “helpful”?