Are You There, Democracy? It’s Me, the Internet.

In February, Joseph Gordon-Levitt and his web-based production company, hitRECord, teamed up with the American Civil Liberties Union to create a five-part educational series on the topics of technology and democracy.

The actor became passionate about issues of mass surveillance and digital privacy while preparing for his role as Edward Snowden in Oliver Stone’s upcoming movie, “Snowden.” Gordon-Levitt asked the public to submit videos to hitRECord answering the question: “Is today’s technology good or bad for democracy?” The goal of the project was not to gather expert opinions or talking points but instead to hear personal stories from people all over the world. Keeping with the style of hitRECord productions, each documentary is edited with music and interactive DIY animations.

The first installment of the series was released with the same title as the project, “Are You There, Democracy? It’s Me, the Internet.” From military professionals in the U.S. to practicing attorneys in India, we hear from a range of people on how they believe the internet has affected their democracies. People discuss how activism has increased across borders with technology and how technology creates a platform for reaching public consensus. At the same time, people raise privacy concerns around social media companies exploiting personal information and advertisers using surveillance to gather data on internet users. The video stars familiar faces like Emma Watson, Bryce Dallas Howard, Shailene Woodley, and Snowden himself. With no conclusion proposed, the video lays out the multifaceted relationship between technology and the global community. 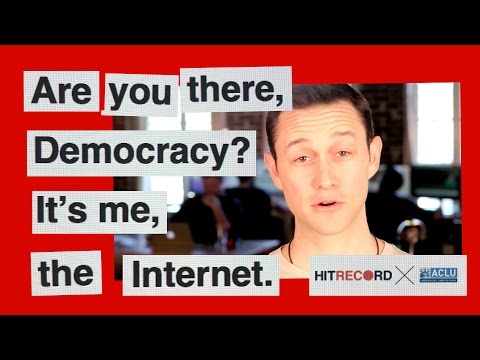 “REC the vote” spotlights a single submission from Ayesha Nasser, a college student from Pakistan. Ayesha tells the story of how she used social media to expose election rigging in Pakistan. When she posted videos of the voting stations on Facebook, she noticed many others were doing the same, resulting in protests across the region. In response, the Election Commission of Pakistan aired a PSA this year addressing the polling concerns, and Ayesha hopes that through the use of other technologies, her country’s elections will gain further transparency. 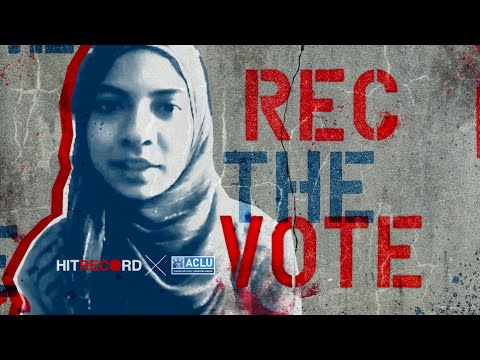 “That’s What She Said” stars an editor for hitRECord who calls into question the assumption that mass surveillance is necessary for national security. After sifting through a multitude of submissions arguing different facts, hitRECord’s editor, Rebecca, recognizes the difficulty in getting reliable information about surveillance on the internet. The video focuses on one submission from a high school student who debated the topic for seven months and argued that mass surveillance is saving lives. To counter that narrative, Rebecca interviews the ACLU’s Alex Abdo, who outlines the importance of accountability and targeted surveillance over mass surveillance. 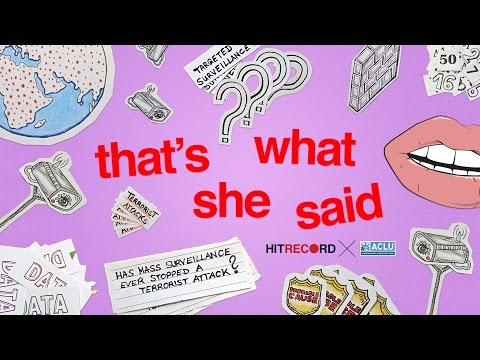 “A Very Different World” features a submission from Speech, Privacy, and Technology Project Director Ben Wizner, who illustrates the psychological impact of mass surveillance on society. Wizner answers Gordon-Levitt’s question more philosophically, expressing concern that the effect of widespread knowledge about mass surveillance may stifle minority opinions and alter behaviors. Wizner concludes that technology is neither inherently good nor bad, but a tool for society to decide how to use. 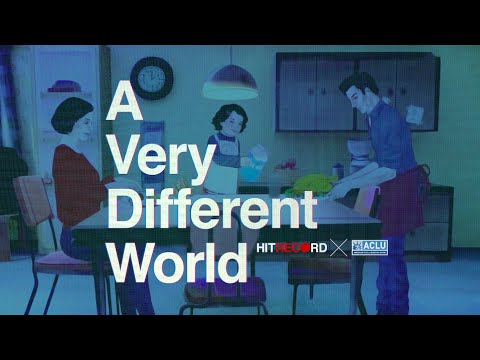 The project ends on a hopeful note with a submission from Edward Snowden: “It’s Only Getting Better.” Snowden speaks optimistically about the potential for technology to improve society. He addresses the importance of sustainable energy technologies, access to knowledge on the internet, and how technology, when used right, can work for liberty. 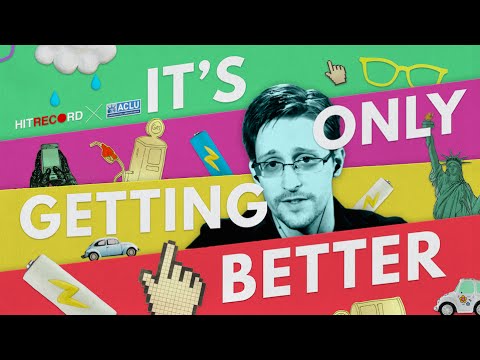 He’s right, of course, that technology has enabled progress. But there is no satisfying or concrete answer to whether technology is an ultimate force for good or evil. Like the woman in the first video, outraged by data mining, or the Pakistani student ripping off the tape from her webcam before discussing how Facebook helped expose election rigging, we see that technology is a tool that serves different incentives. Ultimately, it is up to us to decide how to maintain accountability and transparency as technology gains power as a platform for democracy.

If you are looking for Managed WordPress Hosting that is isolated from other users on the server, We provides you with everything for which you have been waiting for. Our hosting is built on a blazing-fast SSD latest hardware That's Highly tuned for optimum performance. The hosting includes the latest WP version, plugins, themes, automated daily backups, anytime money back, 99.97% uptime and 24x7 support.