A Week In, the Pardon Snowden Debate Keeps Heating Up

It’s been a very eventful week since we launched the Pardon Snowden campaign.

Since then, people worldwide have turned their attention back to the most famous whistleblower of our generation. Dozens of news and opinion pieces have considered his role in exposing the contours of U.S. mass surveillance, and moviegoers have watched Joseph Gordon-Levitt portray him in an Oliver Stone-directed film based on his life.

The ACLU, Amnesty International, and Human Rights Watch launched the Pardon Snowden campaign with a press conference last Wednesday, with Ed himself appearing via live video. “Never in my wildest dreams would I have imagined, three years ago, such an outpouring of solidarity," he said in profuse thanks to his supporters. 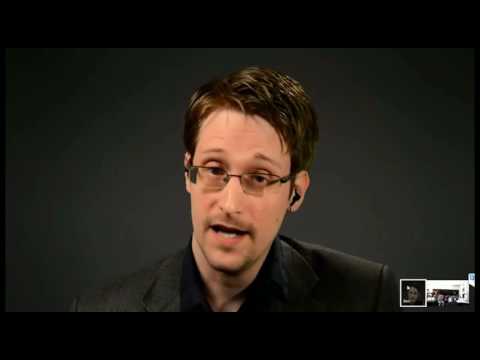 The launch of the campaign sparked a deluge of commentary, much of it joining the call for pardon or urging leniency in light of Snowden's contributions. We’ve seen the opinion pages of just about every major paper in the country weigh in, with pro-pardon contributions in the New York Times, Time, the Los Angeles Times, USA Today (twice), and many more.

Meanwhile, in a cynical move aimed at poisoning an honest discussion about Snowden’s case, the House Intelligence Committee – perhaps fearing the swell of support building behind the whistleblower – sent President Obama a letter arguing against a pardon. The report released with the letter, a three-page executive summary of a classified report, was rife with blatant falsehoods about Snowden’s medical, academic, and professional history – falsehoods easily disproved. That members of Congress would peddle such transparent misrepresentations suggests a vexing disrespect for the truth and the public they purport to represent.

The report earned a swift takedown from Barton Gellman, the veteran journalist who led the Washington Post’s reporting on the Snowden disclosures. His response was a gratifying read for Snowden’s many supporters, but also a sad confirmation of the deeply rooted failings of the institutions entrusted with overseeing our intelligence agencies.

And we haven’t even gotten to last weekend, when the Washington Post printed an editorial arguing against pardon. The Post, you’ll remember, received the Snowden documents through Gellman, and the paper earned the Pulitzer Prize for public service for its reporting on the disclosures. The irony of the editorial board throwing its paper’s source under the bus after reaping such benefits from him wasn’t lost on anyone. Glenn Greenwald quickly published a blistering response on The Intercept, and the Washington Post itself followed up with two powerful op-eds in favor of pardon – one by media columnist (and former New York Times public editor) Margaret Sullivan, the other by Katrina vanden Heuvel, publisher and editor of the Nation. In Sullivan’s words:

Snowden acted carefully, responsibly and courageously — and squarely in the public interest. The Post’s executive editor, Martin Baron, wrote this in 2014 about the revelations whose publication in The Post he championed: “In constructing a surveillance system of breathtaking scope and intrusiveness, our government also sharply eroded individual privacy. All of this was done in secret, without public debate, and with clear weaknesses in oversight.”

Five days later, the hubbub over the editorial doesn’t show signs of letting up.

Elsewhere, discussions around other aspects of the Snowden disclosures are in full swing – many of them positive, though some have trotted out tired misconceptions about what he revealed to the public (personally, nothing) and whether he could have effected change by going through internal channels (he couldn’t). Trevor Timm responds to some of those most popular misconceptions about Snowden. We’re also seeing more useful conversations – like, for example, those making the point that people overseas have rights, too. (See strong arguments from former Obama White House official Tim Edgar, and Amnesty’s Joshua Franco.)

All that in just over one week.

But let’s not forget what this is all about. Obama has 118 days to bring home the whistleblower whose actions prompted all this debate – about the democratic limits of mass surveillance, the role of the press, and our most fundamental rights. Help us make it happen.

Snowden committed treason. Plain and simple. He should be locked up at the very least.

Let him come home without fear

Please add the option for Bitcoin donation to the #PardonSnowden campaign. Its more secure and more anonymous than a credit card donation.

I second the bitcoin option. Just went to donate $1000 to the ACLU but they don't accept bitcoin. What??

Bill Binney tried to blow the whistle on the NSA legally and he was heavy retaliated against. Edward Snowden unveiled that the NSA was stepping on peoples rights.

Those “Free” Remote Learning Apps Have a High Cost: Your Student’s Privacy

Say No to the “Cashless Future” — and to Cashless Stores