Police Use of Social Media Surveillance Software Is Escalating, and Activists Are in the Digital Crosshairs

It goes without saying that speaking out against police violence or government overreach shouldn’t land you in a surveillance database. But it can, and it does.

The ACLU of California has received thousands of pages of public records revealing that law enforcement agencies across the state are secretly acquiring social media spying software that can sweep activists into a web of digital surveillance.

A document from our investigation refers to activist groups as "overt threats."

This set of public records requests is part of our ongoing work with community groups to shine a light on surveillance technologies and call for community control in decision-making around policing. Last year, we worked with local activists in Fresno to reveal that its police department was using a MediaSonar social media surveillance tool that boasted the capacity to identify so-called “threats to public safety” by monitoring hashtags such as #BlackLivesMatter, #DontShoot, #ImUnarmed, #PoliceBrutality, and #ItsTimeforChange.

But we had a hunch that Fresno was not an isolated case.

So this summer, we requested records from 63 police departments, sheriffs, and district attorneys across California. And what we learned from the documents was alarming.

Of the responses we’ve received, 40% of the agencies (20 in total) have acquired social networking surveillance tools — many of them in the last year. 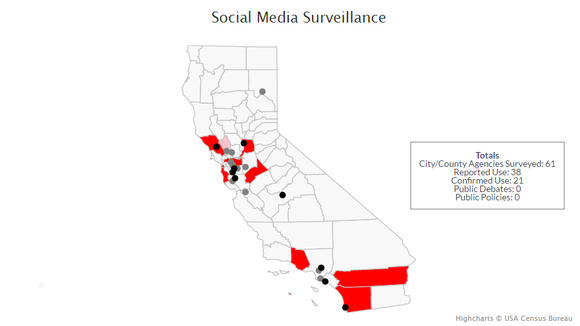 We found no evidence in the documents of any public notice, debate, community input, or lawmaker vote about use of this invasive surveillance.

And no agency produced a use policy that would limit how the tools were used and help protect civil rights and civil liberties.

The utter lack of transparency, accountability, and oversight is particularly troubling because social media surveillance software used by California law enforcement — tools like MediaSonar, X1 Social Discovery, and Geofeedia — are powerful. And our records from Fresno and several other communities reveal that some have been marketed in ways to target protesters.

Our records show that Geofeedia’s marketing materials, for instance, refer to unions and activist groups as “overt threats,” and suggest the product can be used in ways that target activists of color. At least 13 California law enforcement agencies have used or acquired Geofeedia. 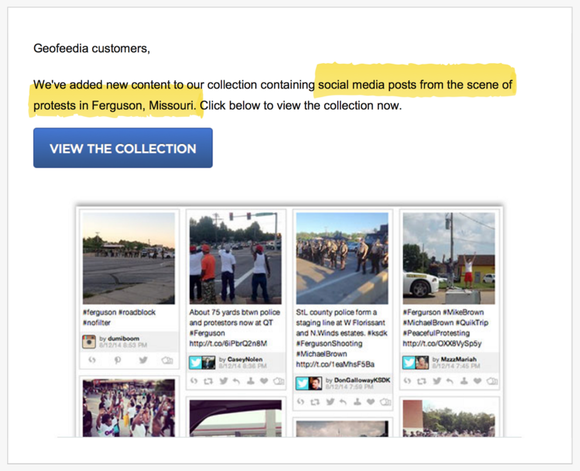 This email was sent by Geofeedia to the San Diego Sheriff

In one exchange with law enforcement, a company representative suggested to San Jose Police that they should use the product to surveil the “Ferguson situation,” even though the city is roughly 2,000 miles from Ferguson, Missouri. San Jose Police did in fact use Geofeedia software to monitor South Asian, Muslim, and Sikh protesters only a few days after acquiring it. 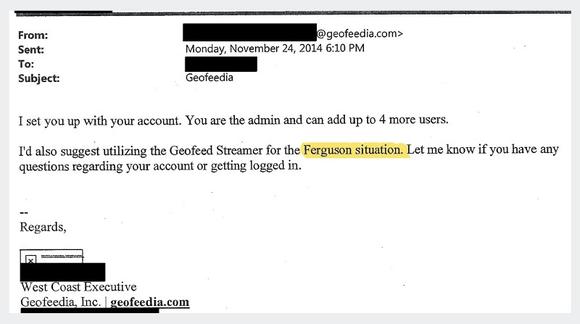 An email to the San Diego Sheriff touts a “collection” of social media content curated by Geofeedia following the non-indictment of Darren Wilson.

And yet another promotional email invites the Los Angeles District Attorney to learn how Baltimore used the software to monitor and “stay one step ahead of the rioters” after the police killing of Freddie Gray.

Law enforcement should not be using tools that treat protesters like enemies.

The good news is that we’ve seen that when surveillance is forced into the light, communities have the power to call out racist policing practices and stop discriminatory surveillance in its tracks. 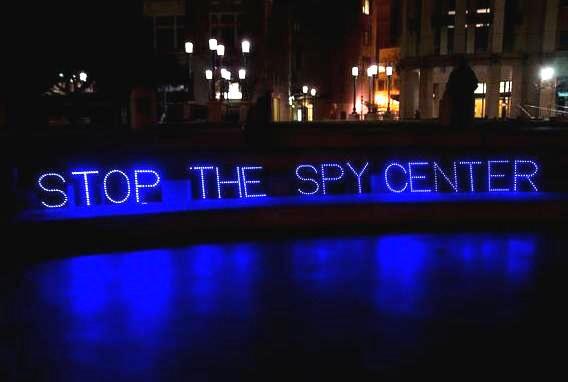 In Oakland, community members organized against plans to build an expansive Domain Awareness Center that would have collected and stored hundreds of terabytes of data on Oakland residents. Now Oakland has a Privacy Commission that advises the City Council on surveillance decisions and is currently drafting a surveillance technology ordinance. 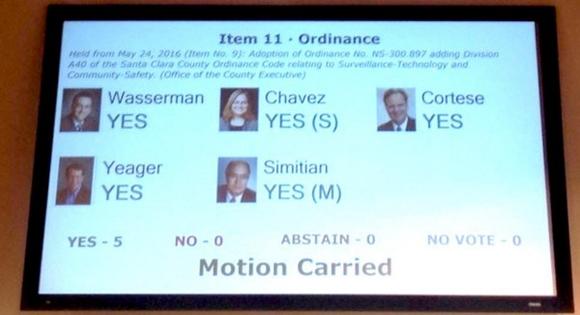 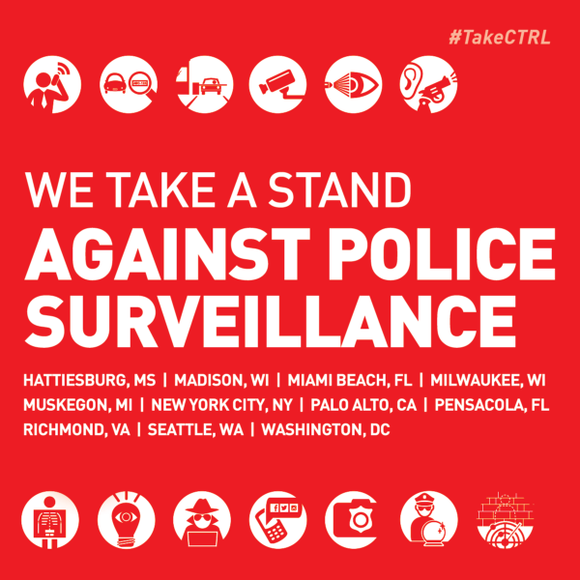 In this spirit, a powerful coalition of national organizations is launching a multi-city legislative initiative, Community Control Over Police Surveillance (CCOPS), to introduce more local laws to bring transparency and community control to the acquisition and use of local police surveillance technologies.

Here in California, community members are working in Palo Alto, Fresno, Oakland, Berkeley, Santa Rosa, and Santa Cruz to ensure that similar laws are introduced in their cities.

Whether it’s social networking surveillance, stingrays, or something else we haven’t heard of yet — it’s time to push secret surveillance into the light.

We have the power to stop discriminatory surveillance and put control where it belongs — in the hands of the community.

Read more about community control and surveillance technology in California: