In an early episode of the television series “Girls,” Adam sends Hannah a photo of his penis and then a text message: “SRY that wasn’t for you.”

Hannah and her friends debate the intention of Adam’s actions, but one thing is clear: The explicit photo he sent isn’t unusual, and it certainly isn’t criminal.

Had he lived in the state of Washington, been under 18 — and, of course, been a real person — Adam might have been branded a sex offender. In Washington, minors who engage in the common teen behavior known as sexting can be prosecuted under the state’s child pornography law.

To suggest that a juvenile who sends a sexually explicit selfie is a victim of his own act of child pornography is absurd, but that’s exactly what a trial court in Spokane County has done.

This much should be obvious: Selfies taken by minors are not child pornography.

When he was 17, E.G. sent a text message with a photograph of his erect penis to a young adult woman he knew through his mother. The woman reported the incident to police, and the prosecutor chose to charge E.G. with the felony sex offense of dealing in depictions of a minor engaged in sexually explicit conduct — a law typically used to prosecute child pornographers.

That’s right: E.G. was named as both the perpetrator and the victim of the crime of child pornography. He was convicted and required to register as a sex offender after the trial court rejected a motion to dismiss for insufficient evidence.

The ACLU of Washington has filed a friend of the court brief in State of Washington v. E.G. asking the state court of appeals to reverse the trial court decision and dismiss E.G.’s conviction.

The purpose of Washington’s child pornography law is to prevent minors from being sexually exploited or abused for someone else’s personal gratification or commercial gain, not to criminalize young people for experimenting with their sexuality.

This much should be obvious: Selfies taken by minors are not child pornography. No crime is being committed when a teen photographs himself of his own volition. Nudity alone is not criminalized, even among minors.

What E.G. did is actually fairly common behavior among young people today. The average teen now sends approximately 60 text messages every day. Among teens who have sent nude or semi-nude text messages, 66 percent of girls and 60 percent of boys say they did so to be “fun or flirtatious,” and 40 percent of girls say they sent sexually suggestive texts as a “joke,” much like Hannah does, later in the episode.

Criminal justice officials are beginning to recognize that child pornography laws are not meant to address teen sexting. The president of the National District Attorneys Association has publicly urged prosecutors to use their discretion to avoid criminal charges in many such cases. Courts are also finding that sexting should not be handled through child pornography prosecutions. And 20 states — but not Washington — have enacted new laws that provide a range of charging and sentencing alternatives to prosecutors that avoid the sledgehammer impact of a felony child pornography charge and conviction in sexting cases.

It’s time for Washington’s courts to appreciate what a five-year-old scene from “Girls” implies: Sending a sexually explicit selfie may be immature or unwise, but it’s only human to behave that way sometimes.

The word "perverse" is most commonly associated with a sex act. But in this case the judge and the system is truly where the perversion lay.

I was thinking the same

He wasn't prosecuted for sexual harassment. He was prosecuted for child pornography, which is patently ridiculous, since the nude minor in the photos he took was *himself*.

A 13-year-old girl who takes a nude photo of herself could also be prosecuted for child pornography, under this precedent. Do you think that's reasonable?

I think sending naked pictures without obtaining consent should be considered sexual harassment, and it should be illegal. I believe it is an injustice to prosecute someone who has committed that crime as if they had committed the separate crime of creating child pornography. These are disparate acts that should warrant different sentences. It is a further injustice to prosecute a consenting minor who sends naked photographs of themselves to another consenting minor the same way you would prosecute and adult who created child pornography.

Alison in my day we had phones and our phone we received crank calls. And some of these calls were very distrubing. What you did is... you didn't answer or just hung up and went on about your day...no loss no gain. I believe you can block and unfriend and above all don't open an attachment you may or may not have requested, recognize the sender. But placing a stupid, ignorant minor to possible jail, prison and on the registry for pic, sexting and other stupidity is a slap in the face for those that have been violently sexually assaulted or killed.

I have worked with several juveniles who have done sexual stuff online, and who have interacted with others sexually online, and have also done various other boundary crossings that are borderline criminal (depending on age of other juvenile. Some of them have conduct disorder, and if we allow our youth to text pictures of their genitals to one another, how do we expect young people with sexually deviant behaviors, like exposing themselves, to understand boundaries?

The intent of this article is that using child pornography laws to prosecute teens for sending/ taking sexually explicit photos of themselves is patently wrong. Because then any photograph of this nature that a teen takes of themselves is criminalized. Child pornography laws exist to protect children from being exploited by other people, typically adults. It was not intended to prevent them from exploring their own sexuality. Perhaps additional examples should have been used, since there is currently such a pervasive harassment culture that manifests in sending/ receiving unsolicited pictures of male genitalia. This article does not intend to say that teens that send unsolicited sexually explicit photos should not face repercussions. The boy in Washington did engage in sexually harassing activities, and the adult woman could have gotten in legal trouble for possessing the (unwanted) picture he sent her. The point as I see it is that there are laws other than child pornography laws that could have and should have been used to address the situation. And I'm not a lawyer, but it seems like applying child pornography laws to the case in Washington could establish precedence that unduly restricts the rights of teens to express themselves. 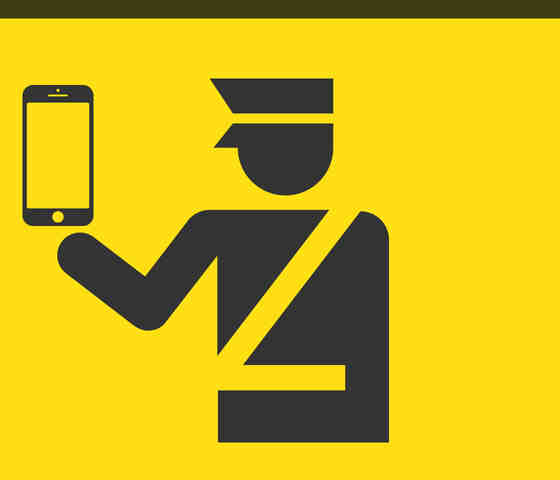 What You Need to Know About the Coronavirus Outbreak: A Civil Liberties...