Protect the Children, Preserve the Tribe 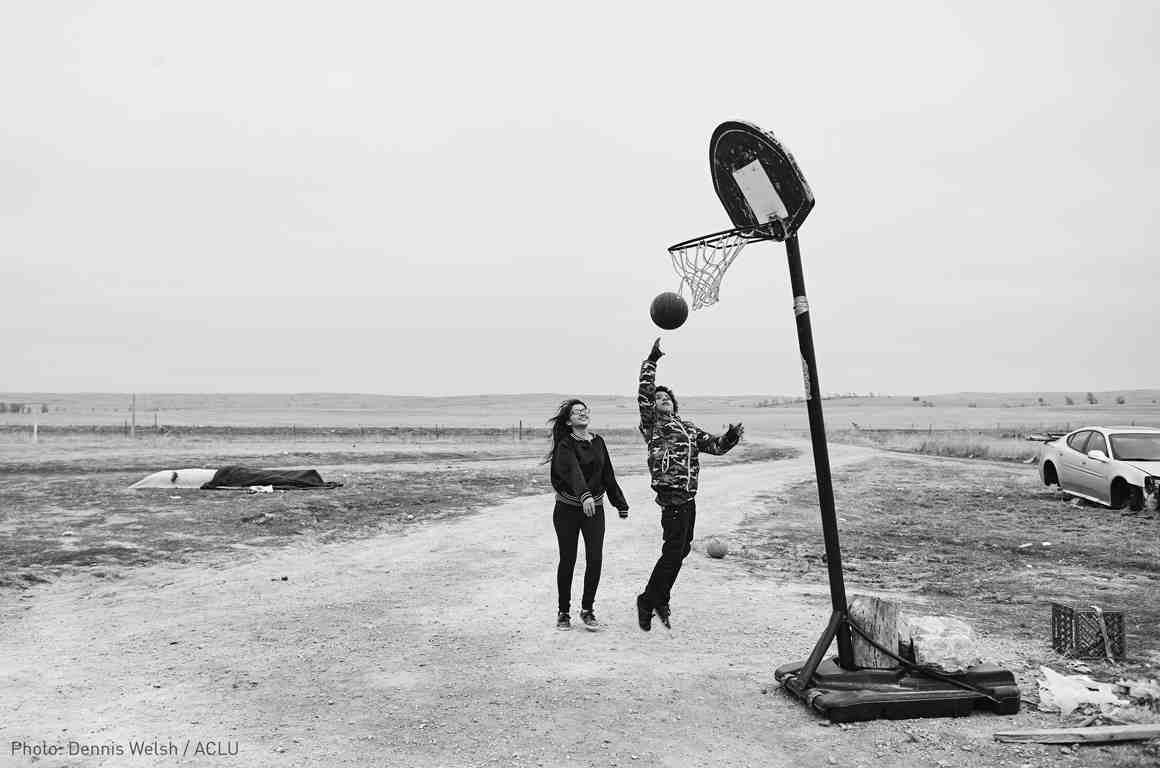 Native children such as Andreanne and Issac have been taken from their families in direct violation of the law.

IMAGINE HIRING A BABYSITTER who you have every reason to trust to watch your toddler while you are at work. One day you return to pick up your child and you’re told that she has been taken into custody by the police because the babysitter became inebriated during the day. Fortunately, your child is fine and you are ready to take her home. But, instead, you learn that the police have turned your daughter over to Social Services, and the caseworker refuses to return her to you. You explain the situation, but it makes no difference.

The county prosecutor then files a petition for temporary custody against you. Two days later, a judge refuses to allow you to present any evidence or to testify on your own behalf and won’t let you ask the caseworker any questions. You aren’t even given a copy of the petition that was filed against you. Based exclusively on that secret petition, the judge grants custody to Social Services and places your child in a foster home for over a month.

This kind of nightmare scenario is the unfortunate reality for Native Americans in South Dakota. Social workers and the courts place their children into non-Native American foster homes — sometimes through hearings that last less than 60 seconds — resulting in thousands of fragmented families and a widespread diaspora of Native American children disconnected from their cultures.

All of this is happening in spite of the Indian Child Welfare Act (ICWA), which was passed in 1978 to ensure the integrity of Native American tribes and families. ICWA was created to “protect the best interests of Indian children and to promote the stability and security of Indian tribes and families by the establishment of minimum Federal standards for the removal of Indian children from their families and the placement of such children in foster or adoptive homes which will reflect the unique values of Indian culture,” according to Congress.

In response to the growing outrage of the Native community and Indian Child Welfare advocates across the country, the ACLU is fighting against the unwarranted and unconstitutional removals of Native American children. 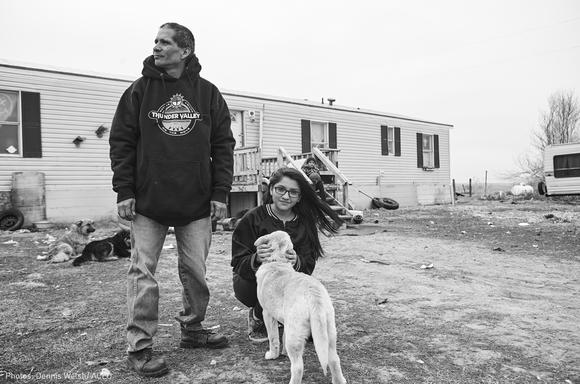 Additionally, since January 2010, following hearings that happen within 48 hours of a child being removed from a home and in which no witness testified and no documents were offered during the hearing as evidence, it has been the standard practice for the judges of South Dakota’s Seventh Circuit:

Represented by ACLU Senior Staff Attorney Stephen Pevar and Rapid City attorney Dana Hanna, three individual Native American plaintiffs — Rochelle Walking Eagle, Madonna Pappan, and Lisa Young — together with their tribes, the Oglala Sioux and the Rosebud Sioux, filed a historic suit in federal court against the state of South Dakota. Their aim: to ensure that fair hearings are held in accordance with the rules of ICWA in an effort to stop the unwarranted and lengthy removals of their children.

Through this case, Oglala Sioux Tribe v. Luann Van Hunnik, the plaintiffs sought to protect their families and strengthen their communities by addressing the continued defiance of ICWA as well as the duty required by the Constitution to provide fair notice and a fair hearing to parents in Pennington County, South Dakota. Enforcing the law would mean that Native American families and tribes facing the removal of their children would be afforded the procedural protections guaranteed by ICWA and the Constitution. Beyond that, these protections could put an end to the traumatic impact that these hearings and their aftermath have on Native American families and children for years afterward.

The outcome could potentially affect hundreds of tribes and thousands of Native American families across the country who are locked in a bitter tug-of-war over their children with state courts and social service agencies that have ignored duties and procedures required by ICWA.

An End to Rubber-Stamping

State law requires that a hearing be provided to parents within 48 hours of a child being removed from the home, at which time a state judge will determine whether to return the child.

The initial 48-hour hearings are the most time-sensitive and crucial phase in the process for reunifying children and their parents in a timely fashion. But according to Pevar, attorneys, social workers, and judges routinely “rubber-stamp” removals.

“The defendants are violating federal law in seven different respects during the 48-hour hearings by not ordering state officials to return Native American children to their homes as quickly as ICWA requires,” says Pevar. “In addition, the defendants are violating the Constitution by not ensuring that Native American parents in 48-hour hearings are given adequate notice of the complaints against them, an opportunity to present evidence, to cross-examine the state’s witnesses, to be represented by an attorney during the hearing, and to receive a written decision based on the evidence presented in the hearing. All of these safeguards will help ensure that once the state removes Native American children from their homes, the state will not keep these children separated from their parents unless absolutely necessary to protect their physical safety, which is the standard created by ICWA.” 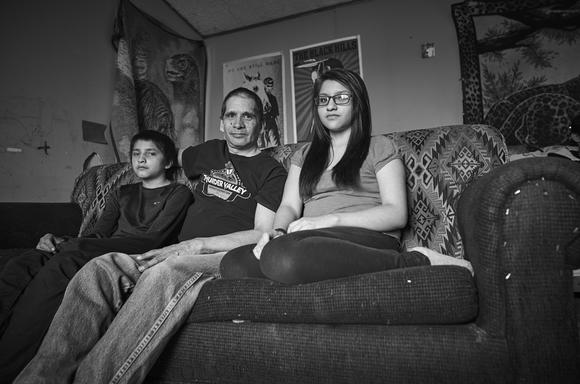 Significantly, the Oglala case also addressed the coercive tactics used by judges to intimidate defendants — many of whom are poor — into waiving their right to counsel. These tactics include threatening to foreclose on parents’ homes or file liens on their property and assets if they exercise their right to receive federally mandated counsel when they cannot afford to hire an attorney. Additionally, it is not uncommon for a judge to imply that parents can get their kids back in less time if they waive their right to counsel and voluntarily agree to work “informally” with the South Dakota DSS.

But the reality for many Native American parents in South Dakota is that waiving their rights often makes it take longer to get their children back. Plaintiffs Rochelle Walking Eagle and Madonna Pappan both lost their children due to the actions of others and through no fault of their own. But by putting themselves at the mercy of a system with endless roadblocks and requirements in an exasperating approach to reunification, their children were unnecessarily kept in state custody for months. “This case is significant because it will have long-term impacts for tribes across the country,” says Pevar. “The scope is unprecedented. It’s the first time a tribe has filed suit seeking to protect its collective rights under ICWA. It’s the first time parents have filed a class-action lawsuit seeking to protect the rights of all Indian parents. And it’s the first time that tribes or parents have filed suit seeking to halt systemic violations of ICWA and the Due Process Clause.”

Rochelle Walking Eagle, a member of the Rosebud Sioux Tribe, had lost her children twice within two years. Each instance followed short, perfunctory hearings in which the judge asked few questions and barely looked up from the bench to acknowledge her presence in the courtroom. Each time, she and her children were subjected to months of agonizing separation while she worked to complete a long checklist of required classes and counseling.

Similarly, Madonna Pappan’s two children were taken from school by social workers following her husband’s DUI arrest — even though she was not present at the time of the incident. After a hearing that lasted less than two minutes, Pappan’s two small children were kept in foster care for two long months while she fought to get them back. 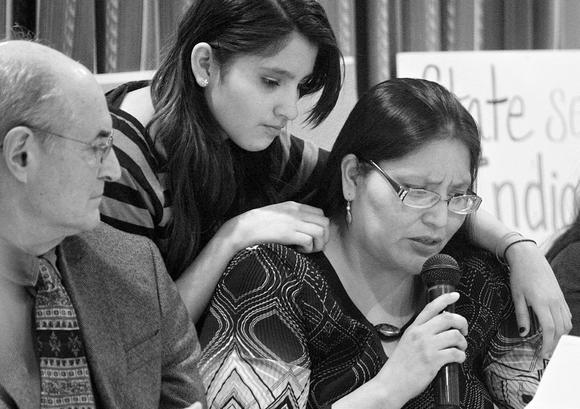 Pevar and Hanna learned of the child-removal cases separately. In fact, Hanna was actually in the courtroom waiting for one of his cases to go before the judge when he witnessed Pappan and her husband lose their children. The two attorneys joined together in 2011 to begin strategizing a way to seek redress for the tribes and their families. As Hanna began locating individual plaintiffs, he also met with tribal officials from the Rosebud Sioux and Oglala Sioux Tribes to present the idea of having the tribes sue under the principle of parens patriae — a legal term which means “parent of the nation.” Under this legal doctrine, the tribes sued on behalf of their tribal members — an approach that had never been attempted before under ICWA and one which the judge in this case permitted.

Because of these numerous violations, the individual plaintiffs also sued on behalf of all other Native American parents in a similar situation both now and in the future.

Fight for the Future

In March 2013, Oglala Sioux Tribe v. Van Hunnik was filed in the United States District Court for the District of South Dakota. That day, Walking Eagle, Pappan, Young, their tribal chairmen, ICWA advocates, and at least a hundred tribal members gathered at a Rapid City hotel to announce their historic lawsuit, which claimed that officials in the state were violating federal law in eight respects.

They were not seeking monetary compensation or a reversal of any previous rulings. They wanted wholesale, systemic change in the way the state conducts its 48-hour hearings that result in the removal of Native American children from their families and communities without affording fair procedures. 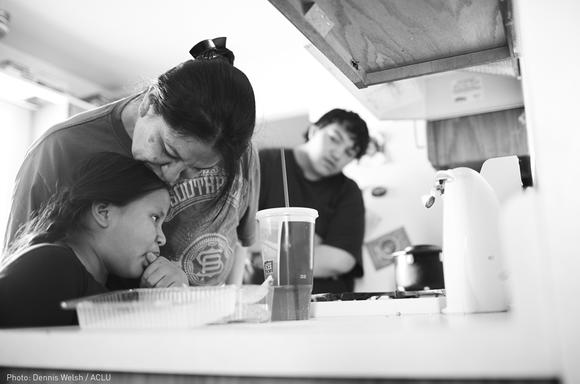 On March 30, 2015, in a precedent-setting victory, the court ruled in favor of the plaintiffs on seven claims, and the eighth claim is pending. The court found, among other things, that state officials were violating the rights of Native American children and their parents and tribes to:

Noting systemic failures and rampant abuses within the system, the court made it clear that, “Indian children, parents and tribes deserve better.”

Sadly, Walking Eagle did not see the resolution of the case. She passed away in 2014.

The court has now directed both sides in this case to submit proposals for fixing these violations, and a remedial order is expected soon. The ACLU, along with the Oglala Sioux Tribe, the Rosebud Sioux Tribe, and all other plaintiffs in the case, will then make certain that state officials fully implement that order.

For the plaintiffs in Oglala, the struggle for justice and due process has taken a critical step forward toward achieving the goals of ICWA — maintaining the integrity and cultural heritage of America’s Native tribes and preserving the rights and protections of Native American parents and children today and into the future.

A version of this article originally appeared in STAND Magazine, a publication for ACLU members and supporters.

Indigenous Students Should Be Allowed to Wear Tribal Regalia at Graduation

We Need Accountability for Those Who Commit Violence Against Native Women

When a Two-Year Sentence Becomes a Death Sentence