In 2015, video surfaced of a police officer violently dragging a Black girl from her school desk. He was arresting her, and using shockingly excessive force, because she was “disturbing school,” a vague law that more or less made it a crime for a student to be loud, to talk back to staff or school police. In other words, it criminalized being a kid.

Unsurprisingly, this law has disproportionately affected students of color, who are already over-policed outside the school walls, so we sued in August 2016. Last week, we scored a victory on behalf of all students who have been pulled into the maze of the state’s criminal justice system.

On Thursday, South Carolina Gov. Henry McMaster signed an amendment repealing the crime of disturbing schools for students in the state of South Carolina. The importance of this law being signed cannot be understated. Its passage will eliminate a major source of the school-to-prison pipeline, which has caused grievous and lifelong harm to students across South Carolina.

In addition to the immediate harms of being arrested and subjected to the criminal justice system, students are also subject to more severe discipline that can include expulsion or assignment to alternative programs that fail to provide a pathway to graduation. Stigma and further disconnect from school are also likely to follow, increasingly jeopardizing school success. And a criminal record alone can close the door to employment, college, and housing opportunities.

When we filed our lawsuit, thousands of youth were arrested each year for things like talking to another student after being sent out of class, cursing in the lunchroom, and even for speaking out against police misconduct.  The vague terms of the law, which criminalized youth considered disturbing or obnoxious at school, also allowed for disparate and discriminatory enforcement.

Sadly yet unsurprisingly, the circumstances in South Carolina are consistent with those found in many other jurisdictions. Across the country, Black youth and students of color, as well as students with disabilities, are more likely to be disciplined and arrested in school. Our culture of mass punishment that starts in schools is partly to blame. The law’s wording itself is also partly to blame. Disparities are more likely to be found when an offense is defined using subjective terms, allowing implicit bias to creep in and be weaponized by the Orwellian-named “school resource officers,” who are nothing more than cops in school.

In South Carolina and elsewhere, the impacts are devastating for youth. For example, when children are pushed into the juvenile justice system from school, they are less likely to graduate and more likely to have future involvement with the criminal justice system. Fortunately, research on adolescent development has led to the creation of many school-based approaches to youth behavior that are more effective for both schools and children.

In the year after we filed our lawsuit, the Department of Juvenile Justice reported a sharp decline in disturbing schools arrests. Schools, police, and communities were beginning to change their approach to school children.  The repeal of the disturbing schools crime for students is a further substantial step in the right direction for South Carolina’s students. We will continue to fight to ensure that no young person is treated as a criminal simply for being a child. No child’s education should be disturbed by racist and backward, and now illegal, “disturbing schools” laws anywhere in this country.

What To Say When You Encounter The Police:
Good afternoon officer. I am happy to see to that you are so diligently protecting not only the public's life and property, but our civil rights as well. I am proud to see that my tax dollars are being well spent. Now, what can I do for you today?

So basically black kids can do what they want because they are black....

Shall I go on or do you get my point.

Go on because you have not made a valid point.

so basically let me see if I understand this correctly. The ACLU believes you can disrupt school and there be no consequences, correct? Let's see how they would like it if you went and Disturbed one of their ACLU, left-wing radical meetings. I bet they would call the police on you in a heartbeat. But we know what this is really about right? This is about protecting black thug students who will not act like human beings but like criminals. So if you're black and as long as you're not disturbing the ACLU and you can go right on ahead

Wasn't this "girl" 18 years old and, thus, an adult? If she's 18 and still choosing to act like a petulant child that's on her. Adults shouldn't be permitted to disrupt the education of children. In other words, she needs to grow up and get serious about her education or quit so she's not stopping others from learning.

I think the idiot who wrote this " because I'm black" article, just answered their own question. Black youth is disruptive, they like to be "seen" and "heard" and will get angry when no one pays their antics any attention. It's not because you're "black" that gets you into trouble and expelled, it's your ignorance and stupidity, and your flamboyant attitude. We have rules in society...and if you can't live by these rules, then we have institutions that can help you find respect and a better understanding of how you need to conduct yourself in public.

Sad that the ACLU sees bad behavior of students as nothing more than a biased system.

Until blacks are considered to be held responsible for their behavior, they are not going to change. This means stop popping out bastard children for some ons else to support. Get an education all yiu have to do is go to school. Get a job, use birth control, it is free at the health dept. Be responzible.

Have you been prescribed for birth control? Because clearly, you're not educated either. 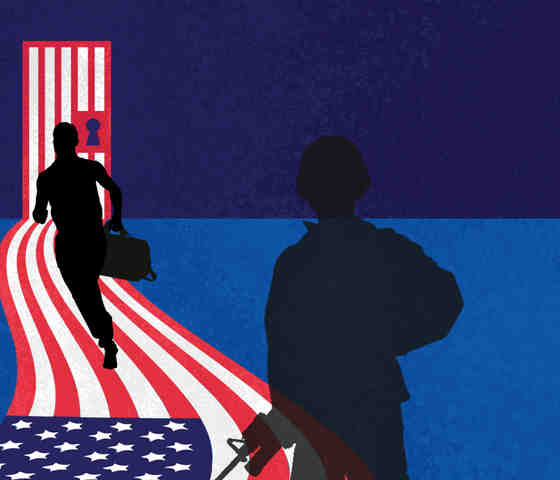