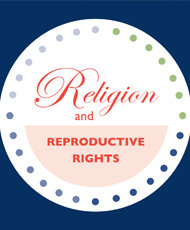 A Catholic-owned hospital in Arizona recently made national headlines for demoting a nun for approving an abortion for a pregnant mother of four to save her life. While most of us would like to think this was an isolated incident, based on the Catholic Church's response and other reports, it wasn't and it won't be. Today the ACLU asked the federal government to investigate and take action against these hospitals. Denying such care is not only unethical, it also violates federal law. Our government should ensure that emergency rooms that open their doors to the public provide all necessary emergency care, including abortion. No hospital, religiously affiliated or otherwise, has a right to impose its beliefs to deny anyone necessary emergency medical care.

The details of the Arizona story are deeply troubling. St. Joseph's Hospital and Medical Center, a Catholic-owned hospital in Phoenix, Arizona, provided a life-saving abortion to a young mother of four. After the incident was reported in the media, my colleague, Alexa Kolbi-Molinas, blogged about the issue here. A young woman was 11 weeks pregnant and dying from pulmonary hypertension. The hospital's Ethics Committee determined that if the woman wanted to terminate the pregnancy to save her life, her physicians would be permitted to do so under the Ethical and Religious Directives under which Catholic hospitals operate. The woman decided to terminate the pregnancy, and an abortion was performed.

Sister Margaret Mary McBride was the liaison between the Ethics Committee and the physicians who were treating the pregnant woman. Sister McBride, a nurse with more than 30 years experience in health care administration, was demoted because of her role in facilitating the abortion. The Roman Catholic Diocese of Phoenix, which oversees St. Joseph's, denounced the abortion and issued a statement explaining that abortion is never allowed in Catholic health facilities, even to save the life of the woman. The United States Conference of Catholic Bishops also indicated that Sister McBride was properly punished for her role in the abortion when it issued a statement clarifying that an abortion like the one performed at St. Joseph's was inconsistent with the Ethical and Religious Directives. Although St. Joseph's provided the life-saving care that the patient needed, Sister McBride's subsequent treatment and the diocese's and the Catholic Bishops' unambiguous statements send the message to hospital employees, at St. Joseph's and at other Catholic hospitals around the country, that they risk punishment if they provide life-saving pregnancy terminations in the future.

We all know that, unfortunately, a pregnant woman can suffer complications that require emergency attention to save her health or her life, and the care she receives should not be limited based on which emergency room she was admitted to. Catholic hospitals operate 15 percent of the hospital beds in the country, and are often the only hospital in a particular community, and therefore the only place where a woman can obtain care. As a result, many pregnant women who seek emergency reproductive health care in Catholic hospitals do not share the religious beliefs of the hospital, and may not receive appropriate medical care. Moreover, doctors and other hospital personnel should not risk losing their jobs to treat these women.

We know that what happened at St. Joseph's was not an isolated incident. Catholic-owned hospitals across the country have refused to provide emergency abortions, as documented in a recent article in the American Journal of Public Health. For example, a doctor in the Northeast decided to leave a Catholic-owned hospital after he was forced by the hospital's ethics committee to risk a pregnant patient's life. The woman was in the process of miscarrying at 19 weeks of pregnancy. She was dying: her temperature was 106 degrees, she had disseminated intravascular coagulopathy, which is a life-threatening condition that prevents a person's blood from clotting normally and causes excessive bleeding. This patient was bleeding so badly that the sclera, the whites of her eyes, were red, filled with blood. Despite the fact that there was no chance the fetus could survive, the ethics committee told the doctor that he could not perform the abortion the woman needed to save her life until the fetus's heartbeat stopped. After the delay, the patient was in the Intensive Care Unit for 10 days, and developed pulmonary disease, resulting in lifetime oxygen dependency.

The proper, compassionate course of action is to provide these women with appropriate emergency care. Hospitals are also obligated under federal law to do so. We hope that our government will enforce these laws to ensure that women and their families can enter any hospital emergency room and be assured that they will receive the proper care to protect their health and their lives.

Taxpayers Shouldn’t Have to Fund Religious Education: How Today’s Supreme...